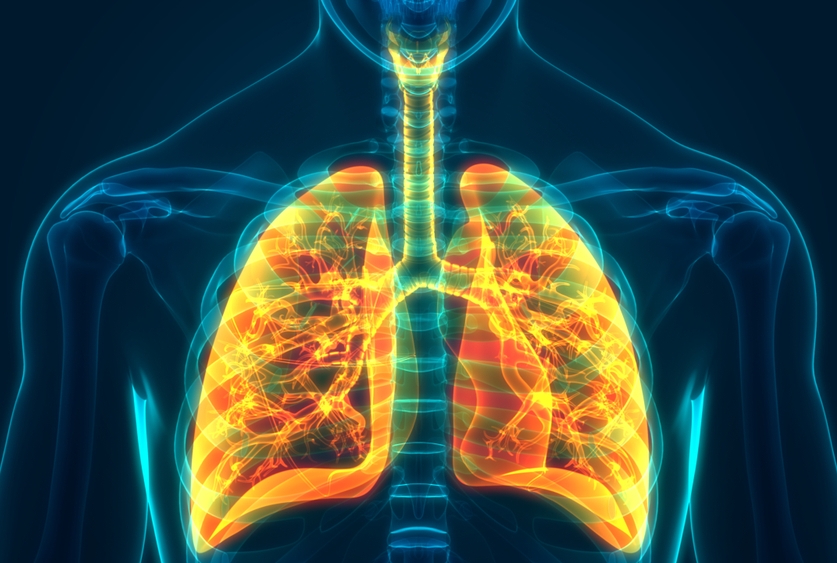 Weill Cornell Medicine has been awarded a five-year, $7.8 million grant from the National Heart, Lung, and Blood Institute, part of the National Institutes of Health, to study whether the antibiotic doxycycline may slow the progression of the chronic lung disease emphysema in people living with well-controlled HIV.

“There are no available treatments for addressing emphysema progression. Inhalers commonly prescribed to patients with the disease only alleviate airway symptoms,” said co-principal investigator Dr. Robert Kaner, an associate professor of genetic and clinical medicine at Weill Cornell Medicine and an associate attending physician at the NewYork-Presbyterian/Weill Cornell Medical Center. “If doxycycline can slow the lung damage caused by emphysema, it would be a landmark finding.”

Emphysema is a type of chronic obstructive pulmonary disease (COPD). It damages the walls of air sacs in the lungs, reducing the surface area available for gas exchange and making it harder to breathe. Smoking is the biggest risk factor for developing the disease. Up to 30 percent of people with HIV develop emphysema in their lifetime.

“Smoking rates are at least double among people living with HIV, about 30 to 40 percent compared to 13 percent for individuals who are HIV-negative,” said Dr. Marshall Glesby, co-principal investigator and associate chief of the Division of Infectious Diseases at Weill Cornell Medicine and NewYork-Presbyterian/Weill Cornell Medical Center. “However, even after adjusting for smoking status, emphysema is more severe and progresses faster in individuals with HIV than in those who are HIV-negative.”

The grant was awarded based on findings from previous research initiated by Dr. Kaner and colleagues at Weill Cornell Medicine roughly 15 years ago. They discovered that lung fluid samples from individuals with HIV and early emphysema had increased levels of enzymes called matrix metalloproteinases (MMPs), which are known for their role in breaking down healthy tissue. The investigators also demonstrated in laboratory research that HIV could bind to airway cells and reprogram them to release MMP.

Doxycycline is an approved, oral antibiotic typically used to treat bacterial infection and prevent tissue breakdown in conditions such as severe acne and gum disease. In the latter instance, it acts as an MMP inhibitor. Accordingly, Drs. Kaner and Glesby conducted a pilot study among 27 individuals living with HIV and COPD or emphysema and had a history of smoking to confirm that doxycycline twice daily over 24 weeks was safe and well-tolerated. They observed a trend toward reduced MMP-9 levels in lung fluid compared to treatment with a placebo.

The present grant is funding a phase 2 clinical trial of doxycycline in a larger number of individuals with HIV and emphysema who are current or former smokers. The study aims to recruit 250 participants at 18 collaborating sites across the United States. Patients are randomized to receive either doxycycline or a placebo twice daily for 72 weeks. The researchers will determine whether doxycycline can effectively slow emphysema progression by analyzing test results that measure the surface area of the lung available for gas exchange, high-resolution computed tomography scans and patient-reported outcomes on breathing ability and quality of life.

“We are coordinating all of the clinical trial sites that we selected for their expertise in pulmonology and infectious diseases, representing a substantial collaboration with other institutions,” said Dr. Glesby, who is also a professor of medicine and population health sciences and director of the Cornell HIV Clinical Trials Unit at Weill Cornell Medicine.

“If doxycycline can successfully slow emphysema progression in patients with HIV, future research could also explore whether it or other MMP inhibitors would work well in patients without HIV,” Dr. Kaner said. “Deciding what to do next will be an excellent problem to have.”