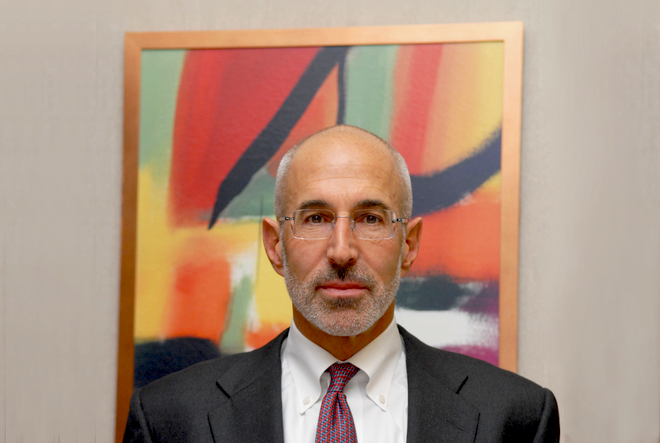 Cohen oversaw a range of central administrative departments, including Capital Planning, Engineering and Maintenance, Environmental Health and Safety, Finance, Budget and Financial Strategy, Human Resources, Housing, Risk Management, and Information Technology and Services, which are responsible for providing efficient daily operations for the institution’s nearly 9,000-person workforce. Working closely with three Weill Cornell Medicine deans, the Board of Fellows and the Office of External Affairs, Cohen executed institutional strategy in alignment with three fundraising campaigns, the most recent being We’re Changing Medicine. He also served as the principal liaison to the financial and administrative offices at parent university Cornell University in Ithaca and clinical partner NewYork-Presbyterian.

Under his leadership, Weill Cornell Medicine’s faculty and staff increased by 130 percent, its physical footprint by 120 percent, and its operating revenues by 170 percent. Located in one of the most competitive medical and real estate markets in the country, the institution’s clinical enterprise now reaches patients in three New York City boroughs and on eastern Long Island—an expansion Cohen helped make possible. He spearheaded planning for state-of-the-art research spaces, including the Belfer Research Building, and oversaw development of new student living and learning spaces. A champion of maximizing the back office, Cohen modernized Weill Cornell Medicine’s administrative infrastructure to support its staff and operations.

“When I think of Steve and everything that Weill Cornell has accomplished over the last 16 years, I am most struck by his vision and ambition,” said Dr. Augustine M.K. Choi, the Stephen and Suzanne Weiss Dean of Weill Cornell Medicine. “No challenge was ever too great for Steve. His ingenuity and keen understanding of real estate and health care administration have been tremendous and left an indelible mark on every programmatic area. We’ve endured two economic downturns, severe weather events, the COVID-19 pandemic, and yet at every turn Weill Cornell Medicine emerged stronger. It’s a testament to his extraordinary leadership, for which we are immensely grateful.”

“Weill Cornell had always been outstanding clinically. We always had a strong physician organization,” Cohen said. “What we needed to do institutionally was develop the scientific side to create a better balance.”

Driven by an increasing emphasis on bench-to-bedside research, Weill Cornell Medicine invested in its scientific facilities, with the 18-story, $650 million Belfer Research Building, which opened in 2014, as the centerpiece of that effort. Cohen spearheaded planning for the building, securing institutional, governmental and regulatory approvals to construct and occupy the facility and arranging the financing—all amid the Great Recession of 2007-09. He programmed it for optimal use and created an administrative infrastructure to support the scientists working there. Since 2006, Weill Cornell Medicine’s research support from the National Institutes of Health increased by 160 percent.

“Working with NewYork-Presbyterian on our clinical strategy is essential,” Cohen said. “We have to be integrated on the clinical side and have a seamless interface with patients across the clinical spectrum, from primary care to secondary care, diagnostics, procedures and postsurgical care. We’ve made great strides and we’ll continue to enhance that continuum.”

This research and clinical growth have set the stage for the institution’s next phase, with a focus on data-driven clinical research.

“Our real growth opportunity—and indeed our responsibility—is to grow the institution’s clinical research capabilities,” Cohen said. “That means experimental therapeutics that might eventually get U.S. Food and Drug Administration approval, pragmatic trials (designed to show the real-world effectiveness of an intervention in broad patient groups) and a lot of data-based analysis of information that’s already in medical records.”

This expansion would not be possible without three fundraising campaigns. The Weill Greenberg Center, Belfer Research Building and a number of other capital projects, including the Feil Family Research Building, the Feil Family Student Center and a planned residence hall that is the centerpiece of the We’re Changing Medicine campaign, relied critically on the generosity of Weill Cornell Medicine’s many donors. Cohen and his team, in collaboration with the Office of External Affairs and the institution’s Board of Fellows, realized the promise of those campaigns.

“Our fundraising campaigns have catalyzed our growth and change. We never would have been able to achieve what we have without them,” Cohen said, crediting Board of Fellows Chairman Emeritus Sanford I. Weill, current board Chairman Jessica M. Bibliowicz, Dean Emeritus Antonio M. Gotto, Jr. and current dean Dr. Choi for their leadership.

“Steve was always thoughtful in how philanthropy could help make these projects meaningful,” Bibliowicz said. “He instinctively understood how to marry a donor’s interest with opportunities and visionary ideas that would advance Weill Cornell Medicine—which fueled even more philanthropy. His partnership was invaluable.”

“This is the most competitive marketplace in the country,” Cohen said. “Administrative inefficiency would be a killer. We can’t be competitive if we don’t have a top-tier group of dedicated business and technology professionals.”

Cohen and his team also played vital roles helping Weill Cornell Medicine withstand several external challenges, including extreme weather events that can threaten a medical facility’s efficiency and infrastructure. The institution remained largely unscathed from Superstorm Sandy in 2012 because of thoughtful planning from Engineering and Maintenance, Cohen said. The most recent obstacle came from the public health and economic emergencies wrought by the COVID-19 pandemic.

“All of a sudden, instead of seeing 10,000 outpatients a day we were seeing 300 a day,” Cohen said. “Aside from the devastating human toll of the pandemic, we had to manage our expenses very, very carefully.”

Cohen credits his team for their dedication and expertise that not only helped the institution overcome those obstacles, but also run smooth and efficient operations every day.

“Each of them was hired for their domain experience, but they also have to be aware of the political complexities, the economic complexities, the implementation complexities,” he said. “We go out of our way to support each other. They own it. They feel it personally and are committed to the institution, their staff, their tasks and the future. That is the secret to our success. They relished the opportunity and the challenges. We had a lot of fun. We laughed a lot, especially at ourselves.”

In reflecting on his time at Weill Cornell Medicine, Cohen recalled the medical center’s more than two-century-long commitment to health care leadership.

“Being associated with Weill Cornell Medicine and being a part of this great history is the proudest moment of my career,” said Cohen, who will now teach in the Executive MBA/MS Healthcare Leadership Program. “It’s an honor and a privilege.”