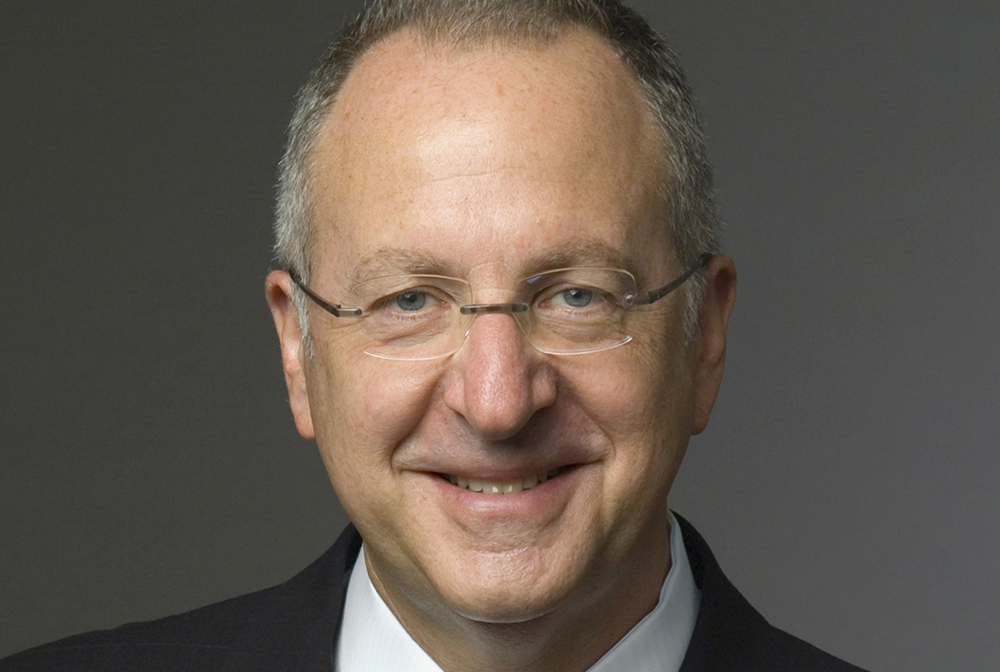 A Key Priority: Enhance Research Connectivity between Ithaca and Manhattan

New York, N.Y. (October 26, 2006) — In the presence of New York City Mayor Michael Bloomberg, Peter C. Meinig, chairman of the Board of Trustees of Cornell University, and Sanford I. Weill, chairman of the Board of Overseers of Weill Cornell Medical College, Cornell University President David J. Skorton announced today that the university and its Weill Cornell Medical College (WCMC) are launching a $4 billion capital campaign — the largest for Cornell, New York's land grant university, and the second largest goal in the history of higher education — to advance education, discovery, and public service, and to make transformative contributions in areas of critical social importance.

In announcing the university's largest campaign ever, Skorton summed up its purpose, stating, "Cornellians view the challenges we face in our communities — here in New York City, throughout the state or around the world — as opportunities to take bold and dramatic action. This is about responding to people's needs by pushing back the boundaries of education discovery and service, and fully realizing a role we have already begun to play: land grant institution to the world." Skorton added, "With today's announcement and over $1 billion ($1,030 million) in gifts and pledges already committed, we are well on our way to realizing this bright vision."

Commenting on the prospects of the new campaign, Peter C. Meinig, chairman of the Board of Trustees of Cornell University said, "This campaign represents one of the most ambitious initiatives in the history of academia." Meinig added, "With the continued encouragement of our friends, the guidance of our campaign co-chairs, and the generosity of Cornell's remarkable alumni, we will continue to make Cornell an exemplary academic citizen in an interconnected world."

The comprehensive campaign will raise in excess of $4 billion to support under-graduate and graduate students, with a focus on increasing scholarship support and financial aid; recruiting the next generation of faculty, scientists, and scholars; and by renewing and building state-of-the-art facilities best suited for 21st century teaching, learning, and research, across the university's campuses.

"With leadership from Cornell and Weill Cornell, New York City will continue to emerge as a top center for biomedical research," stated New York Mayor Michael Bloomberg. "Soon, this Biomedical Research Building will house the minds that will unlock scientific breakthroughs that will transform the way that patients are treated, both here in New York and around the globe."

"The impact of this campaign on higher education and research will be felt across the State of New York and across the world" said Sanford I. Weill, chairman of the Board of Overseers of Weill Cornell Medical College. "It is my belief that one day, the translational research conducted by doctors at Weill Cornell and Cornell scientists in Ithaca will help to eradicate some of the world's most daunting and debilitating health threats while improving the quality of life for all. Our goal is to speed research discoveries from the bench to the bedside, where they can improve the quality of care and the quality of life for patients here in the city, across the nation, and around the world. These efforts will further establish New York City as a center for leading-edge biomedical research."

With the campaign announcement, beginning at Weill Cornell Medical College, the launch spotlights the expanding collaboration between Cornell's Ithaca and New York City campuses, which encompasses areas such as biomedical engineering; cancer-related cell biology; nano-medicine; chemical biology and experimental therapeutics; and global health and infectious diseases — all in the service of improving health and saving lives. In fact, a shared pool of campaign funding will be earmarked specifically for these upstate/downstate, cross-disciplinary collaborations.

One example of an early collaborative success between the two campuses was on display today: the partnership to create a biodegradable artificial skin that promotes healing for burn victims. Dr. Suzanne Schwartz, assistant professor of research in surgery at Weill Cornell Medical College, and Hua Song, a Ph.D. candidate in Cornell University's Fiber/Polymer Science Program, were on hand to help to demonstrate the results of the research in fibers used to create a synthetic dressing made from amino acids. Fireman Stephen Halliday, a former patient at the New York-Presbyterian/Weill Cornell Hearst Burn Center, was also available to offer testimony on how this research could benefit future burn victims.

"Ultimately, this campaign will enhance all the elements that have always distinguished Cornell: the quality of our faculty and students, a unique combination of basic and applied research and teaching, a culture of collaboration, and a beautiful and exciting campus," said Cornell University Provost Biddy Martin. "Buoyed by the optimism and imagination a successful campaign will inspire, Cornell will for undergraduate, graduate, and professional students, and conducting world-class research at the cutting edge, but also at the heart of every field."

"One of the most important aspects of this campaign is the commitment to expand collaborative research across disciplines and across campuses to produce life-saving advances in science and medicine," said Dr. Antonio M. Gotto, Jr., Stephen and Suzanne Weiss Dean of Weill Cornell Medical College and Provost of Medical Affairs of Cornell University. "By bridging the distance between Ithaca and Manhattan and bringing our best research minds together to develop solutions for the most daunting health issues of our time, I am confident we will unlock scientific and medical discoveries that can improve lives around the globe."

In a letter addressed to Cornell President David J. Skorton, Governor George Pataki voiced his encouragement for Cornell, stating that "led by outstanding institutions like Cornell University, the Joan and Sanford I. Weill Medical College, Cornell's Ithaca campus colleges...New York has firmly established itself as a dynamic leader in the fields of bio-medicine and biotechnology. I have every confidence that the Empire State will remain in the forefront of the worldwide academic and scientific revolution that is taking place in these exciting fields for many years to come...As you know, I have been a strong supporter of our land grant university, Cornell, for many years, and for good reason..."

"We have work to do," said Skorton. "By securing Cornell's place as a world-class institution of higher education, discovery, and outreach, we will remain a vibrant member of the community at home in Tompkins County, in New York City, and throughout the state. In the long run, I am convinced that is the best way we can contribute to the viability of our communities."

Over all, the success of the collaborative $4 billion campaign will support advancements impacting all aspects of the Cornell community, providing for:

At Weill Cornell in New York City, the campaign will fund programs such as: