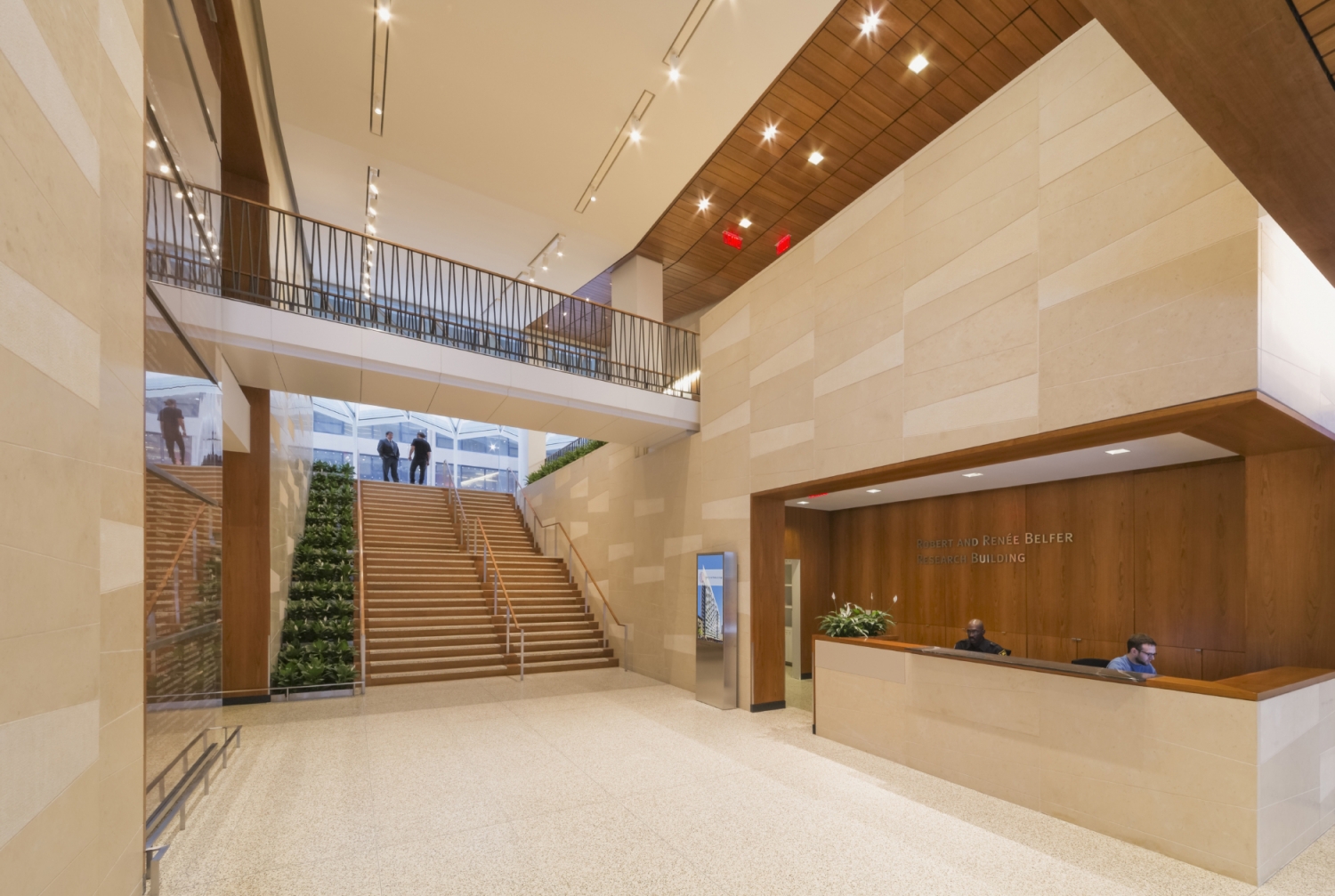 Weill Cornell hosted a ribbon-cutting ceremony today in the presence of U.S. Sen. Charles E. Schumer, U.S. Rep. Carolyn B. Maloney, and New York City Councilman Ben Kallos, as well as Cornell University's Board of Trustees and the Weill Cornell Medical College Board of Overseers, to commemorate the building's opening after seven years of fundraising and nearly four years of construction. 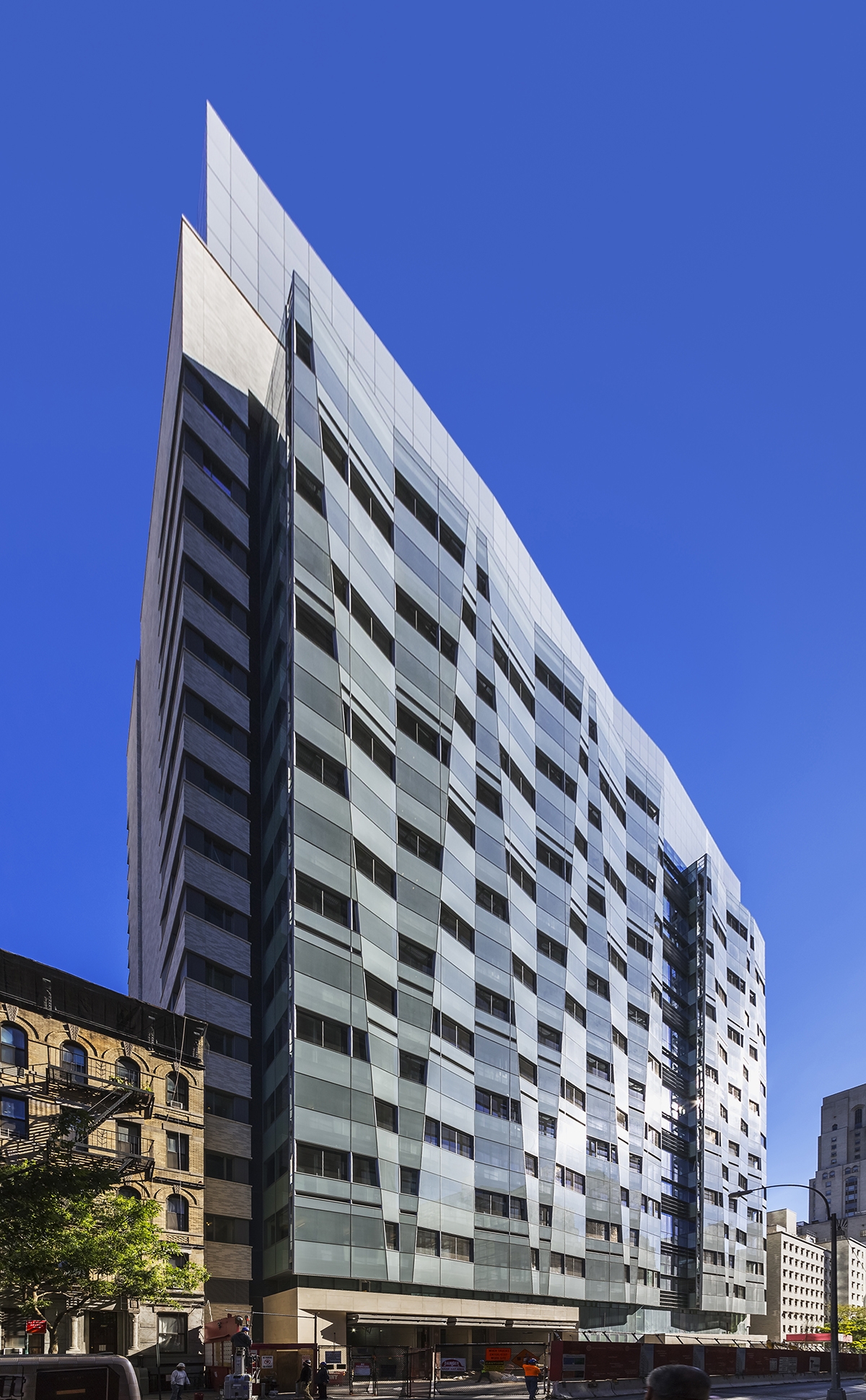 The 480,000-square-foot building, located at 69th Street and York Avenue, is devoted to translational bench-to-bedside research targeting some of the most formidable health challenges of the 21st century, including cancer, cardiovascular disease, metabolic diseases, neurodegenerative diseases such as Alzheimer's and Parkinson's, children's health, global health and infectious diseases. Its proximity to the adjacent Weill Greenberg Center, the medical college's flagship ambulatory care center at 1305 York Ave. at 70th Street, ensures that breakthroughs made in the laboratory can be quickly and seamlessly applied to patient care as improved treatments and therapies in the clinic. The Belfer Research Building will also serve as a nucleus where physician-scientists, educators, students and researchers from Weill Cornell and around the globe can collaborate on the latest discoveries and research breakthroughs.

"Weill Cornell is an undisputed leader in cutting-edge medical education and research, and I am absolutely certain that the opening of the Belfer Research Building will only add to its sterling reputation," Sen. Schumer says. "It is medical institutions like Weill Cornell that have enabled New York to become a world leader in the medical field, and projects like Belfer that will ensure New York stays at the top."

"The Belfer Research Building is a monumental achievement for Weill Cornell, the city and the state of New York," says Sanford I. Weill, chairman of the Weill Cornell Medical College Board of Overseers. "Through the remarkable generosity of our many donors — we received an impressive 154 gifts of $1 million or more to our campaign, including $100 million from Bob and Renée Belfer, for whom the building is named — Weill Cornell has been able to dramatically expand its research enterprise in record time. This building is a testament to the power of public-private partnerships and the collaborative discoveries it promises will cement our role as one of the world's leading centers for biomedical research."

"Today marks an extraordinary milestone for Weill Cornell," says Dr. Laurie H. Glimcher, the Stephen and Suzanne Weiss Dean of Weill Cornell Medical College. "Our new Belfer Research Building is an inspiring symbol of scientific breakthroughs that can advance patient care, enhance health and change lives. I am deeply appreciative of our loyal donors and friends, distinguished physicians and scientists, and our esteemed government and civic leaders, whose unwavering dedication and support is a testament to this building's promise."

"My wife Renée and I along with our children and grandchildren are deeply honored to have our name associated with such a noble effort and such a remarkable building," says Robert Belfer. "This world-class facility will catalyze biomedical research discoveries and empower Weill Cornell's brilliant scientists and our newest recruits to develop game-changing therapies that can transform human health. It's the embodiment of Weill Cornell's vision and mission, and it's the legacy one hopes for when considering philanthropy."

The Belfer Research Building is the centerpiece of Weill Cornell's Discoveries that Make a Difference campaign, launched in 2006 and successfully completed last year. Of the $1.3 billion raised, nearly $400 million was gifted by more than 100 donors to support construction of the Belfer Research Building, with an additional $152 million dedicated to program support and to endowments and recruitment of leading researchers. Among Weill Cornell's philanthropic support was a $250 million gift from Joan and Sanford I. Weill and gifts totaling $100 million from Maurice R. "Hank" Greenberg, his wife Corinne and The Starr Foundation. 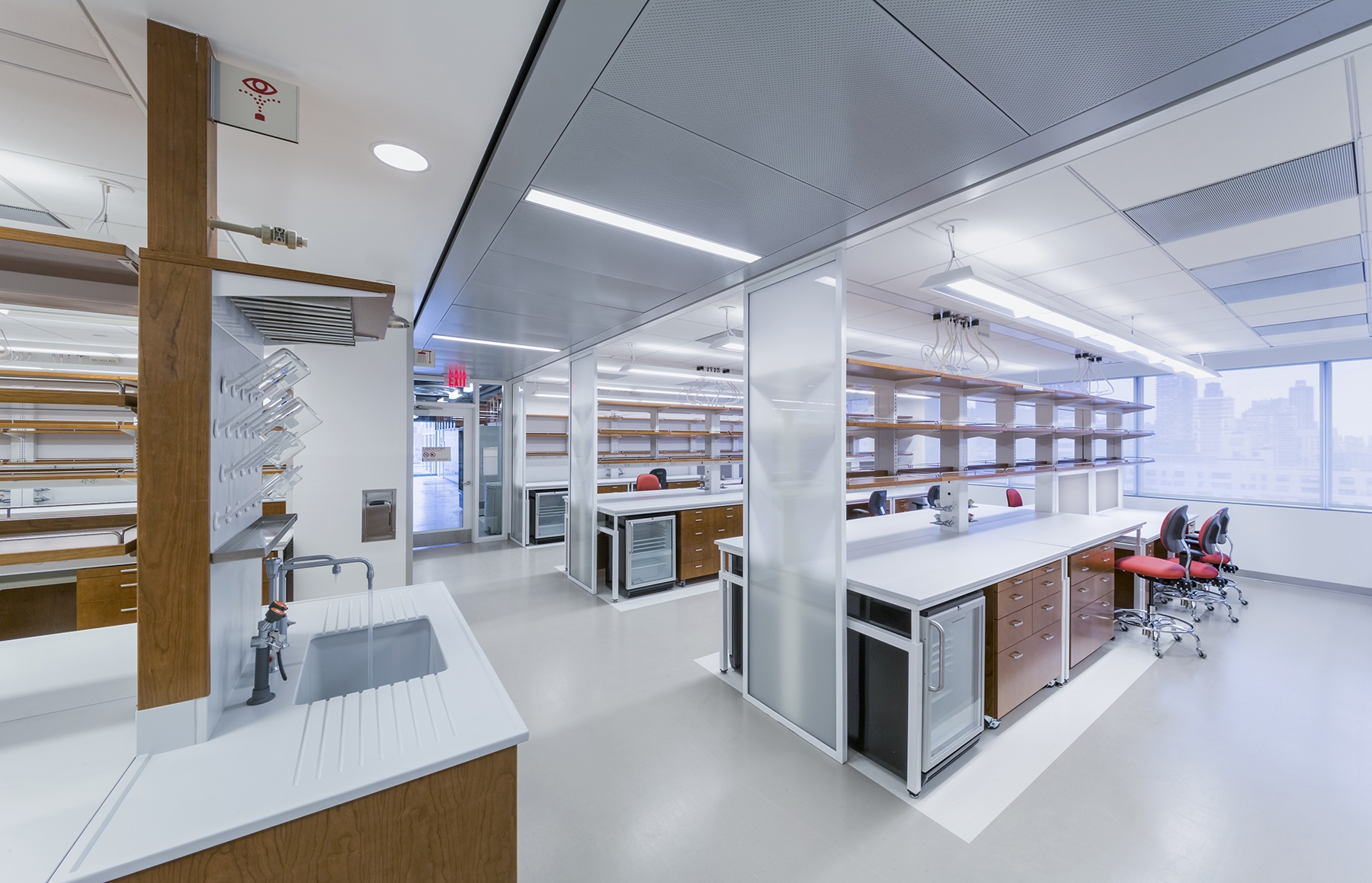 The Belfer Research Building features 13 floors of laboratories equipped with the most advanced research technology.

The Belfer Research Building includes 13 floors of laboratories equipped with the most advanced research technology. Its open floor plan and thematic orientation is designed to break down research silos and foster cross-disciplinary collaboration among Weill Cornell's premier scientists, transforming the paradigm for high-impact translational research. Scientists from multidisciplinary translational research centers and institutes focused on precision medicine, neurodegenerative diseases, diabetes, cardiovascular disease and the molecular underpinnings of cancer will investigate alongside one another to encourage unconventional partnerships. This new research standard will empower Weill Cornell's world-class scientists and attract additional top-tier talent to the medical college.

"The completion of the Belfer Research Building represents a major expansion of Cornell University's footprint in New York City," says David J. Skorton, president of Cornell University. "It opens the door to an even greater role for Weill Cornell physicians and researchers in benefitting the health and wellbeing of New Yorkers and many others around the globe. I am deeply grateful to everyone who helped make this building a reality, whether by skilled and dedicated work or through visionary philanthropy."

"Because Cornell University has world-class programs in the basic sciences and in medicine, we are in a uniquely strong position to deliver on the great promise of translational research to solve some of the world's most intractable medical problems," says Bob Harrison, chairman of the Cornell University Board of Trustees. "The Belfer Research Building will be a magnet for collaborations between researchers and clinicians from our Ithaca and Weill Cornell campuses, and I have no doubt that the work they do here will be transformative."

"This is clearly a momentous event in the history of science at Weill Cornell Medical College," says Dr. Gary Koretzky, dean of the Weill Cornell Graduate School of Medical Sciences and senior associate dean for research at Weill Cornell Medical College. "This is an institution that is excellent in its science and we seek to be absolutely outstanding. In our new Belfer Research Building, internationally renowned scientists will tackle our greatest health care challenges, pinpointing the cellular origins of disease and finding targeted treatments for conditions such as cancer, diabetes, cardiovascular disease and neurodegenerative diseases. Weill Cornell is committed to making a difference in this world by enhancing human health, and I am excited for what we can accomplish."

Designed by Todd Schliemann, a founding partner and design principal for Ennead Architects, the Belfer Research Building uses sustainable materials, highly efficient mechanical systems and green construction. The building is designed to maximize energy efficiency and features a high-performance, double-skinned fritted glass curtain wall with openings and sun-shading devices that enhance visual and thermal comfort. The building design maximizes natural light, ample yet effective space design and the functional use of sustainable materials to enhance quality of life within the building. Energy-efficient HVAC, lighting control and water conservation systems will enable the Belfer Research Building to save approximately 30 percent on energy consumption and reduce carbon dioxide emissions by approximately 26 percent, in comparison to a building complying with the minimum requirements set by typical industry guidelines and standards. Weill Cornell is seeking gold certification from the Leadership in Energy and Environmental Design, the nationally accepted benchmark for the design, construction and operation of high-performance green buildings.

The Belfer Research Building is designed to complement the medical college's National Healthcare Design Award-winning Weill Greenberg Center, which Ennead completed in 2007. A two-story space extends from the Belfer Research Building's entrance to a landscaped garden on the interior of the block on the second floor, connecting the two buildings and creating an internalized "campus green." Conference rooms, lounge and study spaces, as well as a café are connected to the garden.

In addition to laboratory space, the Belfer Research Building features The Starr Foundation-Maurice R. Greenberg Conference Center and Terrace. This space, which spans the second and third floors, includes a reception hall and three conference rooms equipped with video-conferencing technology for in-house and international meetings. In addition, the Daisy and Paul Soros Student Meeting Room, located on the first floor, provides an inviting open space where students can study, relax and meet.