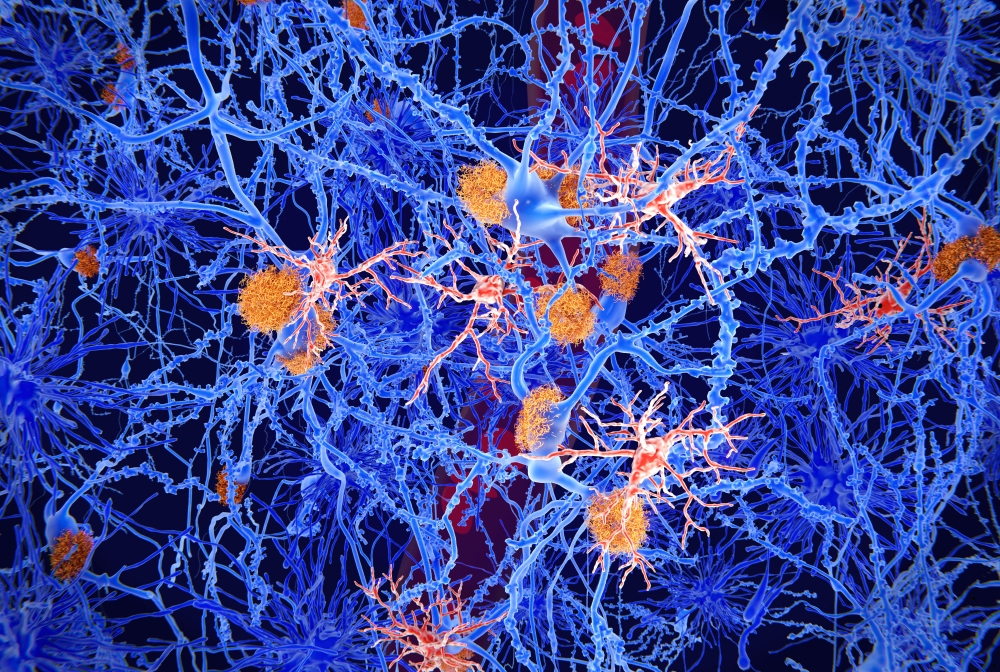 The discovery of how to shift damaged brain cells from a diseased state into a healthy one poses a new potential path to treating Alzheimer’s and other forms of dementia, according to a new collaborative study from researchers at UC San Francisco and Weill Cornell Medicine.

The research focuses on microglia, cells that stabilize the brain by clearing out damaged neurons and the protein plaques often associated with dementia and other brain diseases.

“These cells are understudied, despite the fact that changes in them are known to play a significant role Alzheimer's and other brains diseases,” said Dr. Martin Kampmann, associate professor at the Institute for Neurodegenerative Diseases in the UCSF Weill Institute for Neurosciences and co-senior author on the study, which appears Aug. 11 in Nature Neuroscience.

“We were able to overcome limitations in microglia research by building a new platform to generate microglia in the lab using inducible stem cells,” said co-senior author Dr. Li Gan, director of the Helen and Robert Appel Alzheimer’s Disease Research Institute and the Burton P. and Judith B. Resnick Distinguished Professor in Neurodegenerative Diseases in the Feil Family Brain and Mind Research Institute at Weill Cornell Medicine.

“Now, using a new CRISPR method we developed, we can uncover how to actually control these microglia, to get them to stop doing toxic things and go back to carrying out their vitally important cleaning jobs,” Dr. Kampmann said. “This capability presents the opportunity for an entirely new type of therapeutic approach.”

Most of the genes known to increase risk for Alzheimer’s disease act through microglial cells, making it clear that they can have a big effect on how such neurodegenerative diseases play out, said Dr. Kampmann.

This makes sense because microglia act as the brain’s immune system. Ordinary immune cells can’t cross the blood-brain barrier, so it’s the task of healthy microglia to clear out waste and toxins, keeping neurons functioning at their best. When microglia start losing their way, the result can be brain inflammation and damage to neurons and the networks they form.

Under some conditions, for example, microglia will start removing synapses between neurons. While this is a normal part of brain development in a person’s childhood and adolescent years, it can have disastrous effects in the adult brain.

Over the past five years or so, many studies have observed and profiled these varying microglial states but haven’t been able to characterize the genetics behind them.

Dr. Kampmann and his team wanted to identify exactly which genes are involved in specific states of microglial activity, and how each of those states are regulated. With that knowledge, they could then flip genes on and off, setting wayward cells back on the right track.

From Advanced Genomics to a Holy Grail

Accomplishing that task required getting around some fundamental obstacles that have prevented researchers from being able to control gene expression in these cells. For example, microglia are very resistant to the most common CRISPR technique, which involves getting the desired genetic material into the cell by using a virus to deliver it.

To overcome this obstacle, Dr. Gan and Dr. Kampmann teamed up to coax stem cells donated by human volunteers to become microglia and confirmed that these cells function like their ordinary human counterparts.

“By providing the stem cells with a road map, we gave them a fast track to become microglia in a week, a process that usually takes over a month,” said Dr. Gan.

The team then developed a new platform that combines a form of CRISPR that enables researchers to turn individual genes on and off (which Kampmann had a significant hand in developing), with readouts of data that indicate functions and states of individual microglia cells.

Through this analysis, the team was able to pinpoint genes that effect the cell’s ability to survive and proliferate, how actively a cell produces inflammatory substances, and how aggressively a cell prunes synapses.

Beyond that, because the scientists had determined which genes control those activities, they were able to reset genes, flipping the cell from a diseased state to a healthy one.

Armed with this new technique, the next step is to investigate how to control the relevant states of microglia, targeting the cells with existing pharmaceutical molecules and testing them in preclinical models. The ultimate goal is to identify specific molecules that act on the genes necessary to nudge diseased cells back to healthy states.

Many Weill Cornell Medicine physicians and scientists maintain relationships and collaborate with external organizations to foster scientific innovation and provide expert guidance. The institution makes these disclosures public to ensure transparency. For this information, see profile for Dr. Li Gan.

The original version of this story appeared in the UCSF newsroom.