COVID-19 Virus Can Cause Inflammation in Infected Placentas 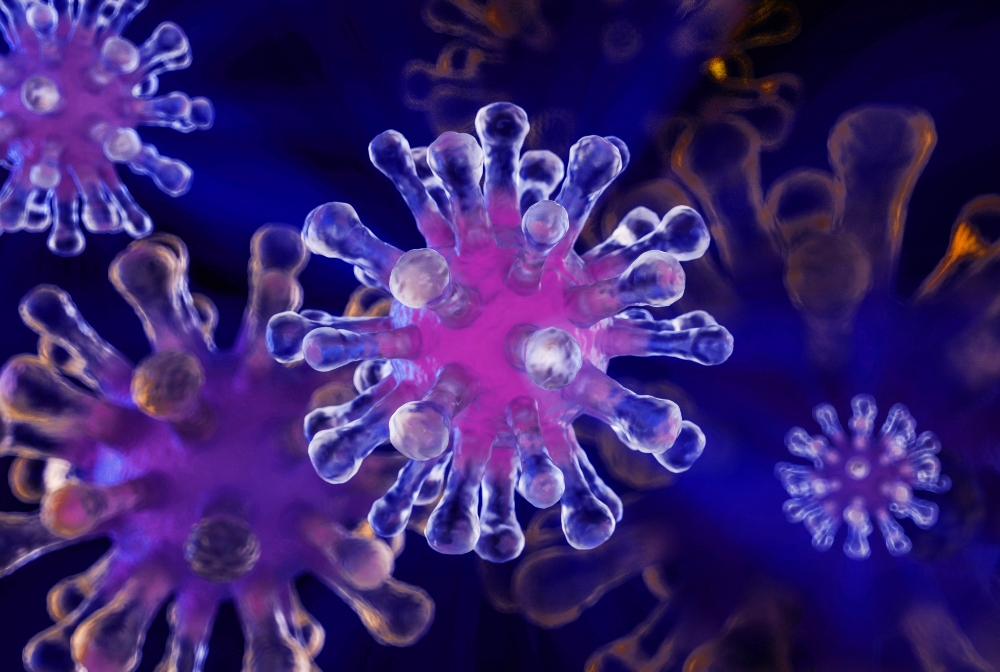 SARS-CoV-2 infections of women in late pregnancy frequently spread to their placentas and led to inflammation, according to a study from investigators at Weill Cornell Medicine and NewYork-Presbyterian. The findings suggest that further research is needed on the virus’s effects in pregnancy and underscore the current recommendation by the U.S. Centers for Disease Control and Prevention that pregnant women continue to take precautions, such as masking, social distancing and vaccination, to reduce their risk of SARS-CoV-2 infection.

In the study, published April 11 in iScience, the researchers found signs of SARS-Cov-2 infection, inflammation and tissue damage in 22 of the placentas from 52 mothers who tested positive for the virus at the time of delivery at NewYork-Presbyterian/Weill Cornell Medical Center. The researchers also determined in laboratory studies that more recent SARS-CoV-2 variants, including the Delta variant, were more likely to infect placental tissue than the original strain.

“The main message from these findings is that placental infection can happen with SARS-CoV-2 and can lead to severe inflammatory responses in the placenta—and that raises questions about the short- and long-term effects on newborns,” said co-senior author Dr. Heidi Stuhlmann, professor and acting chair of cell and developmental biology and of biochemistry and the Harvey Klein Professor of Biomedical Sciences at Weill Cornell Medicine.

The study was a collaboration that also included the laboratories of Dr. Robert Schwartz, associate professor of medicine in the Division of Gastroenterology and Hepatology, and Dr. Shuibing Chen, the Kilts Family Professor of Surgery, at Weill Cornell Medicine. The co-first authors are Lissenya Argueta, a senior graduate student in the Stuhlmann lab, Dr. Lauretta Lacko, a postdoctoral associate in surgery in the Chen lab, and Dr. Yaron Bram, a research associate in medicine in the Schwartz lab.

Some viral infections in pregnancy are known to raise the risk of adverse birth outcomes and developmental disorders. Placental inflammation due to infection is viewed as a possible mediator of these effects.

While studies show that pregnant people with covid are at greater risk of certain pregnancy complications, much is still unclear about SARS-CoV-2’s effects in pregnancy. Recent large studies indicate that SARS-CoV-2 infected mothers with moderate or severe symptoms are more likely to experience adverse events during pregnancy and after birth, for example, preterm births, postpartum hemorrhage and an increased risk of stillbirth or early neonatal death. However, transmission of the virus from infected mothers to their newborns appears to be extremely rare.

To shed light on these issues, the team studied the placenta—the organ that develops between fetus and mother to deliver nutrients, oxygen and hormones to the developing fetus—from a series of 52 pregnant women who tested positive for SARS-CoV-2 at the time they delivered.

The researchers found that significant placental abnormalities were absent in four control placentas from uninfected mothers but were present in a majority of the placentas from infected mothers—33 of the 52 (64 percent) had potentially serious placental pathologies known as fetal vascular malperfusion, or maternal vascular malperfusion, which affect maternal blood flow to the fetus, or both.

In addition, although no newborn tested positive, 22 of the 52 placentas (42 percent) tested positive for SARS-CoV-2 genetic material. Two of these placentas had very high levels of the Alpha variant virus: one was associated with stillbirth, the other with severely preterm birth necessitating extended intensive care.

The researchers’ examinations of the two most highly infected placentas revealed significant infiltration of maternal immune cells as well as signs of inflammatory damage to placental tissue—which likely contributed to the adverse birth outcomes.

Finally, the researchers showed in lab experiments that placental cells that are in contact with maternal blood can be infected with SARS-CoV-2. They showed also that more recent variants of the virus including the Delta variant—the study concluded just before the Omicron wave—were generally better able to infect placental tissue, compared to the original virus.

The researchers have been following up with further studies, including of placentas infected during the Omicron wave.

“The evidence we have gathered so far supports the idea that newer variants are better not only at infecting mothers but also at infecting placentas,” Dr. Chen said.

“To resolve the question of long-term impacts, we’re going to need to set up large cohort studies that follows children born to mothers with SARS-CoV-2 for years,” said Dr. Schwartz, who is also a hepatologist at NewYork-Presbyterian/Weill Cornell Medical Center.