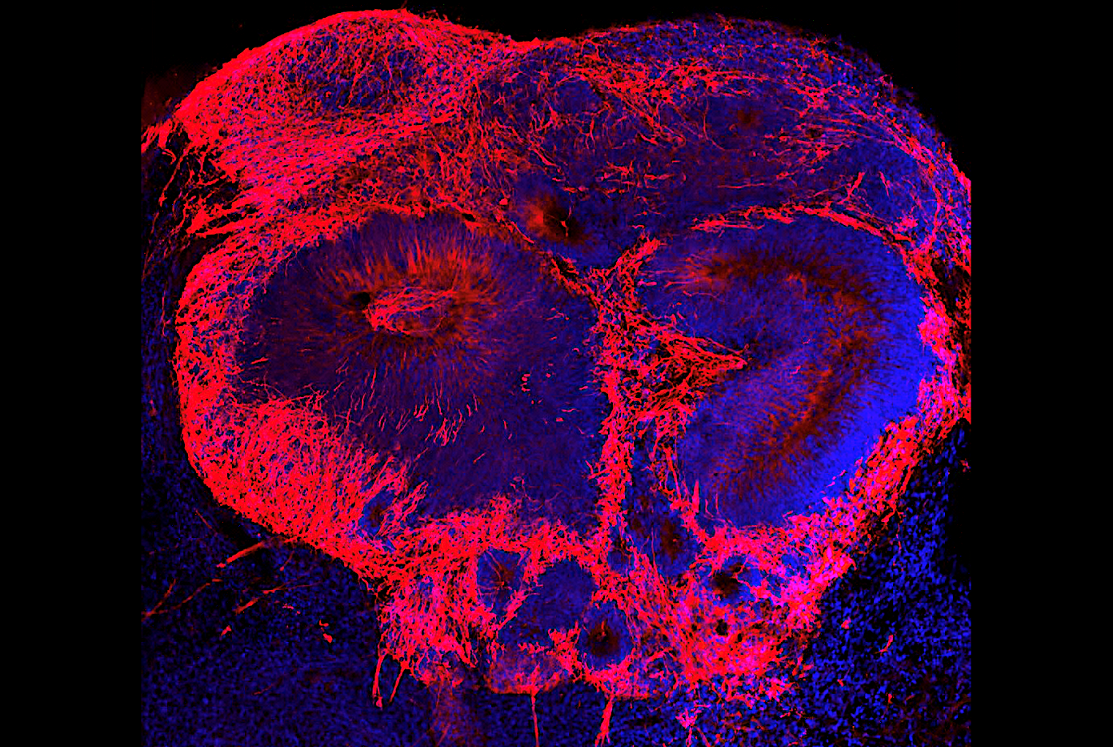 Multiple changes in brain cells during the first month of embryonic development may contribute to schizophrenia later in life, according to a new study by Weill Cornell Medicine investigators.

The researchers, whose study was published in Molecular Psychiatry on Nov. 17, used stem cells collected from patients with schizophrenia and people without the disease to grow 3-dimensional “mini-brains” or organoids in the laboratory. By comparing the development of both sets of organoids, they discovered that a reduced expression of two genes in the cells stymies early development and causes a shortage of brain cells in organoids grown from patient stem cells.

“This discovery fills an important gap in scientists’ understanding of schizophrenia,” said senior author Dr. Dilek Colak, assistant professor of neuroscience at the Feil Family Brain and Mind Institute and the Center for Neurogenetics at Weill Cornell Medicine. Symptoms of schizophrenia typically develop in adulthood, but postmortem studies of the brains of people with the disease found enlarged cavities called ventricles and differences in the cortical layers that likely occurred early in life.

“There were hints schizophrenia started during early development, but we didn’t have proof,” Dr. Colak said.

By growing organoids from stem cells collected from up to 21 human stem cell donors, the team, led by first author Dr. Michael Notaras, a former NHMRC CJ Martin Fellow in Dr. Colak’s lab, was able to grow brain tissue with each patient’s exact genetic make-up. Then, they used single-cell RNA sequencing to compare gene expression in individual cells in patient’s tissue and in tissue grown from people without schizophrenia.

“We found a common pathology among all the patients with schizophrenia despite each of the patients having distinct disease presentations,” Dr. Colak said.

“We’ve made a fundamental discovery providing what we think is the first evidence in human tissue that multiple cell-specific mechanisms exist and likely contribute to risk of schizophrenia,” said Dr. Notaras. “This forces us, as a field, to reconsider when disease truly begins and how we should think about developing the next generation of schizophrenia therapeutics."

Dr. Colak and her colleagues are currently using the mini-brains to start to tease out the role of individual cell types and to better understand how genetic factors may interact with the environment to cause schizophrenia. They are focusing on the role of endothelial cells, cells that typically line the blood vessels and release important immune molecules called cytokines. The mini-brain’s grown from patients with schizophrenia had an excess of early endothelial-related cells, which could lead to an excessive immune response to infection.

“This may explain the link between maternal infections during pregnancy and schizophrenia seen in mouse studies,” Dr. Colak said.

In addition to helping scientists better understand schizophrenia, Dr. Colak said she thinks that mini-brains grown from patient’s stem cells may be a useful tool for studying other brain diseases.

“The technique could be used to study the early life pathology of late-onset neuropsychiatric or neurodegenerative diseases like Alzheimer’s disease or Huntington disease,” Dr. Colak said.