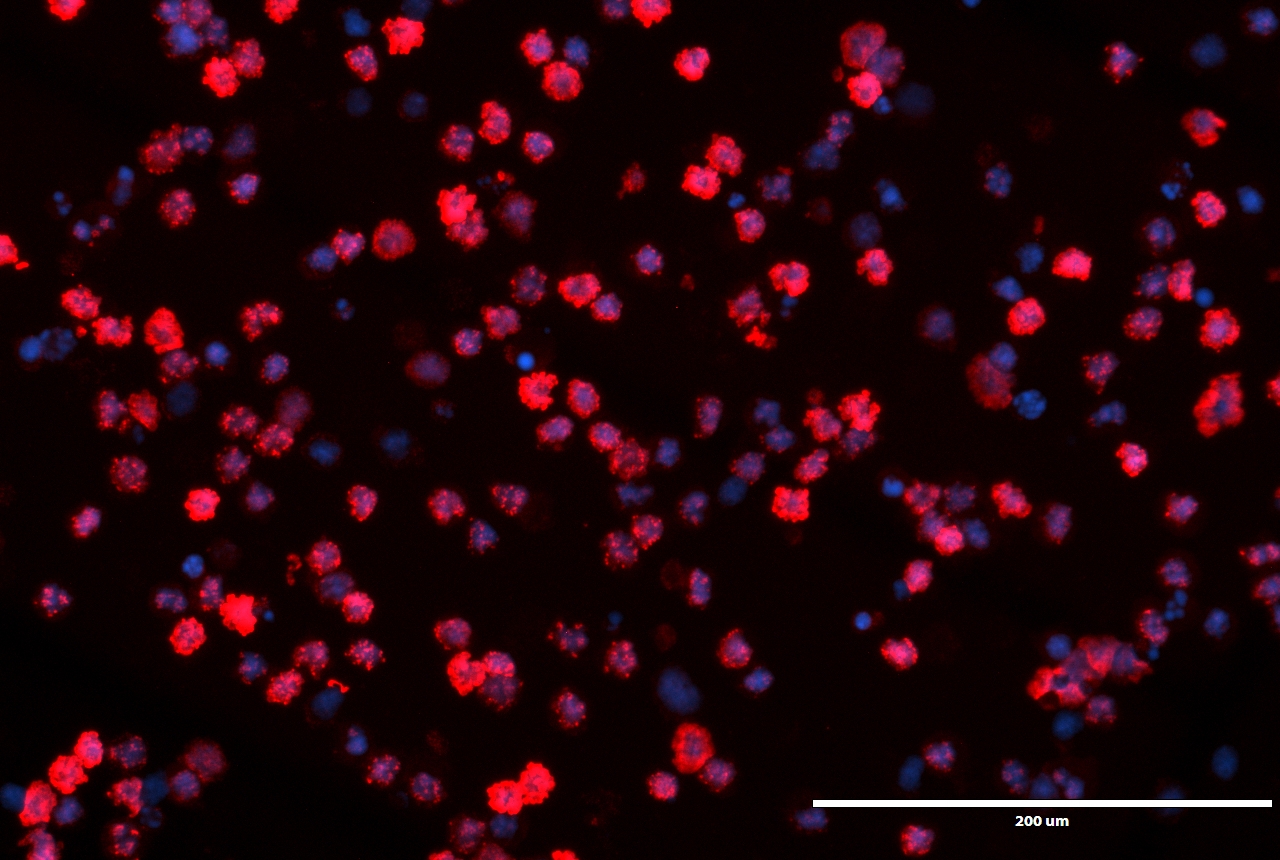 Molecular "bookmarks," which allow cells to retain their characteristics during cell division, ensure fast reactivation of critical cell identity genes after cell division, according to investigators at Weill Cornell Medicine. The new work helps illuminate a process that has puzzled biologists for decades and suggests new strategies for modulating cell fate both for stem cell therapy and cancer treatment.

When cells undergo division, or mitosis, they temporarily shut down their normal gene regulatory systems to compact their DNA. Because gene expression patterns determine a cell's identity, that presents a problem; after mitosis, how do the two daughter cells know what kind of cells they are supposed to be?

"Every time the cell divides, most molecular features that define that cell are temporarily perturbed. Even in textbooks, people will talk about mitosis as a crisis of cell identity and a window of opportunity for a new identity to arise," said senior author Dr. Eftychia Apostolou, assistant professor of molecular biology in medicine and a member of the Sandra and Edward Meyer Cancer Center at Weill Cornell Medicine. “The molecular mechanisms that dictate these identity decisions during this window are almost entirely unknown.”

The new study, published March 16 in Molecular Cell, examined the molecular re-establishment of cell identity after cell division in pluripotent stem cells. These cells have a tremendous biomedical significance, since they can be propagated in culture at large numbers, while maintaining the potential to differentiate to any somatic cell type of interest for disease modeling or potentially cell replacement therapy. These cells also provide an ideal model for studying the mitotic identity crisis, since each time they divide, they need to decide whether they maintain their stem cell identity or begin differentiating into a specific tissue type. In the laboratory, scientists have developed specific methods for studying this decision point and the underlying molecular changes as the cells exiting mitosis.

"You start with something like a tabula rasa in mitosis, where many of the cell-type defining features are erased, so we first wanted to map the degree of perturbation in mitosis and the dynamic resetting in the daughter cells," said Dr. Apostolou. With Tri-Institutional MD/PhD student Bobbie Pelham-Webb and Dr. Alexander Polyzos, instructor of molecular biology in medicine, spearheading the project, and several other lab members and collaborators assisting, Dr. Apostolou's team choreographed a tightly synchronized, multi-layered analysis of the molecular resetting of pluripotent stem cell identity after cell division.

The effort focused on three distinct types of gene control: transcriptional regulation; overall changes in the three-dimensional organization of the genome; and modifications to histones, structural and regulatory proteins that condense DNA into chromatin inside the cell nucleus. Because they wanted to study changes in these patterns over time, the investigators also had to synchronize the cells' mitotic cycles, to ensure that the majority of the population would be undergoing the same changes simultaneously.

By combining several new analytical techniques, the researchers were able to construct a four-dimensional map of molecular changes in freshly divided stem cells, revealing new information about the process. For example, they identified distinct waves of transcriptional activation and 3D chromatin reorganization, with different classes of genes turning on at different times. Specifically, genes critical for maintaining the pluripotent stem cell identity are among the first to be reset, while genes involved in “housekeeping” processes such as metabolism are activated slower.

Dr. Apostolou's team also found that even when stem cells are cultured to maintain their undifferentiated identity, they briefly activate genes that would cause them to differentiate, before deactivating them again.

"They turn the genes on temporarily. If there is nothing out there for them to respond to, they are switched off again, and they continue to remain undifferentiated," said Dr. Apostolou. By exploiting that window of opportunity, scientists working on stem cell-based therapies may be able to differentiate cells more precisely and efficiently.

In this study, funded by the NIH and the Tri-Institutional Stem Cell Initiative, a research collaboration of Weill Cornell Medicine, Memorial Sloan Kettering Cancer Center, and The Rockefeller University, the investigators also unraveled an important mechanism that controls which genes will be turned on and when during this process. Specifically, they found that the presence of a particular mitotic “bookmark,” the active histone modification H3K27ac, is critical for the fast and robust reactivation of the pluripotent stem cell program, and erasure of this mark during mitosis significantly compromised this process. This finding also points towards potentially novel strategies for attacking cancer cells.

"If you find what is critical for maintaining any cell’s identity—including cancer cells— during this window of increased vulnerability, you can find new ways to more effectively break it," said Dr. Apostolou.