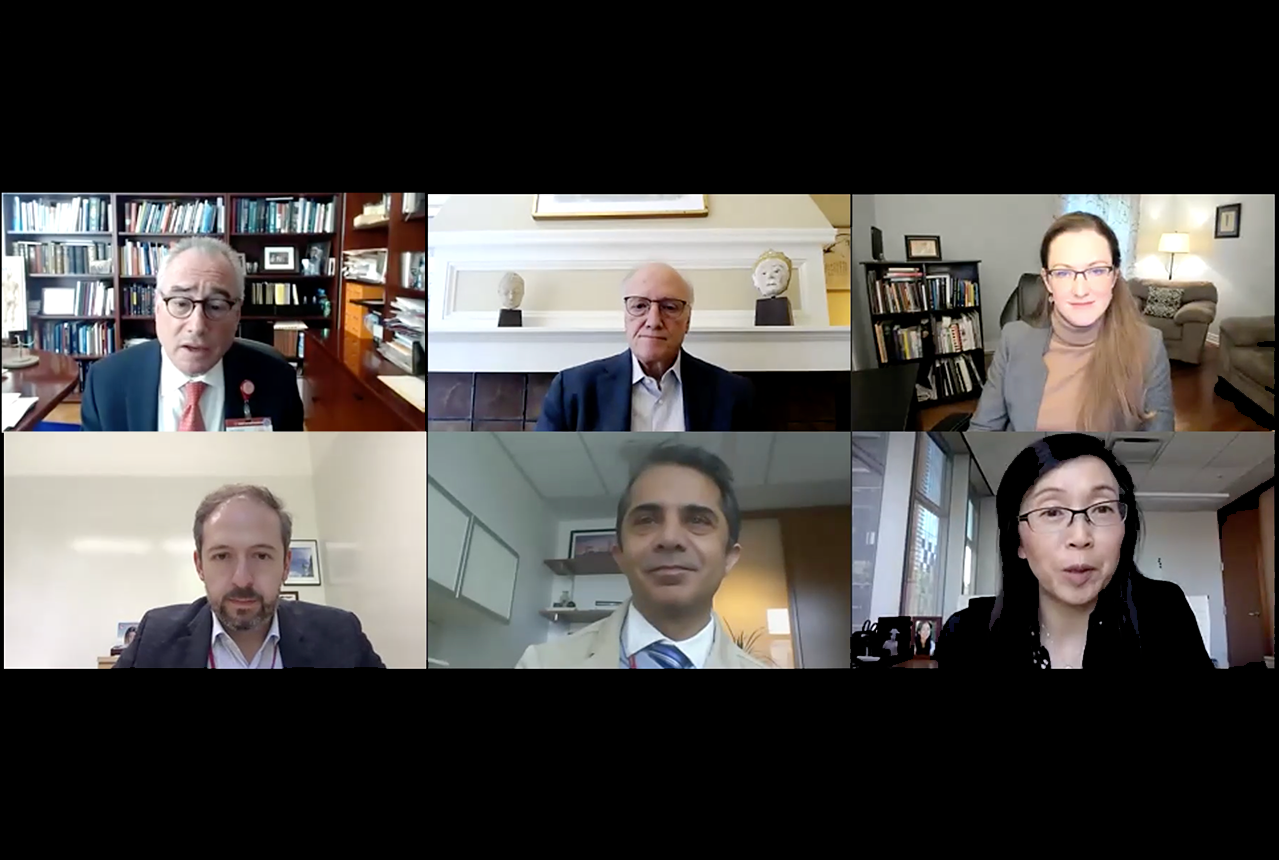 Investigators on the forefront of research into neurodegenerative disorders shared some of their latest discoveries and possible implications for treatment at the eighth annual Appel Alzheimer's Disease Research Institute Symposium, held remotely on Oct. 14.

“Alzheimer’s is a terrible disease and one of the fastest growing diseases in the country, particularly because of the rapidly aging population,” said Overseer Vice Chair Robert J. Appel. “There’s a continued need to support research and the development of treatments.”

The symposium reflects the mission of the Appel Institute, which is “to fight against neurodegenerative diseases, in particular Alzheimer’s, Parkinson’s and frontotemporal dementia, as well as degenerative disease caused by rare mutations,” said Appel Institute Director Dr. Li Gan, also the Burton P. and Judith B. Resnick Distinguished Professor in Neurodegenerative Diseases in the Feil Family Brain and Mind Research Institute at Weill Cornell Medicine. “We have a strong translational research focus on discovering new treatments,” she said.

This year’s program featured Dr. Jonathan Kipnis, director of the Center for Brain Immunology and Glia (BIG), the Alan A. and Edith L. Wolff Distinguished Professor of Pathology and Immunology, and a professor of neurology, neuroscience and neurosurgery at Washington University School of Medicine in St. Louis; Dr. Anna G. Orr and Dr. Manu Sharma, both assistant professors of neuroscience in Weill Cornell Medicine’s Feil Family Brain and Mind Research Institute and members of the Appel Institute; and Dr. Bruce L. Miller, the A.W. and Mary Margaret Clausen Distinguished Professor in Neurology and director of the Memory and Aging Center in the Weill Institute for Neurosciences at the University of California, San Francisco, and co-director of the Global Brain Health Institute.

Dr. Kipnis addressed how the brain rids itself of potentially harmful molecules that may contribute to cognitive decline. In the rest of the body, waste is removed through the lymphatic system. “However, the brain doesn’t have lymph vessels, so the question is, ‘how does it clean itself?” he asked. Studies in animals and humans show that the membranous covering of the brain, or the meninges, contains tiny vessels that help to circulate fresh cerebrospinal fluid (CSF) through the brain.

Lymphatic vessels along the venous sinus help drain away “dirty” CSF. This process helps to clean out harmful molecules such as amyloid proteins, which are associated with Alzheimer’s disease. If the brain’s cleaning system is clogged or damaged, even the best medicine can’t get in to remove the amyloid, Dr. Kipnis said. Enhancement of the meningeal lymphatic system vessels with therapeutics may help treatments reach the brain.

Dr. Orr presented new insights into the pathobiology of glial cells called astrocytes and what these cells might mean for new treatments. Astrocytes are a type of cell in the central nervous system that is critical for neuronal function. “If we can understand how astrocytes support, maintain and modulate neurons, we may be able to generate novel types of treatment that protect not just neurons but also glial cells, which may also be impaired in dementia.”

Astrocytes listen in on communication between synapses, or the tiny space between neurons through which signals are relayed, and protect synapses from dysfunction. Astrocytes have sophisticated molecular mechanisms that enable crosstalk with neurons. Dr. Orr and her team have found that astrocytic signaling affects cognitive function and memory. Atypical changes in the structure and function of astrocytes are associated with dementia and may promote cognitive decline.

“If we can understand what mediates these changes and how they impact the disease process, we may be able to generate better treatment strategies,” Dr. Orr said.

Dr. Sharma’s lab has been studying how alpha synuclein, a protein associated with Parkinson’s disease and cognitive impairment, exits the neuron to then infect other neurons. Alpha synuclein accumulates in the cytoplasm of neurons in various forms, including protein deposits called Lewy bodies, and then spreads throughout the brain over time.

Dr. Miller addressed how frontotemporal dementia (FTD) affects the part of brain that is responsible for language and behavior. Physicians categorize FTD into three different subtypes: behavioral; semantic variant, meaning the gradual loss of the meaning of words; and nonfluent, meaning difficulty speaking but still understanding the meaning of words. “The big mistake historically is that we would treat these all as one thing,” said Dr. Miller.

The behavioral form of FTD typically starts as a disorder in which patients lose inhibitions and become apathetic and antisocial, Dr. Miller said. Patient behavior greatly impacts caregiver mental health and overall wellbeing. Dr. Miller noted that the COVID-19 pandemic has exacerbated the challenges associated with caregiving. Furthermore, older adults are already at risk of developing neurodegenerative disease, and COVID-19 appears to create problems with cognition in some people. Researchers are considering how the pandemic will ultimately contribute to neurodegenerative disease. The lingering neurological “symptoms of COVID-19 patients are real and significant,” he said.