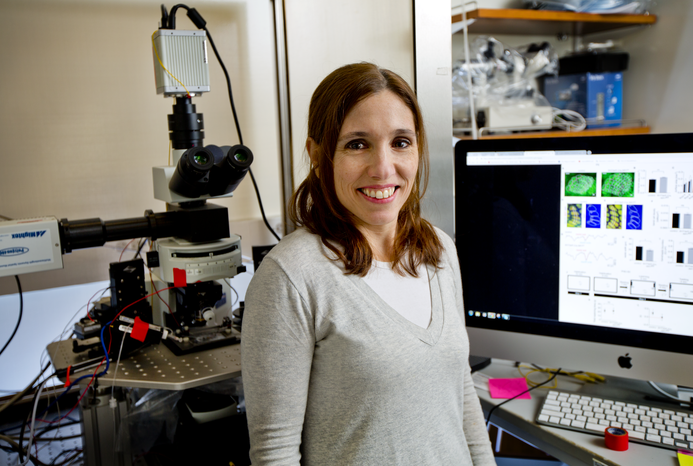 Decreased amounts of a neurotransmitter called GABA, whose main function is to reduce activity in the brain, leads to changes in the number of neurons in the developing brain and alters signaling between them, according to new research by Weill Cornell Medicine investigators. The findings could lead to an improved understanding of autism and sensory processing disorders.

There are two kinds of neurons in the cortex: Excitatory neurons “fire” and pass signals on to other neurons and inhibitory neurons—interneurons—stop signals from being transmitted through the nervous system. In mammals, the nervous system matures during early life, establishing a balance of the two kinds of neurons. Alterations in the way neurons connect or communicate with one another during this period can affect long-term cognitive and behavioral responses.

In the study, published Nov. 25 in Neuron, senior author Dr. Natalia De Marco García, an associate professor of neuroscience in the Feil Family Brain and Mind Research Institute at Weill Cornell Medicine, and colleagues investigated how altered GABA neurotransmitter signaling affects the balance between inhibitory and excitatory neurons in the brains of newborn mice.

“Normally, a brain contains about 80% of excitatory neurons and 20% inhibitory neurons,” Dr. De Marco García said. “When that ratio is altered – there is too little inhibition or too many excitatory neurons, or if there is the wrong number of interneurons, which help neurons communicate with each other, we see conditions such as autism or other behavioral alterations.”

At birth, mice have many more interneurons than the brain needs. In the first week of life, the young brain undergoes a process in which the number of interneurons is adjusted. Dr. De Marco García’s team, including first authors Zhe Ran Duan, a graduate student at the Weill Cornell Graduate School of Medical Sciences, and Drs. Alicia Che and Philip Chu, postdoctoral associates at Weill Cornell Medicine, found that neurons are organized into clusters in the brain. This protects interneurons from death and ensures that the proper ratio of excitatory neurons to inhibitory neurons is established correctly. “Without the pruning of interneurons, the brain becomes hypersynchronous or overexcited,” Dr. De Marco García said. “There is activity between neurons that shouldn’t be happening. This is a hallmark of conditions like autism.”

The study, which was done in collaboration with Drs. Conor Liston of Weill Cornell Medicine and Rosa Cossart of Aix Marseille University in France, may help investigators understand how autism spectrum disorder and other conditions that affect sensory processing arise.

“We know that if you modify the activity of interneurons early in development, you alter the capacity of that mouse to process sensory information,” Dr. De Marco García said. “This becomes important not just for primary sensory input, but also for early social interactions, which are influenced by tactile input, and may determine social behavior in adulthood.”