A New Strategy for Protecting the Brain After Strokes 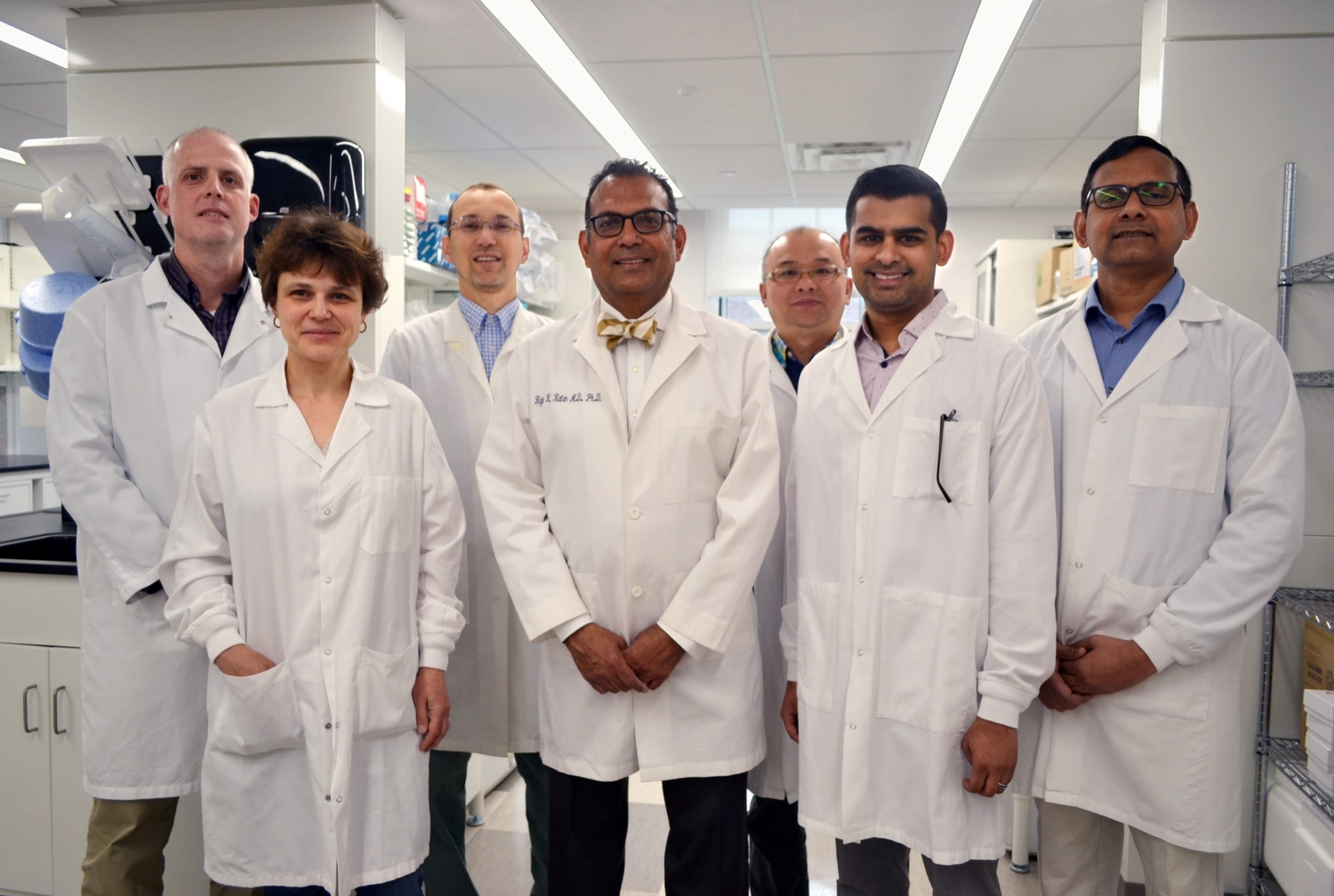 Dr. Rajiv Ratan (center) and his research team at the Burke Neurological Institute.

The chemical element selenium, an essential nutrient for humans and other animals, protects the brain after a stroke and may be a basis for future stroke therapies, according to a study from scientists at Burke Neurological Institute and Weill Cornell Medicine.

The study, published in print on May 16 and online May 2 in Cell, found that selenium drives a molecular response in brain cells that protects them from a cell-killing process arising in the hours after stroke. Delivering a selenium-based therapy that crosses easily from the bloodstream into the brain prevented brain damage and motor and sensory impairment in mouse models of stroke.

“The next step is to see how our results replicate in other laboratories, and if that goes well, then we’ll want to move towards testing this in humans,” said study senior author Dr. Rajiv Ratan, the executive director of the Burke Neurological Institute, an affiliate of Weill Cornell Medicine, and a professor of neuroscience in the Feil Family Brain and Mind Research Institute at Weill Cornell Medicine.

There are about 800,000 new cases of stroke per year in the United States, of which about 140,000 are fatal, and doctors have almost no targeted treatments for these medical emergencies. However, in recent years, scientists have discovered an important—and potentially treatable—process that accounts for much of the damage to the brain in these events. Termed ferroptosis, it is a programmed cell death process—a natural cleanup mechanism—that is triggered by initial tissue damage in a stroke, and can cause a massive secondary loss of brain cells in the ensuing hours and days.

In the study, Dr. Ratan and colleagues found a way to block ferroptosis. They discovered, first, that in brain cell cultures and in the brains of mice, the stroke-induced molecules that stimulate ferroptosis also trigger the increased expression of protective, antioxidant enzymes that contain selenium. They found too that although this natural protective response is relatively weak, boosting it artificially can keep brain cells alive and healthy despite conditions that normally would trigger ferroptosis and kill them.

The scientists showed in mice that they could provide this artificial boost simply by injecting the brain with extra selenium, which switches on the protective response. They also found a method that would be safer and more practical for humans. They developed a biological molecule, a “selenopeptide” called TatSelPep, that incorporates copies of a natural, selenium-containing amino acid, as well as a small protein that helps the molecule cross from the bloodstream into the brain. Infusing the selenopeptide into the bloodstream of mice protected them from cell death and behavioral signs of brain damage after the hemorrhagic, vessel-bleeding form of stroke—the kind most closely associated with ferroptosis. The selenopeptide provided protection even when delivered six hours after the stroke. The molecule also reduced the volume of brain damage following the ischemic, vessel-blockage form of stroke, and in both stroke models had no evident toxicity at any dose tested.

The investigators note that their selenopeptide approach might be useful in treating a host of other conditions in which ferroptosis has been implicated—conditions that include Alzheimer’s and Parkinson’s diseases.

“Selenopeptides might also help in treating selenium deficiency, a condition that can lead to infertility and a range of other illnesses, and is thought to affect more than a billion people worldwide,” said Dr. Ratan, who is also a professor of neuroscience in the Weill Cornell Graduate School of Medical Sciencces. “Ordinary selenium supplements have a relatively narrow window between beneficial and toxic doses, but we think selenopeptides can be both safer and more potent.”