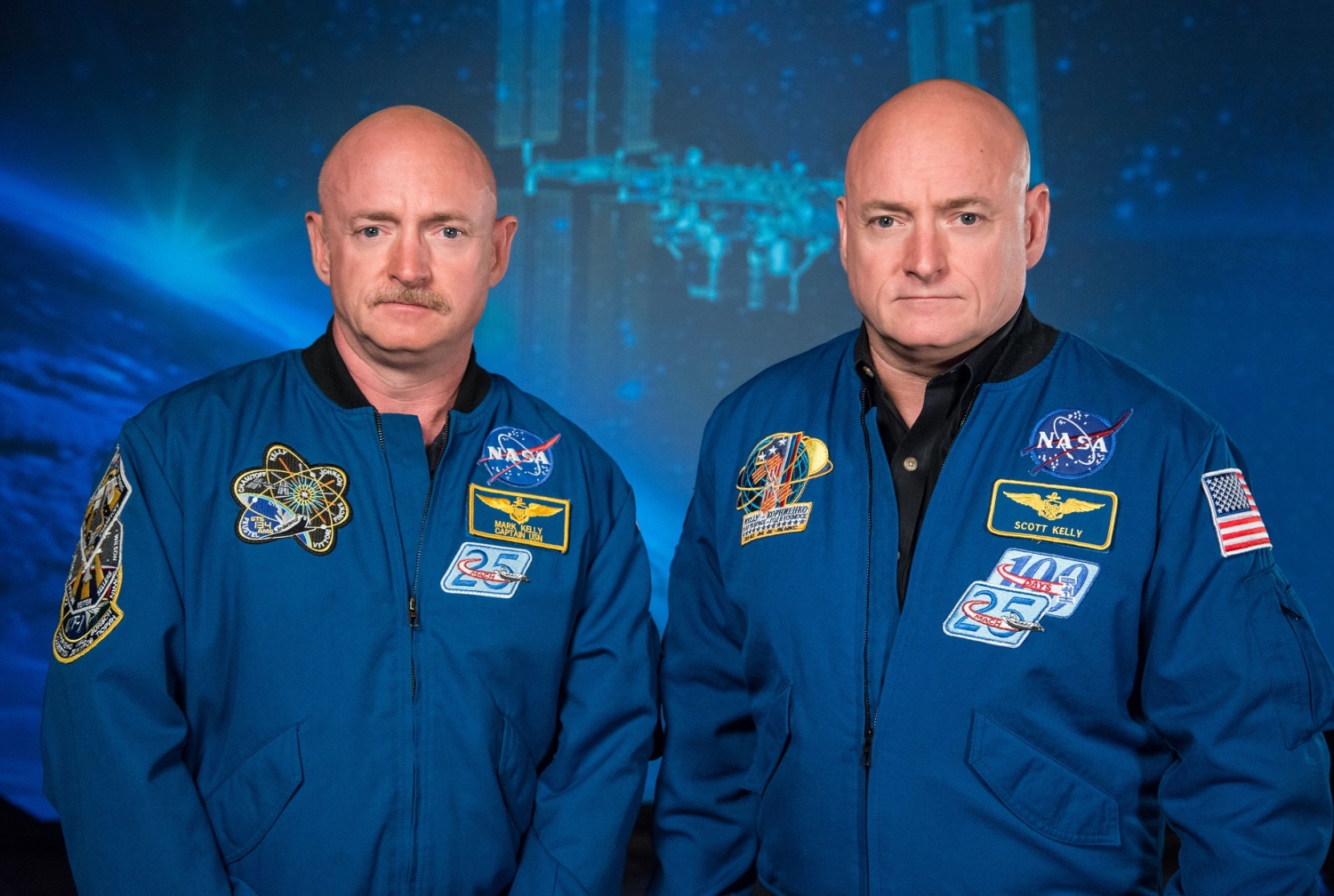 Long-term spaceflight causes more changes to gene expression than shorter trips, especially to the immune system and DNA repair systems, according to research by Weill Cornell Medicine and NASA investigators as part of NASA’s Twins Study, which followed the only set of identical twin astronauts for more than two years.

Dr. Christopher Mason, an associate professor of physiology and biophysics at Weill Cornell Medicine, led one of 10 teams of scientists chosen by NASA to compare genetic, physiologic and behavioral changes in identical twins Scott and Mark Kelly before, during and after Scott embarked on a one-year mission on the International Space Station from 2015-2016. Mark, who has gone on shorter space missions in the past, stayed behind on Earth, providing a genetically identical control subject. 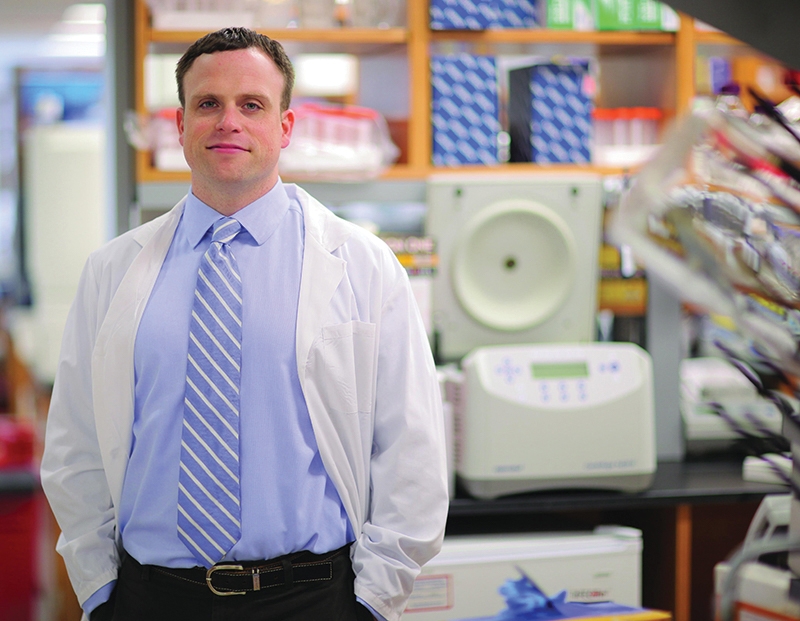 The findings, which were published in the April 12 print issue of Science and featured on its cover, show that Scott experienced thickening of the carotid artery, thickening of the retina, weight loss, shifts in gut microbes, reductions in cognitive abilities, DNA damage and changes in gene expression, and a lengthening of the ends of chromosomes called telomeres during the flight. Upon return to Earth, the telomere elongation was replaced by accelerated shortening and loss, a potentially negative consequence for cellular health. The study will help scientists better understand the changes astronauts undergo during long-term spaceflight. It may also help them better treat or prevent any damage to astronauts’ health caused by prolonged spaceflight, which is especially important as NASA and other groups prepare for three-year missions to Mars.

“It gives us a biomedical and molecular road map for future astronauts,” said Dr. Mason, who is also an associate professor of computational genomics in computational biomedicine at Weill Cornell Medicine’s HRH Prince Alwaleed Bin Talal Bin Abdulaziz Alsaud Institute of Computational Biomedicine, an associate professor of neuroscience in the Feil Family Brain and Mind Research Institute, member of the Sandra and Edward Meyer Cancer Center, and director of the WorldQuant Initiative for Quantitative Prediction. Dr. Mason led the genetic, gene expression, epigenetic and microbiome investigations for the study.

The 10 teams of investigators, which included co-investigator Dr. Ari Melnick from the Weill Department of Medicine, were selected in March 2014 and had just a few months to prepare the protocols they would use to collect and analyze samples from Scott and Mark. During the mission, Dr. Mason’s colleague, Dr. Francine Garrett-Bakelman, then a joint post-doctoral fellow in Dr. Mason and Dr. Melnick’s laboratories, collected in Houston the samples of Scott’s blood that he sent back to Earth. She analyzed them within 36 hours, working remotely with Dr. Cem Meydan and Daniela Bezdan, both research associates in computational biomedicine at Weill Cornell Medicine. 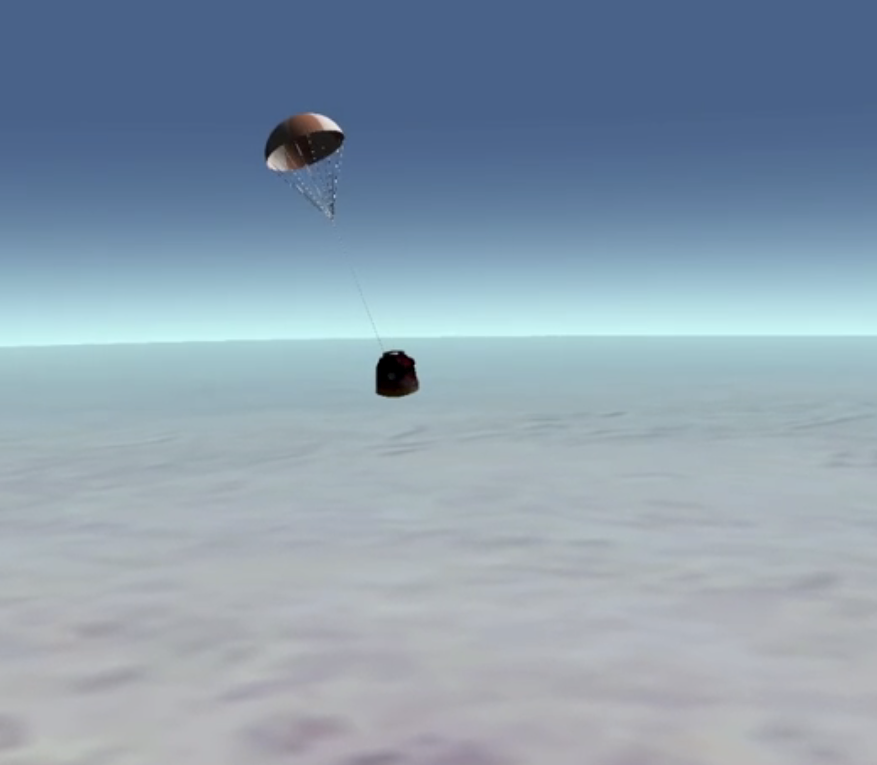 The team also looked at samples obtained from Scott and Mark for six months before the trip and for nine months after Scott returned. They were searching for mutations or damage in their DNA and for epigenetic changes that determine which genes are turned on or off. They also looked at changes in the proteins produced by the men’s cells to assess how the changes may affect their health. Some of the changes in gene activity, such as those involved in bone formation or DNA repair, were expected since it is well known that astronauts experience reductions in bone density in zero gravity as well as increased exposure to DNA-damaging radiation during the flight. But they also saw changes in the activity of mitochondrial genes, which help the body produce energy, and immune system genes suggesting longer-term travel may increase the stress on the body. Using new methods from the laboratory of Dr. Augustine M.K. Choi, the Stephen and Suzanne Weiss Dean of Weill Cornell Medicine and Cornell’s provost for medical affairs, the investigators also observed a higher amount of mitochondrial DNA present in the cell-free DNA fraction of the blood, which is an indicator of cellular stress.

“Gene expression changed dramatically,” said Dr. Mason, who is also an associate professor in the Physiology, Biophysics and Systems Biology and Computational Biology programs at the Weill Cornell Graduate School of Medical Sciences. “In the last six months of the mission, there were six times more changes in gene expression than in the first half of the mission.” While many of the changes reversed after Scott returned to Earth, some still remained, including cognitive deficits, DNA damage and some changes in T-cell activation.

“We don’t know yet if these changes are good or bad,” Dr. Mason said. “This could just be how the body responds, but the genes are perturbed, so we want to see why and track them to see for how long.”

The study may also help patients on Earth, particularly those with cancer who often undergo dramatic genetic changes and endure radiation exposure. Studying both a healthy human on Earth in great detail as well as a person exposed to tremendous stressors in space can give scientists new insights into what is a normal response to severe stress and how much the body can adapt. This may help scientists distinguish the body’s normal stress response from pathological changes associated with cancer, infection, or other stressors.

“It is likely that these two astronauts have been studied at greater depth than any other person in history,” said Dr. Mason, who is also a cofounder, equity stakeholder and consultant for Onegevity Health, a company that provides a comprehensive molecular portrait and customized recommendations for an individual’s health based on integrated analysis of longitudinal blood, genetics and microbiome profiles. “They give us a really in-depth view of cellular, molecular and physiological changes that can help us learn what is in the range of what a human can endure.”

Useful new tools have also emerged from the study, including portable DNA-sequencing techniques created by Dr. Mason’s team that will be used by astronauts to sequence their own DNA on future space missions. In 2016, during NASA’s Biomolecular Sequencer Mission, Dr. Mason and colleagues demonstrated that DNA sequencers can function on the International Space Station. Building on that finding, Dr. Mason’s group in 2019 published a machine-learning algorithm in Nature Communications revealing that the technology can also detect epigenetic changes in space. This work is funded by NASA and the Translational Research Institute for Space Health to help the new set of additional year-long missions on the ISS and to prepare for Mars.

The same technology is now being used to help control disease outbreaks, including Ebola in West Africa and Zika in Brazil, by providing a portable sequencing tool that can be used in the field, he said. Through a Cornell Tech start-up called Biotia, for which Dr. Mason is a co-founder and equity holder, the DNA sequencer is also being used in several international hospitals to track infections, helping to pioneer faster DNA testing methods for all hospitals, including in New York City.

“You no longer have to wait days or weeks for DNA sequencing and analysis,” Dr. Mason said. “You can get it done in a couple of hours, either sitting in a hospital on Earth or moving five miles per second on the International Space Station.”