Researchers Debunk a Long-Held Misconception About How Anesthesia Works 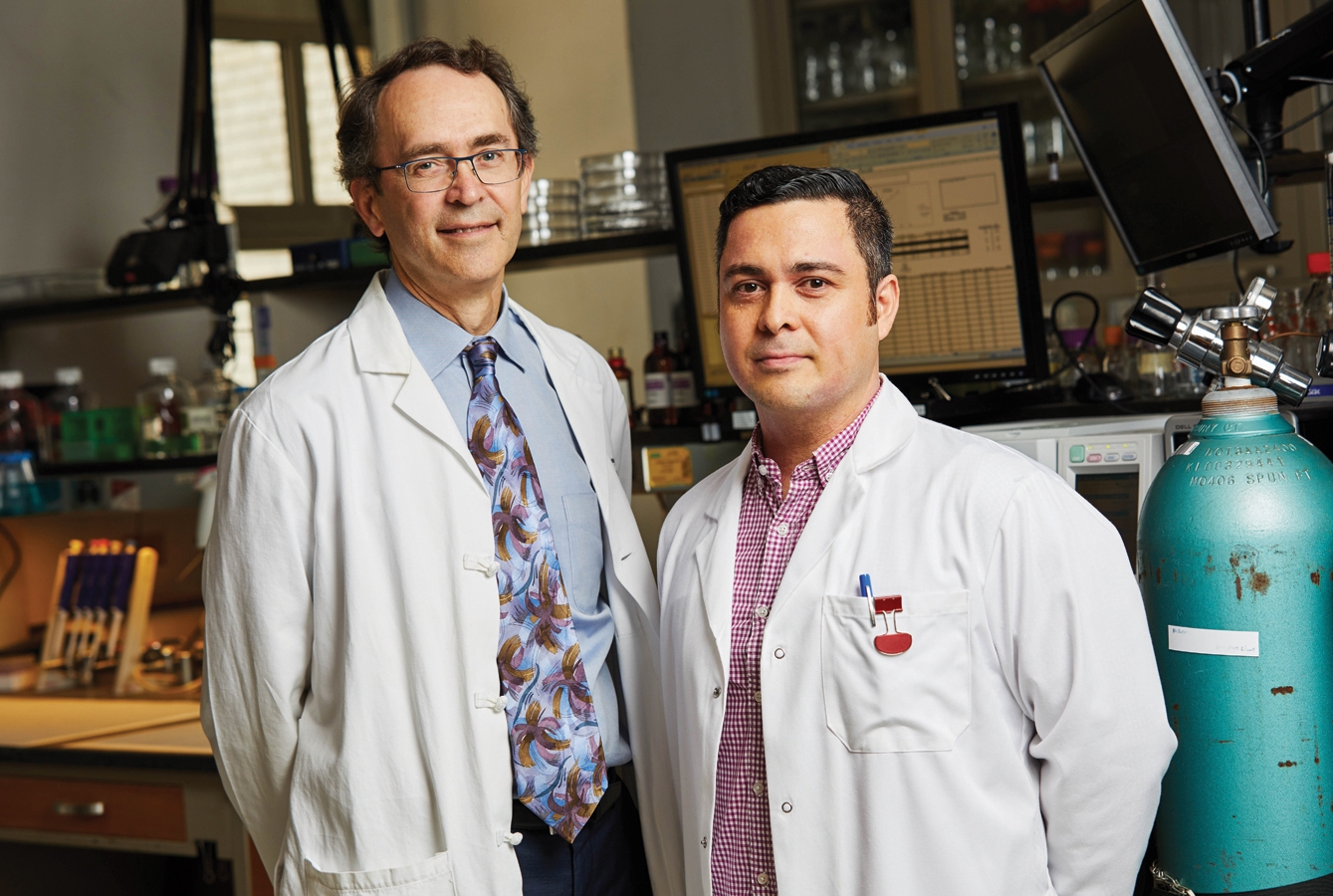 The modern concept of general anesthesia dates back to the 1840s, when doctors and dentists began giving patients ether before operations. Until then, surgery—whether to pull a tooth, remove a tumor or even amputate a limb—had been a violent and painful business. A patient might have been dulled by alcohol or opium—or even knocked unconscious with a blow to the head—but in most cases a team of strongmen would have held him down as he screamed in agony. The ability to reliably render a patient temporarily insensate was revolutionary.

In the nearly two centuries since, general anesthesia has become ubiquitous, but our understanding of how it works has not kept pace. Now, however, new research out of the lab of Dr. Hugh Hemmings, chair of anesthesiology at Weill Cornell Medicine and anesthesiologist-in-chief at NewYork-Presbyterian/Weill Cornell Medical Center—in collaboration with the lab of Dr. Olaf Andersen, professor of physiology and biophysics—has finally debunked a century-old hypothesis about how anesthesia acts on nerve cells to induce unconsciousness, shedding new light on one of the fundamentals of modern medicine. The new study—published in the Proceedings of the National Academy of Sciences in March, with Dr. Karl Herold, senior research associate in anesthesiology, as lead author—decisively disproves a long-held idea known as the lipid bilayer hypothesis. And it provides new support for a different hypothesis: that anesthetics act by directly changing the function of proteins embedded in the cell membrane to reduce electrical signals between neurons. 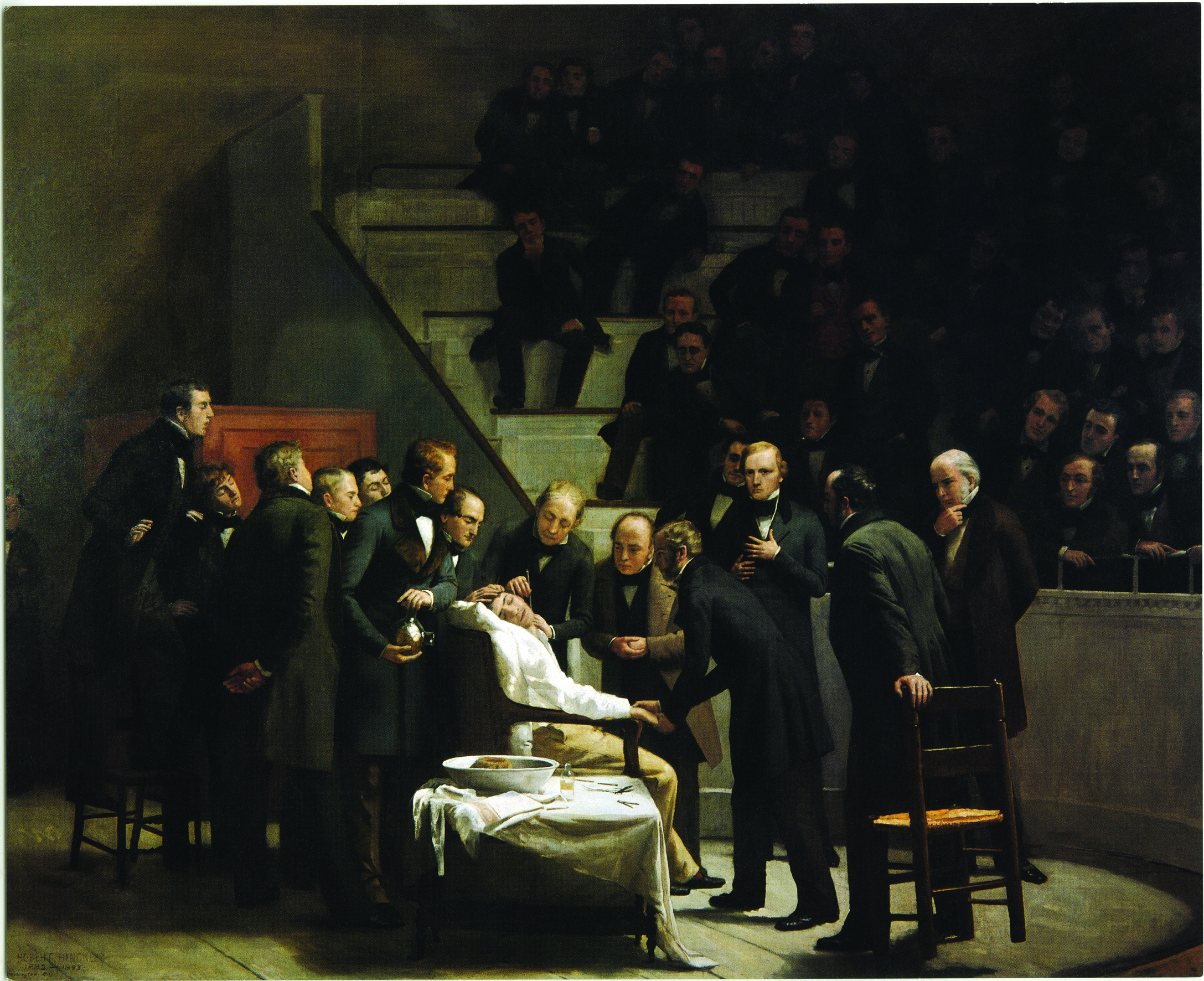 Medical Milestone: Robert Cutler Hinckley's classic painting The First Operation with Ether depicts anesthesia being used on a patient in 1846. Painting courtesy of Boston Medical Library in the Francis A. Countway Library of Medicine.

What’s the lipid bilayer? Composed of two sheets of molecules, it’s the primary material of the membrane that surrounds all cells. Each of its molecules has a head that is hydrophilic—meaning it is attracted to water—and a pair of tails, made of fatty acids, that repel water. The molecules arrange themselves in two layers, tail tip to tail tip; the tails act as a barrier between the liquid solutions inside and outside the cell.

The hypothesis that Dr. Herold and his team disproved originated in the late 19th century, when two pharmacologists dissolved anesthetics in olive oil to demonstrate that potency correlated with fat solubility—leading them to believe that anesthesia disrupts communication between neurons by altering the lipid bilayer. That explanation held until the 1970s, when some scientists began arguing that new evidence showed anesthetics act directly on proteins. “This has been a long-standing controversy, and it has been difficult to dispel the old idea,” says Dr. Hemmings, who is also senior associate dean for research. “The lipid bilayer hypothesis has been in textbooks for decades, even as recently as when I was studying pharmacology.”

To put the question to rest once and for all, Dr. Herold and his colleagues used an elegant technique developed by Dr. Andersen and his former graduate student Dr. Helgi Ingólfsson, (PhD ’10). Following the Andersen Lab’s protocol, they created sphere-shaped, microscopic models—called lipid vesicles—inside a stopped-flow spectrometer, a device used to combine small amounts of solutions and measure chemical reactions. The simplified synthetic membrane was embedded with a protein called gramicidin. More commonly used as a topical antibiotic, gramicidin incorporates itself into both sides of the lipid bilayer; gramicidin molecules on each side of the bilayer pair up to form tubes, called ion channels, that connect the inside and outside of the vesicle. But gramicidin channels are very sensitive to properties of the bilayer; something that makes the bilayer softer, for example, allows gramicidin molecules to pair up and form channels more easily, while something that stiffens the bilayer can prevent them from linking up at all. “It’s very, very sensitive, because you only have these two components, just the bilayer and these channels,” Dr. Herold says. “Everything else you add will change the equilibrium between them.”

The team used the model to test 14 common general anesthetics and anesthetic-like drugs, including inhaled ethers and intravenous agents such as ketamine. A fluorescent dye indicated whether ions were moving into the vesicle through the gramicidin channel: if anesthetics acted on the bilayer, ion flow though the channel would be impaired. Because none of the anesthetics changed the movement of ions, the researchers were able to conclude that none of the drugs affected the lipid bilayer, at least at levels used clinically. “That was what we expected,” Dr. Herold says, “but it’s very clear-cut now.” The team did find that levels of anesthetic that would be toxic in a human can have an effect on the bilayer—a phenomenon that, Dr. Herold speculated, might account for some anesthetics’ hazardous side effects at high doses.

The new research is unlikely to change the practice of anesthesiology right away, Dr. Herold says—but since the most common anesthetics have all been in use for at least 40 years, there is a need for newer drugs that have a wider margin of safety. Dr. Herold’s findings might help pharmaceutical researchers identify binding sites—spots on cells where anesthetics might attach—and develop new drugs to target them. Meanwhile, the discovery that high doses of anesthetics do act on the lipid bilayer, perhaps causing unwanted side effects, could help screen out potential new drugs that might turn out to be too dangerous. The research might also help scientists determine whether certain anesthetics are more appropriate to particular patients based on age or disease. “The drugs that we use today, if you look at the molecule structure, are not far away from ether, which was used centuries ago,” Dr. Herold says. “Only if you know how a drug works can you create newer, better drugs. This research might not immediately apply to real life, but it has huge implications.”