In Brief: Smoking is Associated with Lower Cognitive Function in Older Adults 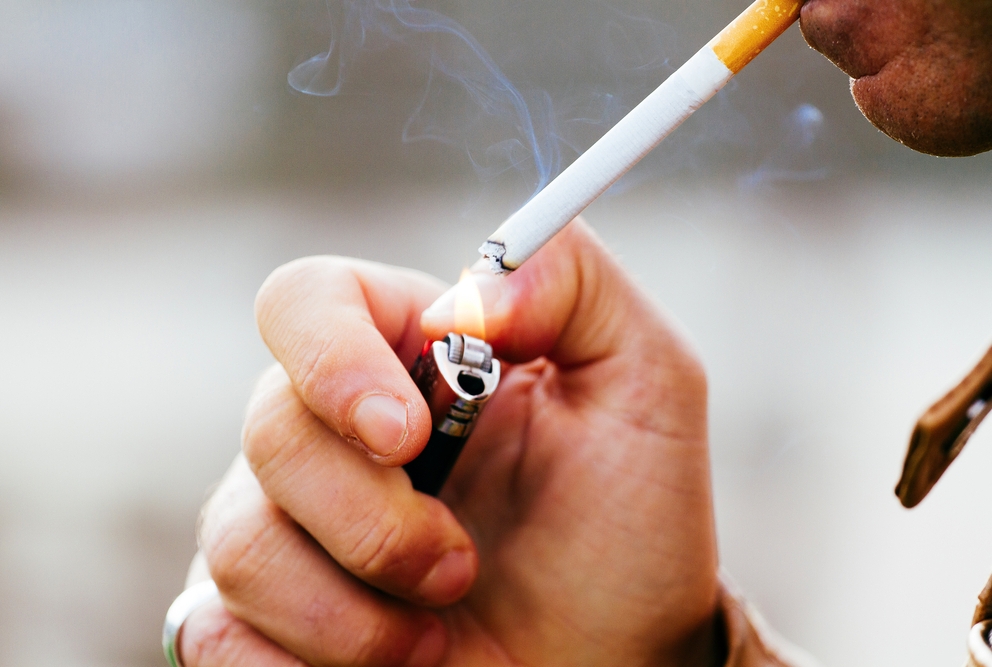 Cigarette smoking is associated with worse cognitive performance among people 60 years and older, and that association is broadly the same whether or not individuals have hypertension or diabetes, according to a study from investigators at Weill Cornell Medicine and NewYork-Presbyterian. The findings, published Dec. 6 in the Journal of Alzheimer’s Disease, underscore smoking’s adverse effect on cognitive health, but also indicate that this effect is not contingent on having diabetes and/or hypertension.

Smoking, diabetes and hypertension are all considered significant risk factors for brain health. Prior studies have explored the worsened impact, when these factors are combined, on brain health markers such as the atherosclerotic thickening of the carotid artery, which supplies blood to the brain. The Weill Cornell Medicine researchers, in the new study, conducted a similar investigation with respect to cognitive function. In principle, if smoking, diabetes and/or hypertension had a “synergistic” ability to lower cognition when combined, then patients with these combined risk factors could be advised of their extra-high-risk status.

The study covered 3,007 individuals aged 60 and over whose health data were recorded in annual United States National Health and Nutrition Examination Surveys during 2011-14. The researchers compared bloodstream levels of cotinine, a reliable marker of recent cigarette smoke exposure, with cognitive test scores, and then considered whether diabetes or hypertension altered the cotinine-cognition link.

They found a robust connection between higher cotinine levels and lower scores on a common and relatively sensitive test of cognitive skills, known as the Digit Symbol Substitution Test. But they also found that that association was not amplified when individuals had hypertension and/or diabetes.

Promoting smoking cessation may be a good way to preserve cognitive health at the population level, irrespective of diabetes and hypertension status, the researchers concluded.

Corresponding author: Dr. Neal Parikh, the Florence Gould Foundation Research Scholar for Discovery in Stroke, an assistant professor of neurology and of neuroscience in the Feil Family Brain and Mind Research Institute