Research Reveals How a Common Bacterium May Spread from the Intestine 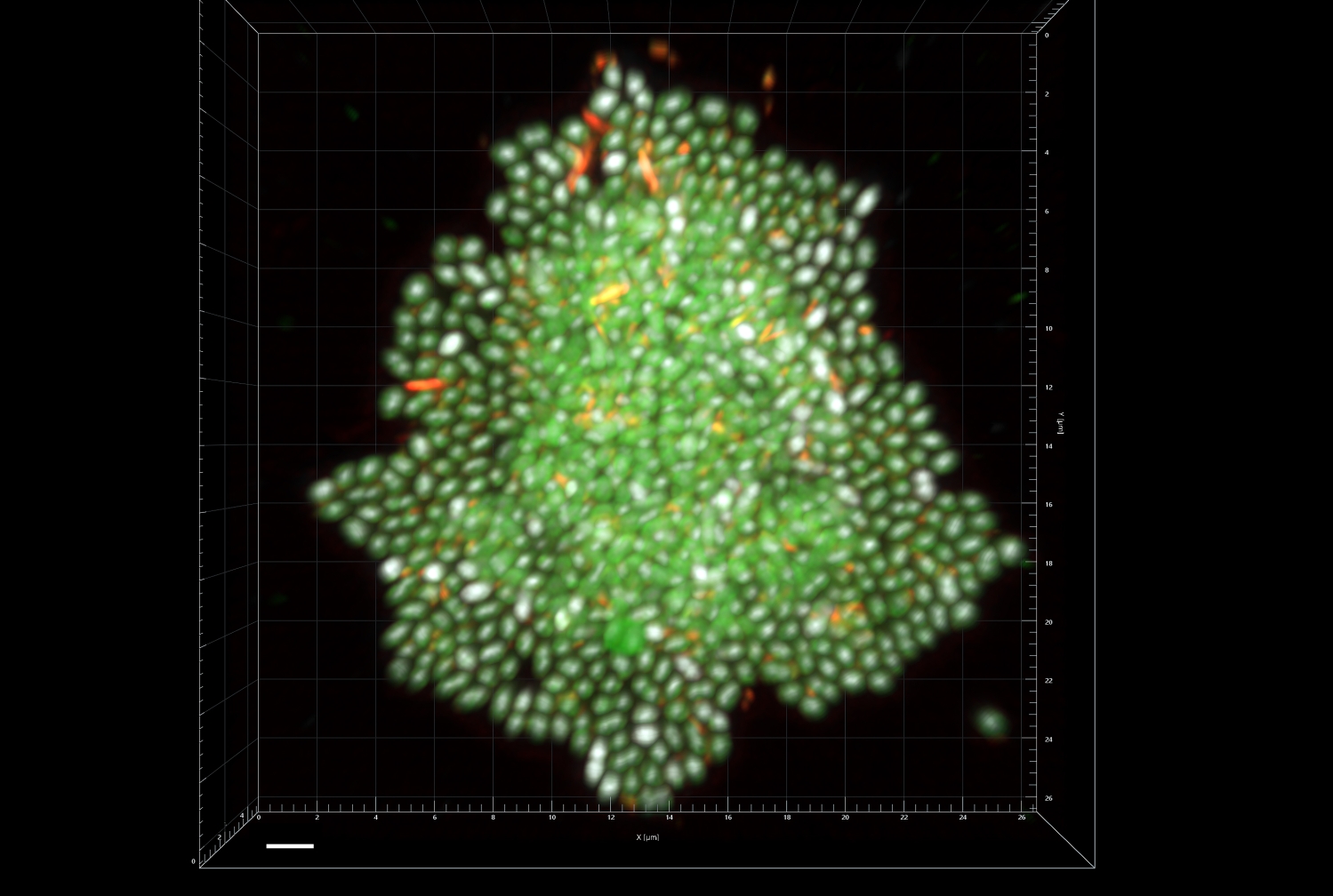 A typical gut bacterium that can spread through the body and cause a serious infection resists natural immune defenses and antibiotics by enhancing its protective outer layer, known as the cell envelope, according to a new study by Weill Cornell Medicine investigators. The finding suggests possible new ways to target these bacterial infections.

The research, published Nov. 10 in mBio, illuminates some of the underlying changes that may occur when Enterococcus faecalis (E. faecalis) populations move through the epithelial cells lining the intestine and escape to reach other body sites.

“Systemic infections with E. faecalis can be lethal because this microbe has a remarkable ability to adapt to various environments and resist treatments,” said principal investigator Dr. Diana K. Morales, assistant professor of microbiology and immunology in obstetrics and gynecology at Weill Cornell Medicine. People at risk of developing these infections include those who are taking antibiotics or who have compromised immune systems, which facilitate E. faecalis overgrowth in the intestine. Understanding how E. faecalis moves out of the gut and spreads may one day help scientists find small molecules to stop the bacterium’s extra-intestinal dissemination, preventing dangerous infections.

How the bacterium can move out of the intestine and to other organs has remained largely unexplored. However, researchers have observed that two different populations of the same species of bacterium exist, Dr. Morales said. One population develops traits that allow it to pass through the intestinal barrier acquiring an advantageous resistance to antimicrobials, while the other stays put.

In a series of previous laboratory studies of the bacterium, the researchers found that motile E. faecalis produces molecules formed by sugar chains called polysaccharides that allow the bacterium to aggregate or clump together. “When these bacteria aggregate, they seem to develop an ability to move,” Dr. Morales said.

In the current study, the investigators, including lead author Dr. Yusibeska Ramos, a research associate in obstetrics and gynecology, found that the motile form of E. faecalis has a cell envelope containing increased amounts of glycolipids, which are fat molecules linked with a carbohydrate. Enhanced production of cell envelope glycolipids appears to help the bacterium to resist extracellular stressors. These stressors include the antimicrobial agent daptomycin, a common treatment for E. faecalis infection, and β-defensins, small molecules intestinal epithelial cells produce to deter infection.

The researchers also found that genetic mutations that inhibit glycolipid production made E. faecalis more sensitive to these stressors and reduced the ability of the bacterium to penetrate cell surfaces and move through intestinal epithelial cells.

The next step for the researchers is to evaluate additional in vivo models to confirm whether the molecular pathways uncovered in the current study are needed for the bacterium to exit the intestine. “We are also interested in identifying pharmacological approaches that can target these specific pathways with the goal of one day helping patients better fight infections by this gut microbe,” Dr. Morales said.