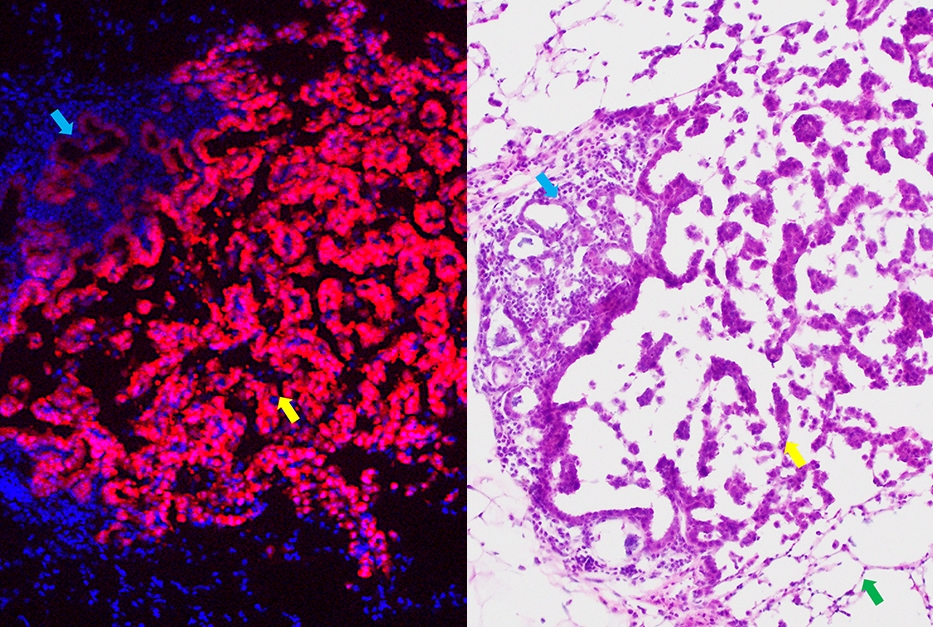 A multidisciplinary team of Weill Cornell Medicine researchers has received a five-year $5.7 million grant from the National Cancer Institute at the National Institutes of Health to fund a center aimed at developing messenger RNA (mRNA) vaccines to deter cancer development in at-risk groups.

The Weill Cornell Medicine CAP-IT Center for LNP RNA Immunoprevention was selected as one of two founding members of the Cancer Prevention-Interception Targeted Agent Discovery Program (CAP-IT), a collaborative research network funded by the NCI to discover agents that prevent or intercept cancer in high-risk populations. 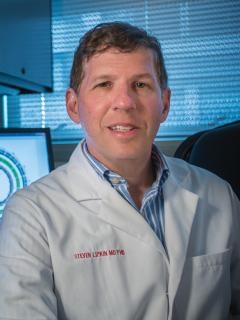 “Prevention is really the best cure for cancer,” said principal investigator and project leader Dr. Steven M. Lipkin, the Gladys and Roland Harriman Professor of Medicine and vice chair for research in the Sanford and Joan Weill Department of Medicine at Weill Cornell Medicine.

Dr. Lipkin and his colleagues are working on vaccines containing mRNA—a molecule that delivers instructions in cells to produce specific proteins—with the goal of activating the immune system to recognize and destroy cancer cells bearing these proteins at an early stage. This strategy could deter malignant cell populations from accumulating enough mutations to evade the body’s immune response. The approach also aims to prevent the creation of a tumor microenvironment, consisting of molecules, cells and blood vessels that feed the cancer and suppress the immune system.

The vaccines will use the same type of mRNA technology as the Moderna and Pfizer COVID-19 vaccines, which were based on at least a decade of prior scientific investigation in cancer.

Because the mRNA cargo must be protected from degradation, it will be encapsulated in a fatty shell composed of lipid nanoparticles, which are being made in the laboratory of Dr. Shaoyi Jiang, the Robert S. Langer ’70 Family and Friends Professor in the Meinig School of Biomedical Engineering on Cornell’s Ithaca campus.

Studies of mRNA vaccines will start in mice, with the goal of clinical trials occurring within the next five years.The researchers plan to conduct several research projects. 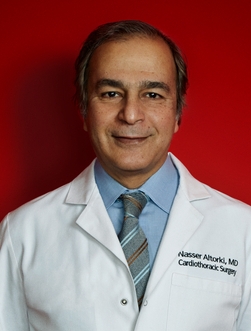 The first is to develop and validate an mRNA vaccine for Lynch syndrome, an inherited genetic condition that greatly increases the risk of developing colon and other cancers before the age of 50. The research team plans to engineer these vaccines so that they activate immune system T cells to prevent cancer. “T cells recognize malignant cells, bind to them, and kill them,” said Dr. Lipkin, who is also leader of the Cancer Genetics and Epigenetics Program in the Sandra and Edward Meyer Cancer Center at Weill Cornell Medicine.

The second project is to develop and assess an mRNA vaccine for precancerous lung lesions, known as lung non-solid nodule (NSN) pre-malignant neoplasms.

“There’s currently no effective way of managing these lesions so they don’t progress to cancer, other than surgically taking them out,” said principal investigator Dr. Nasser Altorki, chief of thoracic surgery at Weill Cornell Medicine and NewYork-Presbyterian/Weill Cornell Medical Center.

Researchers hope to one day develop an mRNA vaccine that targets groups of shared antigens—or foreign or abnormal particles that generate an immune response—in people with lung cancer. Another option is to develop personalized vaccines directed at the alterations in the genetic structure of the tumor of each patient, said Dr. Altorki, who is also vice chairman of cardiothoracic surgery, the David B. Skinner, M.D., Professor of Thoracic Surgery, and leader of the Experimental Therapeutics Program of the Meyer Cancer Center. 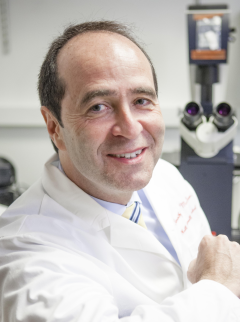 “Now is the right time to develop these lung cancer vaccines,” said principal investigator Dr. Timothy McGraw, professor of biochemistry in cardiothoracic surgery and of biochemistry and leader of the Cancer Biology Program at Weill Cornell Medicine. “We know a lot about the immunologic changes that allow lung tumors to grow, as well as some of the associated mutations.”

Preclinical models of premalignant lung cancer are key for assessing the therapeutic efficacy of vaccines against cancer-specific proteins identified in patients. Given that such a model was not available, the Mittal laboratory recently developed and characterized a lung cancer oncogene-driven model that resembles the human premalignant disease. 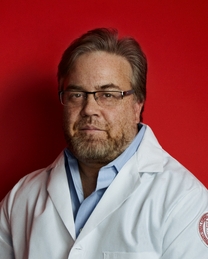 With additional funding outside of this grant, the researchers are pursuing other mRNA vaccination projects, including targeting a pediatric cancer syndrome called Constitutional MisMatch Repair Deficiency (CMMRD) and infection with Fusobacterium nucleatum, a bacterium that promotes colon cancer development.

“We envision this program as a platform for the creation of several types of cancer vaccines,” said Dr. Lipkin. “We have the technology to make vaccines that carry different mRNA cargo to activate the immune system in various ways to prevent cancer.”