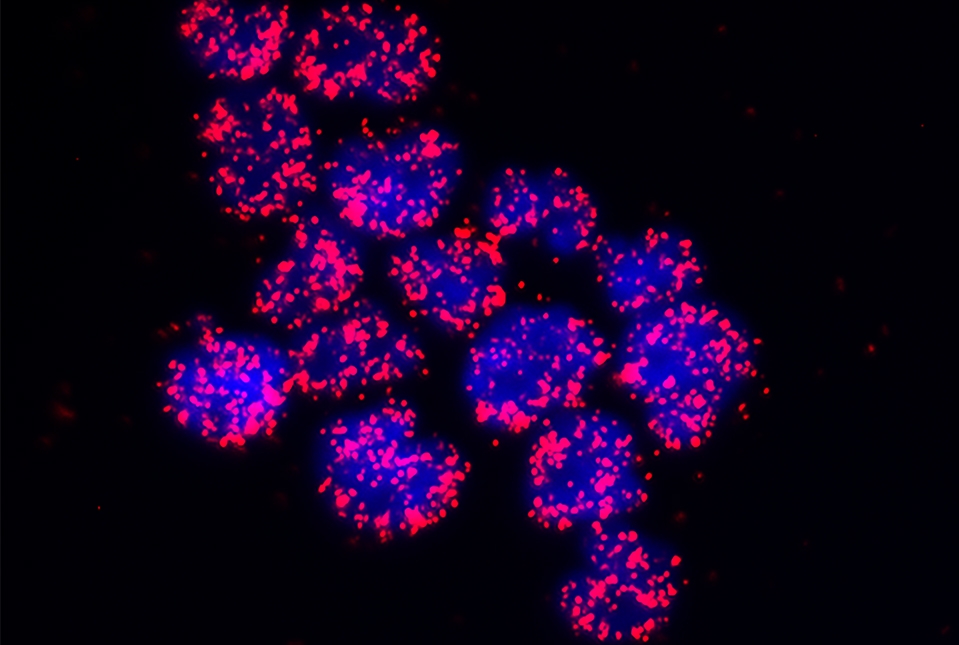 A form of blood cancer known as mantle cell lymphoma is critically dependent on a protein that coordinates gene expression, such that blocking its activity with an experimental drug dramatically slows the growth of this lymphoma in preclinical tests, according to a study from Weill Cornell Medicine researchers.

The discovery, reported Oct. 25 in the Journal of Clinical Investigation, could lead to new mantle cell lymphoma drugs as well as a better understanding of how this type of lymphoma develops.

“There’s a strong need for better therapies against mantle cell lymphoma, and our findings suggest that inhibition of this protein, called FOXO1, could be an effective new strategy to try alone or in combination with existing drugs,” said co-senior author Dr. Jihye Paik, associate professor of pathology and laboratory medicine and a member of the Sandra and Edward Meyer Cancer Center at Weill Cornell Medicine.

Lymphomas are cancers that arise in lymph nodes, small organs where immune cells gather to intercept infectious pathogens. Mantle cell lymphomas (MCLs) arise from immune cells called B cells, which make antibodies, in areas of lymph nodes known as “mantle zones.” Most cases are diagnosed in men who are in their 60s or 70s. MCL is relatively rare, with only about 2,000 new cases per year in the United States, and it often progresses slowly, but it generally recurs after therapy, and is considered virtually incurable.

In the study, the researchers used CRISPR/Cas9 gene-editing technology on arrays of MCL cells grown in the laboratory to block 1,427 different transcription factor proteins. Transcription factors are proteins that bind to DNA and work as master programmers of gene activity. Many cancers depend on the activities of particular transcription factors, although traditionally they have been hard to target with drugs.

The screening process revealed several transcription factors whose disruption caused a severe slowdown in MCL cell division, without slowing the growth of other cell types. The researchers discovered in further experiments that one of these, FOX01, is responsible for driving the activities of the others—and essentially works as a critical factor sustaining the pattern of gene activity that defines MCL cells.

Dr. Paik and Dr. Hongwu Zheng, the other co-senior author of the study and an assistant professor of research in pathology and laboratory medicine at Weill Cornell Medicine, soon got in touch with scientists at a biotechnology company, Forkhead Biotherapeutics. The company has been trying to develop FOX01-inhibiting compounds for possible use in treating type 1 diabetes. Using an experimental FOX01 inhibitor from the company, the researchers found that it had similar effects on MCL cells as blocking FOX01 by genetic means. The compound also significantly extended survival in a mouse model of MCL.

FOX01 is critical for the development of some normal cell types. Prior studies also have found evidence that FOX01 helps to suppress, rather than promote, some other cancers. Yet in this study, adult mice tolerated a month of FOX01-inhibitor treatment with no major side effects.

“This has the potential to be a relatively safe strategy for treating MCL,” said Dr. Zheng.

The researchers plan to continue their preclinical investigations by further optimizing FOXO1 inhibitors and looking for a suitable combination with other drugs for more potent and durable responses.