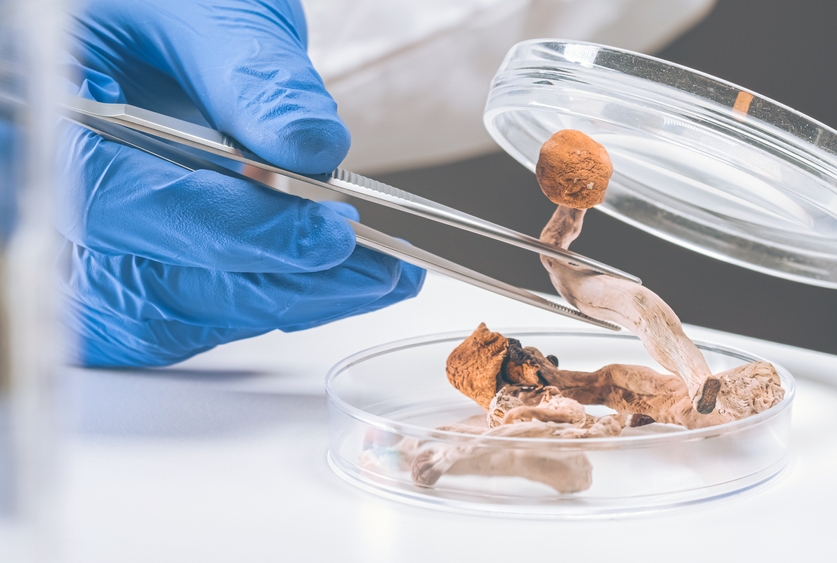 The psychedelic drugs LSD and psilocybin activate serotonin receptors on brain cells in a way that reduces the energy needed for the brain to switch between different activity states, according to a study led by Weill Cornell Medicine researchers.

The study, which appeared Oct. 3 in Nature Communications, offers insight into the mechanism of these drugs’ effects—effects that many hope can someday be harnessed therapeutically. The research also represents a new approach to the evaluation of drugs that act on the brain.

Singleton is a doctoral student in the laboratory of senior author Dr. Amy Kuceyeski, associate professor of mathematics in the Department of Radiology and in neuroscience in the Feil Family Brain and Mind Research Institute at Weill Cornell Medicine.

“Ongoing clinical trials of psychedelic drugs for neuropsychiatric disorders are showing promise, and there’s a lot of excitement about these drugs’ medical potential, but there’s also a lot we don’t know about their neurobiological effects,” said Dr. Kuceyeski, who leads the Computational Connectomics Laboratory in the Department of Radiology at Weill Cornell Medicine. “That’s where we think approaches like ours can contribute.”

LSD (lysergic acid diethylamide) was first synthesized in 1938 by Swiss pharmaceutical chemist Albert Hoffman, who hoped it would work as a stimulant, and later personally discovered its psychedelic effects. Hoffman, in the late 1950s, also isolated the similar compound psilocybin from mushroom species in the Americas that traditionally have been used as ritual hallucinogens.

Although LSD and psilocybin have been illegal under United States federal law for the past half-century, they have been effectively decriminalized in a few states and cities in the past few years, and a movement has begun to test them as potential treatments for depression, anxiety and other psychiatric conditions. In 2018, the U.S. Food and Drug Administration designated psilocybin as a potential “breakthrough therapy” for severe depression, which means that it will review applications for its use as a drug more quickly than usual.

In the study, the researchers characterized the effects of LSD and psilocybin on brain dynamics from the perspective of network control theory, in which a network’s activities are categorized into distinct patterns, or states, and state-to-state transitions. The scientists began by comparing functional magnetic resonance imaging (fMRI) recordings of brain activity from volunteers who underwent two scanning sessions, one where they had taken placebo and the other where they had taken LSD or psilocybin. The data were gathered by collaborating researcher Dr. Robin Carhart-Harris of Imperial College, London.

Using a special clustering algorithm, they defined a set of common activity states in the fMRI data. The researchers then modeled the major inter-regional connections in the brain, using other data gathered from healthy volunteers with a structural imaging method called diffusion MRI. Combining these two datasets, they calculated the minimum energies required to transition between states while under the influence of LSD, psilocybin, or placebo—and found that the psychedelic drugs lowered, or “flattened,” these normal energy barriers, allowing the brain to transition from one state to another much more readily.

Finally, the researchers mapped the distribution of serotonin 2a receptors in the brain, using data from positron emission tomography (PET) studies. LSD and psilocybin affect multiple receptor types in the brain, but serotonin 2a receptors—which the drugs activate—are thought to be their main targets. The team modeled how the drug-enhanced activity of these receptors would change the normal energy barriers to state transitions in the brain and found a barrier-lowering shift much like that observed between the placebo and psychedelic groups in the fMRI analysis.

“Serotonin 2a receptors have a spatial distribution in the brain that appears to be optimized for lowering these state transition energies,” Singleton said.

The study advances the neuroscientific understanding of LSD and psilocybin, the researchers concluded, and, more broadly, offers a potentially fruitful new approach for evaluating psychoactive drugs.

They emphasized, however, that the study wasn’t designed to explore the clinical worth of LSD and psilocybin, and the human volunteers involved were not psychiatric patients.

Dr. Kuceyeski and Singleton and their colleagues now plan to use their approach to study the longer-term brain-dynamics effects of LSD and psilocybin—effects that would be more relevant in a clinical setting—as well as the connections between psychedelic-altered brain dynamics and users’ subjective experiences.