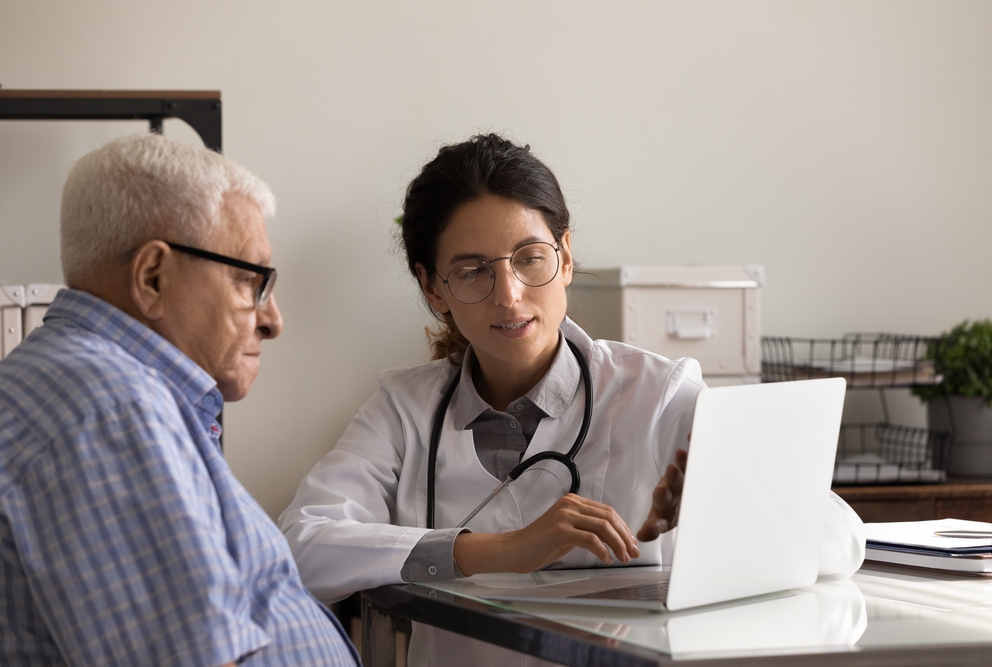 A doctor showing a patient their medical results. Credit: Shutterstock

A new screening tool for electronic medical records accurately identifies patients who are at high risk of having or developing progressive scarring of the lungs, a condition called idiopathic pulmonary fibrosis, according to investigators from Weill Cornell Medicine, NewYork-Presbyterian, the University of Chicago, Brigham and Women’s Hospital and Mayo Clinic.

Idiopathic pulmonary fibrosis (IPF) is usually fatal, in part because it tends to be diagnosed late in its course, when existing treatments are less effective. The new screening tool, described in a paper that appears Sept. 29 in Nature Medicine, has the potential to make the early detection of IPF routine. 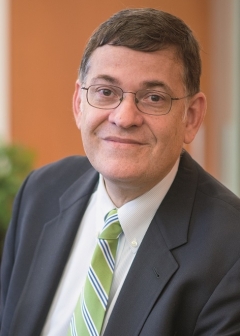 “This tool takes literally zero additional minutes [of patients’ time] and can recognize features of the disease before symptoms manifest,” said study co-author Dr. Ishanu Chattopadhyay, an assistant professor of medicine at the University of Chicago. “As soon as someone schedules a visit with their primary care physician, the program can run the screening tool and get the results before the patient even walks into the clinic.”

IPF affects tens of thousands of people in the United States, and several million people around the world. It features the progressive decline of lung function, due to chronic lung inflammation that transforms healthy lung tissue into scar-like fibrous tissue. The trigger for IPF is “idiopathic”—unknown—but risk factors include older age, male sex, and a history of cigarette smoking.

There are anti-fibrosis drug treatments for IPF that can prolong patients’ lives. However, these treatments tend to work better earlier in the disease course, whereas IPF usually is diagnosed a few years after the onset of symptoms. These symptoms, which are variable and nonspecific but often include a slowly progressing shortness of breath with exertion, may not be noticed by patients, or may be shrugged off as a part of natural aging. Moreover, the tests needed to confirm IPF are burdensome and expensive, which tends to discourage patients from getting them until symptoms become obvious.

“Traditionally, diagnosis of IPF requires a multidisciplinary approach with pulmonary clinicians, radiologists, and laboratory and pathology specialists,” said study co-author Dr. Andrew Limper, professor of medicine and chair of the Division of Pulmonary and Critical Care Medicine at Mayo Clinic.

The new software screening tool is designed to streamline and accelerate the diagnostic process by detecting high IPF risk automatically, based on a patient’s electronic health records. In principle, it would be used chiefly by primary care physicians, who would refer patients identified by the algorithm for the tests needed to confirm or rule out IPF.

“This work is novel in that information already captured in the medical record is used to identify patients in the system who may be at a higher risk,” said co-author Dr. Gary “Matt” Hunninghake, director of the Interstitial Lung Disease Program at Brigham and Women’s Hospital.

The algorithm at the heart of the software, developed using machine-learning processes, calculates an IPF risk score (Zero-burden Co-Morbidity Risk Score for IPF, or ZCoR-IPF) by looking for known IPF risk factors and IPF-linked events—even IPF-linked sequences of events—in the patient’s health records covering the prior two years.

The team trained the algorithm on a commercially available insurance claims database covering millions of patients around the United States during 2003-18, and then validated it using three additional claims datasets. In all, the development of the tool was informed by the records of nearly 3 million patients, including more than 54,000 IPF cases.

The validation tests indicated that the tool was quite sensitive and specific in identifying high-IPF-risk patients. Those with risk scores above the detection threshold had more than 30 times the chance of receiving an IPF diagnosis in the ensuing year, compared to unscreened patients.

The researchers now hope to disseminate the tool to primary care centers where it can be evaluated in real-world settings and formal clinical trials. They also expect that the same approach, marrying machine-learning algorithms and electronic health records, can be applied to other disorders for which earlier diagnoses would save many lives.

“This approach is a paradigm shift in the screening for IPF,” said Dr. Martinez.

Many Weill Cornell Medicine physicians and scientists maintain relationships and collaborate with external organizations to foster scientific innovation and provide expert guidance. The institution makes these disclosures public to ensure transparency. For this information, see profile for Dr. Fernando Martinez.