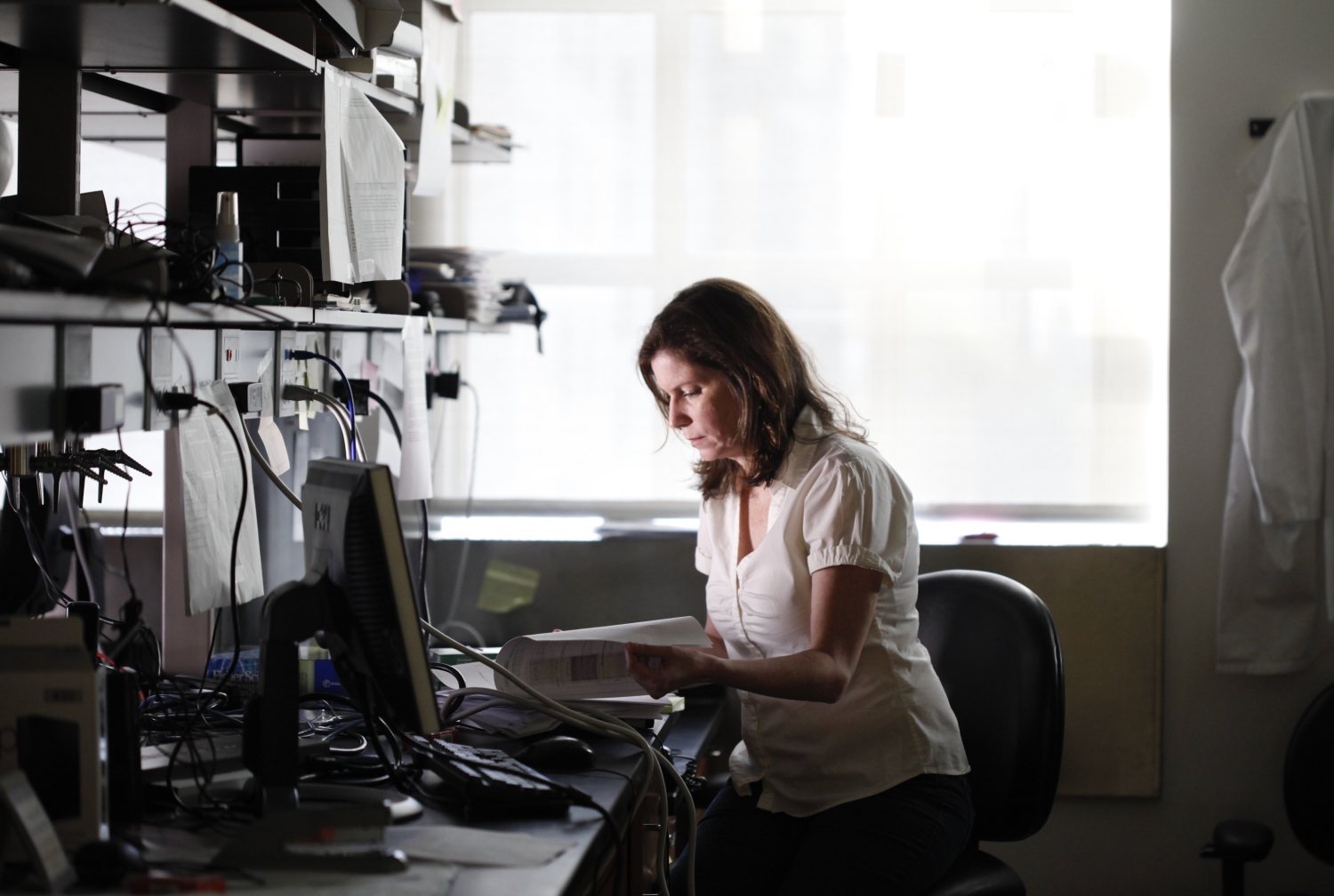 The Barbara McClintock Women Innovator Award was established to celebrate Cornell women innovators whose outstanding inventions have made a tangible impact in society through commercialization or new ventures. It was named after Dr. Barbara McClintock, a Cornell alumna and the first woman to win a Nobel Prize as a sole recipient in 1983. She was best known for her discovery of genetic transposition, which challenged existing paradigms in genetics at the time.

“Thank you so much for this award, it’s really a great honor,” Dr. Nirenberg said during her acceptance speech, which aired during the June 1 awards ceremony, hosted simultaneously at Weill Cornell Medicine’s Griffis Faculty Club and the Statler Hotel Ballroom on Cornell’s Ithaca campus. “Having Barbara McClintock’s name attached to it is such a source of pride. Her life story means a lot to me. It’s an honor from Cornell and an honor to have Barbara McClintock's name associated with it.”

Through her work at Weill Cornell Medicine, Dr. Nirenberg has developed technology that has led to the foundation of two companies. The first, Bionic Sight, develops a new kind of prosthetic device for people who have lost their vision to retinal degenerative diseases. The prosthetic retina, which is "worn" in the form of a tiny computer chip attached to visor-like glasses, combines the code by which the brain converts light patterns into visual images with gene therapy that enables certain cells in the retina — the eye's entryway for light — to fire the right code to the brain so that a patient can see. For this work, she received a MacArthur Foundation “Genius” Award in 2013.

“I realized that if I had the code, I have the potential to make a device that can make blind people see. And, three weeks later, I realized that same code could also be used for a new kind of machine vision — to make robots see, to make self-driving cars,” Dr. Nirenberg said in a video. “Suddenly I wasn’t a basic scientist anymore, but an applied scientist, an entrepreneur.”

Her second company, Nirenberg Neuroscience, which she recently sold to Intel, is using the same principle to enable robots and self-driving cars to “see” the way people do. In 2019, Dr. Nirenberg was named one of Crain’s Notable Women in Technology in the Greater New York City area.

Despite all this, Dr. Nirenberg is no stranger to failure — in fact, she embraces it.

“I have a lot of ideas, and I admit that when I have one, I'm sometimes in love with it, but then when I test it and find out I’m wrong, that the idea doesn't work, I don't quit. Sure, I'm depressed for a while, eat a quart of ice cream. Whatever,” Dr. Nirenberg said. “But once I'm sure I'm wrong, then it becomes a very important piece of data, a constraint on my hypothesis. And this invariably leads me to the right path. But if you fight it, and try to ignore or rationalize the failure, you’ll never get there.”

At the ceremony, CTL also presented the Rising Innovator Women Awards to two Cornell researchers from the Ithaca campus: Dr. Greeshma Gadikota, an assistant professor and Croll Sesquicentennial Fellow in the School of Civil and Environmental Engineering, and Dr. Alexa Schmitz, a postdoctoral research associate in Biological and Environmental Engineering in the College of Agriculture and Life Sciences.

The awards honor Cornell women inventors whose inventions are at early stages of commercialization and are promising for future impact. Dr. Gadikota focuses on developing innovative approaches to engineer physico-chemical reactions in the environment to meet increasing energy demand. She’s also developing techniques to remove carbon dioxide from the atmosphere, helping to address global warming. Dr. Schmitz is currently working on engineering microbes that extract rare earth metals that are critical ingredients in many present and future sustainable energy technologies, including electric vehicles and wind turbines.

“Weill Cornell Medicine and Cornell’s Ithaca campus are proud to have such distinguished scientists as inaugural recipients of the Women Innovator Awards,” he added.