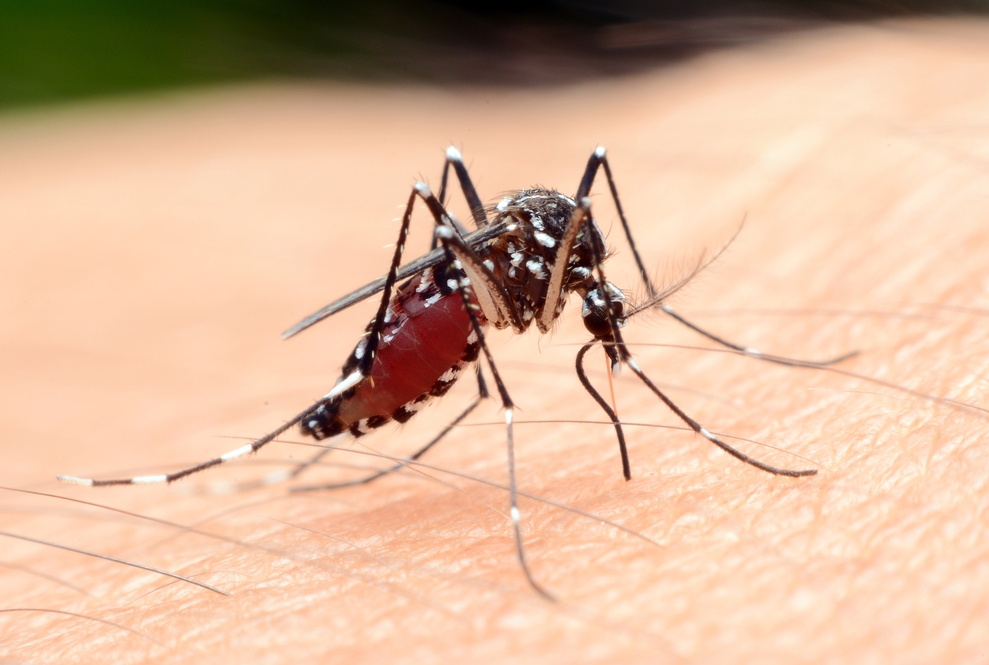 Image of a mosquito on skin. Credit: Shutterstock

A finding from Weill Cornell Medicine researchers sheds new light on the transmission of malaria, one of the biggest global public health challenges, which kills a young child every two minutes – more than any other infectious disease.

Malaria parasites, of which Plasmodium falciparum is the most widespread and lethal, are transmitted by mosquitoes and have a complex life cycle. Malaria symptoms occur once the parasite's asexual stages begin replicating inside red blood cells. However, these asexual forms must transform into male and female stages called gametocytes in order to infect the mosquitoes that spread the disease.

In a study published Jan. 27 in Nature Microbiology, investigators from Weill Cornell Medicine report they have identified a protein called HDP1 that plays a critical role in activating genes required for the development of these male and female stages. The finding provides important new insights into how the parasite controls this conversion into gametocytes.

Previous research has shown that switching between the different stages requires the master gene regulator AP2-G, which initiates the development of the transmissible stages by activating other regulators of gene expression, including HDP1.

In their new study, the researchers showed that HDP1 is required for the parasite’s maturation to the gametocyte stage, the first time such a connection has been shown. They used CRISPR/Cas9 gene-editing technology to delete the hdp1 gene in P. falciparum parasites. Using microscopy and other lab techniques, including flow cytometry and RNA sequencing and chromatin profiling, they were able to discover what was happening inside these cells at the molecular level.

They found that without HDP1, parasites were unable to turn up expression of genes that are necessary to assemble mature gametocytes and give them their characteristic sickle shape. This eventually leads to the death of these gametocytes and leaves them unable to infect mosquitoes.

“HDP1 is the first of a previously uncharacterized class of DNA-binding proteins identified in malaria,” said first author Dr. Riward Campelo Morillo, a research associate in microbiology and immunology in the Kafsack lab. “It provided us with a greater understanding of how genes are regulated in these parasites.”

The team aims to further study how these molecular changes cause the parasite to take on its sickle shape, something that is not currently known.

“By understanding the developmental program of these transmission stages, it could eventually lead to possible future drugs for blocking transmission,” Dr. Kafsack said. “We may be able to find additional components of this process that are unique to these parasites for us to target with drugs.”