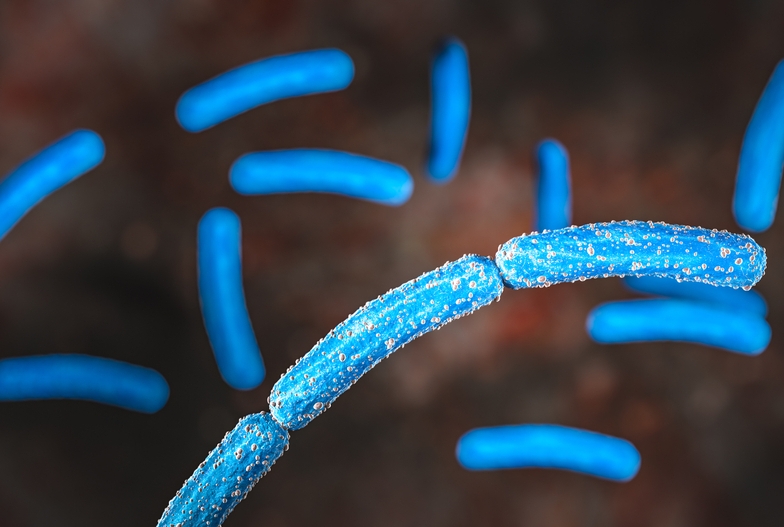 Scientists at the Jill Roberts Institute for Research in Inflammatory Bowel Disease at Weill Cornell Medicine have developed a pipeline that enables genetic manipulation of nonmodel gut bacteria. The pipeline will allow scientists to study the biological roles of these bacteria, which are increasingly recognized as key factors in health and disease, at the single-gene level.

Scientists have developed advanced genetic tools for some model gut bacteria, such as E. coli, but have lacked the necessary tools for a large group of gut bacteria called Firmicutes/Clostridia that are dominant in a healthy human gut. In the study, published Jan. 19 in Cell, the researchers have developed gene-modification techniques for multiple nonmodel gut bacteria, from more than five different phyla including Firmicutes/Clostridia.

The researchers demonstrated the potential of their new genetic tools by using them to study the role of a key gut bacterial gene in regulating colon inflammation.

"Gut bacteria play a major role in the onset and development of human diseases like inflammatory bowel disease and cancers," said Dr. Chun-Jun Guo, assistant professor of immunology in medicine in the Department of Gastroenterology and Hepatology and a scientist in the Jill Roberts Institute for Research in Inflammatory Bowel Disease at Weill Cornell Medicine. “We were able not only to develop genetic manipulation tools for previously 'intractable' gut bacteria, but also to discover an interesting role for a microbial gene in the host using these tools.”

Gut bacteria have generally evolved symbiotic relationships, also known as commensal, with their animal hosts, including humans. Although scientists over the last two decades have been increasingly aware of gut microbes' importance in immune function and overall health—and in promoting disease when they are disrupted, for example by antibiotic use or poor diets—the development of genetic tools for manipulating these microbes has not kept pace.

In their study, Dr. Guo and his team devised methods for targeting relatively conserved regions on bacterial genomes to develop their gene insertion tools. The team also developed CRISPR-based gene-silencing vectors and investigated how to optimize other parameters for gene transfer, enabling the identification of gut commensals amenable to genetic modifications. Such tools would allow scientists to explore the effects of silencing or deleting individual microbiota genes within a highly complex gut microbiome and study the impact of such manipulation on overall gut bacteria composition.

"The tool development strategy in this study can be applied to other nonmodel gut bacteria that have not been studied in this paper,” said first author Dr. Wen-bing Jin, a postdoctoral associate in medicine in the Jill Roberts Institute. “Moreover, this pipeline greatly expands the territory of the human gut microbiome that we can manipulate, as we can alter genes in other nonmodel gut microbes and probe their effects on host biology and diseases.”

As a demonstration, the researchers knocked out a bacterial gene called baiH, that is commonly found in a small group of gut Clostridial bacteria. The gene encodes an enzyme involved in producing microbiota-derived molecules known as secondary bile acids. These molecules have a variety of interesting biological functions ranging from the inhibition of "bad" gut bacteria to the promotion of liver cancer.

The researchers found that knocking out baiH—in bacterial species for which there had been no good tools for gene modification—had a surprising and outsized impact on mice. The absence of baiH significantly altered the fecal bile acid landscape, which shifted the gut microbiome's overall composition to a less pro-inflammatory state. The mice, as a result, are more protected against chemically-induced colitis.

"Interestingly, we saw no such protective effect when the mice lacked a highly complex gut microbiome, so our ability to manipulate the baiH gene in a complex microbial environment was the key to observing this gene's effect," Dr. Guo said.

He and his team are now continuing to develop and employ their genetic-manipulation toolkit to illuminate microbial pathways that can affect the course of gut inflammation—pathways that might someday be targetable with drugs to alleviate inflammatory ailments.