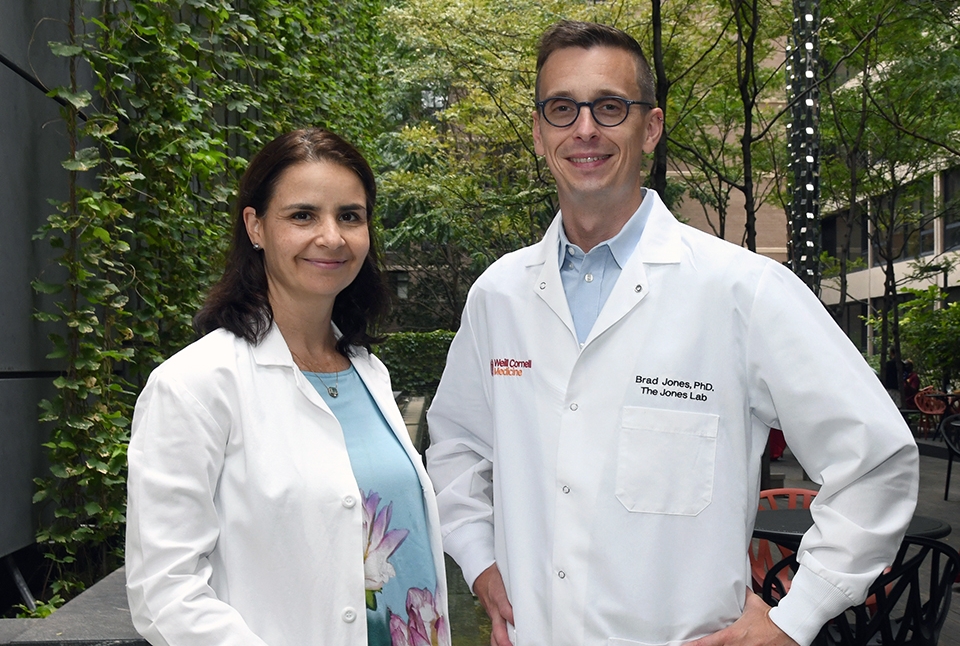 Weill Cornell Medicine has been awarded a five-year, $28.5 million Martin Delaney Collaboratory grant from the National Institutes of Health to lead a multi-institutional effort aimed at finding a cure for HIV.

HIV remains a top global health concern, with nearly 38 million people worldwide infected with the virus, and 770,000 deaths from AIDS in 2018, according to the World Health Organization. While modern treatments have transformed HIV infection into a manageable chronic condition, there is no cure. The expensive and daily treatment comes with potential side effects and remains inaccessible to many people living with HIV.

The Martin Delaney Collaboratories are the flagship NIH funding mechanism for HIV cure research. The grant will fund a Weill Cornell Medicine-based program known as REACH: Research Enterprise to Advance a Cure for HIV led by Dr. Brad Jones, associate professor of immunology in medicine in the Division of Infectious Diseases at Weill Cornell Medicine.

REACH, which was formed in late 2020, builds on some investigative elements of the BELIEVE Collaboratory, created in 2016 and co-led by Dr. Jones and Dr. Douglas Nixon, professor of immunology in medicine in the Division of Infectious Diseases at Weill Cornell Medicine.

“This award represents a remarkable vote of confidence and recognition of Weill Cornell Medicine as an international hub of HIV cure research,” said Dr. Jones. “With this funding we will leverage novel technological and analytical methods to redefine how the immune system interacts with the HIV reservoir in people on therapy.”

A cure can be defined as a total eradication of the virus in the body, called a classical cure, or a suppression of the virus by boosting the immune system, called a functional cure. Both outcomes would end the need for lifelong medication.

“We believe that both of these outcomes are possible, but that they are complex and there are challenging problems to solve,” Dr. Jones said.

The standard thinking that HIV is uncurable because it “hides” from the immune system, maintaining a reservoir of infected cells, doesn’t fully reflect recent observations, Dr. Jones said.

Because even when the immune system detects the infected cells, the cells can resist being killed.

“We want to understand the role that this immune failure plays in HIV persistence and develop ways to overcome it,” he said. “This is a major aim of the grant and will be built upon mechanistic investigations using multi-omics platforms,” which involves leveraging new technologies and big data to work towards a comprehensive understanding of a biological system.

Because cells use multiple layers of regulation to control their behavior, detecting changes at the DNA level (genome), the chemical changes to DNA that affect gene expression (epigenome) and the readout itself (transcriptome), to name just three levels, can be enlightening.

The REACH Collaboratory, which will be co-led by Dr. Marina Caskey of The Rockefeller University, brings together scientists with diverse expertise to untangle the mechanisms that make HIV so resilient.

With 18 different institutions involved, the REACH program is a model for harnessing the great power of many scientific communities and minds, Dr. Jones said.

The work of the collaboratory is also key to learning more about HIV in different populations. Cure research has primarily focused on the virus in North American populations, who have a strain called subtype B. Working with researchers in Uganda, in particular, the REACH team hopes to learn more about subtypes A and E of the virus.

In addition to making scientific advances, the REACH team aims to connect with individuals and communities around the world impacted by HIV, such as Uganda and Mexico.

The program also has a critical component of community outreach. “We seek input from the community to hear about what a cure means to them and what types of treatments would be acceptable and better than the current course of medication,” Dr. Jones said. “We also want to help inform the community about the current state of the science and have them participate in future clinical trials.”

“We have learned so much about how HIV persists over the past decade. The next five years will be so critical to addressing the remaining gaps in knowledge, and then using this deeper understanding to design next generation therapeutic approaches,” Dr. Jones said.  “With the ongoing support of the NIH and the communities of people living with HIV, I do believe that a cure for HIV is within reach.”