Imaging Study Reveals Brain Changes During the Transition to Menopause 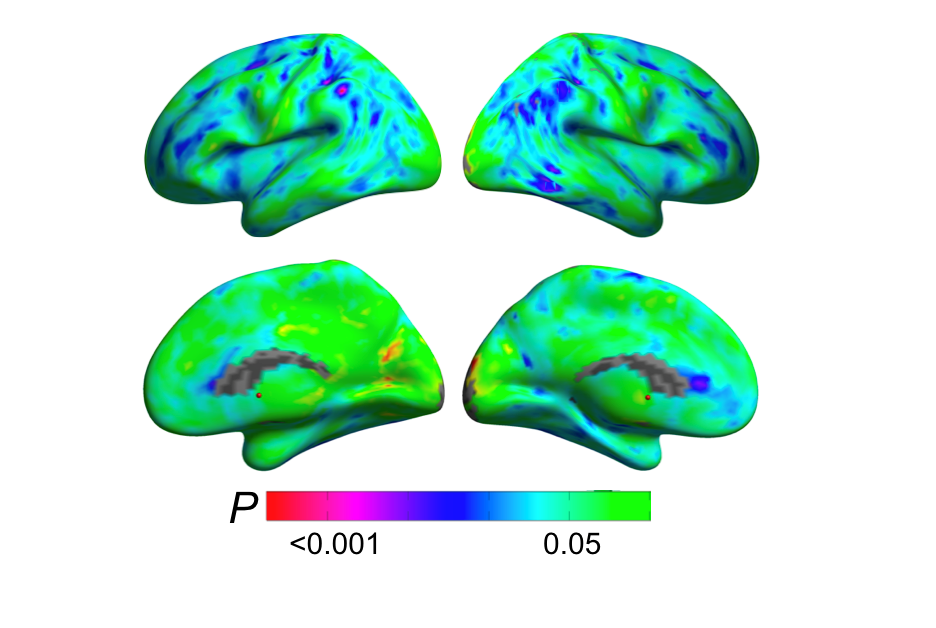 The transition from pre- to post-menopause, with its steep decline in estrogen production, involves myriad changes to brain structure, brain-region connectivity, and brain energy consumption, though many of these changes are only temporary, a study led by researchers at Weill Cornell Medicine has found.

In the study, which appeared June 9 in Scientific Reports, a team led by Dr. Lisa Mosconi, associate professor of neuroscience in neurology and in radiology, and director of the Women's Brain Initiative at Weill Cornell Medicine, used magnetic resonance imaging (MRI), magnetic resonance spectroscopy and positron emission tomography (PET) to scan the brains of 161 women between the ages of 40 and 65. Some of the women had not yet begun the menopause transition, some were in that transition (“peri-menopause”), and a third group were post-menopausal.

The scans yielded a trove of data on brain changes in the menopause transition, including changes in the volume of gray matter, the portion of the brain mainly consisting of neuron cell bodies, and of white matter, the bundles of nerve fibers that connect neurons; changes in cerebral blood flow and the consumption of glucose, the principal fuel source for cells; and changes in deposits of the Alzheimer’s-associated protein amyloid beta.

The results suggested that changes occur in many brain areas through the menopause transition. For example, gray matter volume was lower, on average, from the pre-menopausal to the post-menopausal group, in a brain region called the inferior temporal gyrus, which is associated with high-level visual perception. Glucose use also declined from pre- to post-menopause over large portions of the temporal lobes, which have a variety of functions in memory and perception. White matter volume declined in multiple regions throughout the brain.

The findings demonstrated, however, that the participants’ brains at least partly compensated for these declines, for example with increases in cerebral blood flow and ATP production (the energy currency of all cells) in some of the same regions where changes in brain matter volume and glucose use occurred.

The researchers’ analyses also suggested that some declines occur only transiently during the menopause transition, reversing by the time menopause is complete or in the years afterward. One such change was a temporary dip in gray matter volume in a region called the precuneus, thought to be involved in memory, self-awareness, and social cognition, which resolved post-menopause. White matter and glucose-use changes also partly stabilized or reversed in post-menopausal participants who were given follow-up scans two years after their baseline scans. Importantly, brain “recovery” was associated with increased memory and cognitive performance.

Comparisons with age-matched groups of male participants indicated that most of these changes were associated specifically with the menopause transition, not just with ordinary chronological aging.

The findings on brain deposits of amyloid beta (or Alzheimer’s plaques) showed that peri- and post-menopausal women who carried a key genetic risk factor for late-onset Alzheimer’s, the ε4 variant of the APOE gene, accumulated more amyloid beta plaques more than age-controlled, APOE-ε4 men, highlighting a connection between menopause and a higher Alzheimer’s risk for women.

Overall, according to Dr. Mosconi and her colleagues, the study shows how menopause reshapes the landscape of the female brain—and hints, at least, that this reshaping includes compensatory adaptations that maintain brain function despite the menopause-related drop in estrogen levels.

“Even though many women experience troublesome symptoms, from hot flashes to forgetfulness, menopause is a normal physiological event. Our study suggests that the brain has the ability to find a new “normal” after menopause, at least in most women,” said Dr. Mosconi. “We hope our findings will help overcome the stigma around menopause and encourage all women to take care of their brains during this transition.”