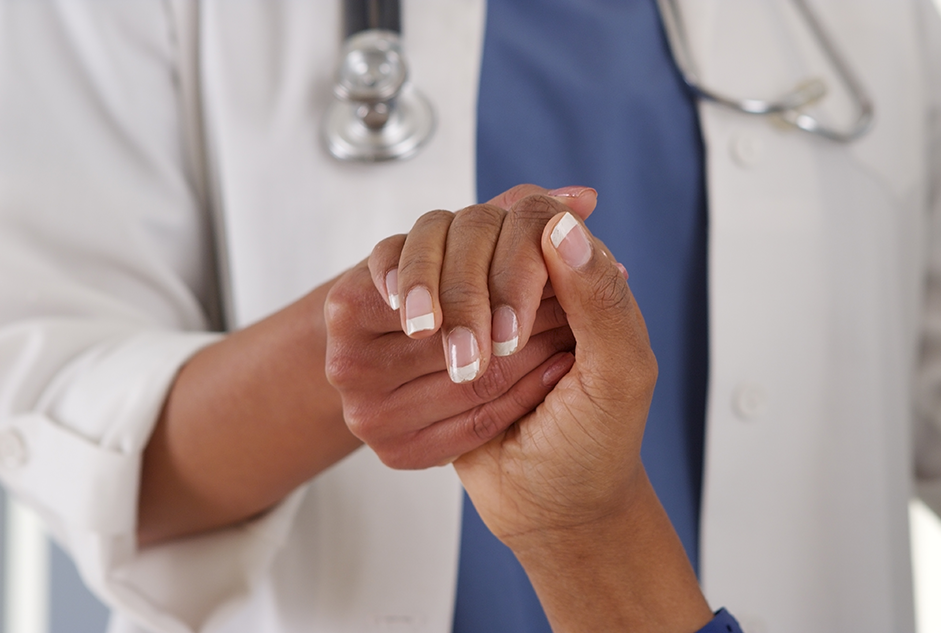 Two gene variants found in African American women may explain why they are more likely to be diagnosed with triple negative breast cancer (TNBC) than white women of European ancestry, according to Weill Cornell Medicine and NewYork-Presbyterian investigators. The study findings may have implications for developing better risk assessment tools for TNBC in African American women and for understanding why they have poorer TNBC outcomes.

In a study, published April 29 in Scientific Reports, the investigators found that a version of the ANKLE1 gene that can be protective against TNBC is less likely to be found in African American women than white women of European ancestry. In addition, African American women with a mutation in the Duffy gene, which plays a role in inflammation, have a higher risk of TNBC.

“While more white women are diagnosed with breast cancer, African American women are more likely to die from the disease,” said Dr. Melissa B. Davis, who was recruited to Weill Cornell Medicine as an associate professor of cell and developmental biology research in surgery, and is scientific director of the International Center for the Study of Breast Cancer Subtypes (ICSBCS). Moreover, African American women have twice the risk of developing TNBC than white women of European ancestry.

Historically, genetic studies of breast cancer have not included enough information about people of African descent, Dr. Davis said. This lack of data contributes to problems with understanding some of the less common versions of genes, or genetic mutations that are found in populations that are not of European descent.

To help address this problem, Dr. Davis and her research team analyzed genetic information from the ICSBCS cohort. The scientists collected DNA from saliva samples in 120 breast cancer patients from Ghana and Ethiopia. Additional samples were collected from 193 African American and 184 European American women with breast cancer. Dr. Davis’s team also collected data from 271 healthy controls in the United States and Ghana. The team then assessed the effect in these patients of different gene versions, known as alleles, that had been previously associated with breast cancer risk.

“We have this African-enriched cohort where we've assessed genetic ancestry, and this includes patients and case controls of African ancestry, which is unlike any other study,” said Dr. Davis, acknowledging the work of her research partners in Ghana and Ethiopia over the last 17 years, as part of the ICSBCS. The center was founded by co-author Dr. Lisa Newman, chief of the Section of Breast Surgery at Weill Cornell Medicine and NewYork-Presbyterian/Weill Cornell Medical Center, who was recruited to Weill Cornell Medicine as a professor of surgery.

The researchers found two risk alleles previously defined by the African American Breast Cancer Epidemiology and Risk (AMBER) Consortium were replicated in the ICSBCS study group of patients. Dr. Davis’s team validated that an ANKLE1 variant is protective against TNBC but that African American women are more likely to have a version that may be oncogenic, or cancer causing.

ANKLE1 has not been thoroughly studied in cancer yet. “Part of the reason would be that it’s under the radar,” Dr. Davis said. “It's a risk allele that was only identified when looking at African-Americans and Africans.”

ANKLE1 appears to have DNA repair properties like the BRCA gene. BRCA has enzymatic activity that helps to correct mistakes in DNA leading to cancer. Mutations in the gene increase breast cancer risk and physicians often recommend screening for mutations in BRCA in the Ashkenazi Jewish population in which it appears at higher rates. The researchers’ current findings on ANKLE1 should inform breast cancer risk models in African American women, Dr. Davis said.

The researchers also verified that a mutation in the Duffy gene, known for its role in inflammation and tumor biology, was associated with an increased risk of TNBC in African American women. The mutation causes the gene to lose function and is what researchers call a null allele.  “I would like women to be more informed about their Duffy-null status,” Dr. Davis. “If you have that status, you have a higher likelihood of developing triple negative breast cancer, if you get breast cancer,” she said.

A better genetic understanding of breast cancer in African American women can help to inform treatment. “Genetic signature tests can predict whether or not patients have a high risk of recurrence or high risk of having a refractory tumor,” Dr. Davis said. “Doctors can then determine whether the current standard of care is going to be effective or if they need to adjust the treatment plan for better outcomes.”