Study Illuminates Early Steps on the Road to Blood Cancers 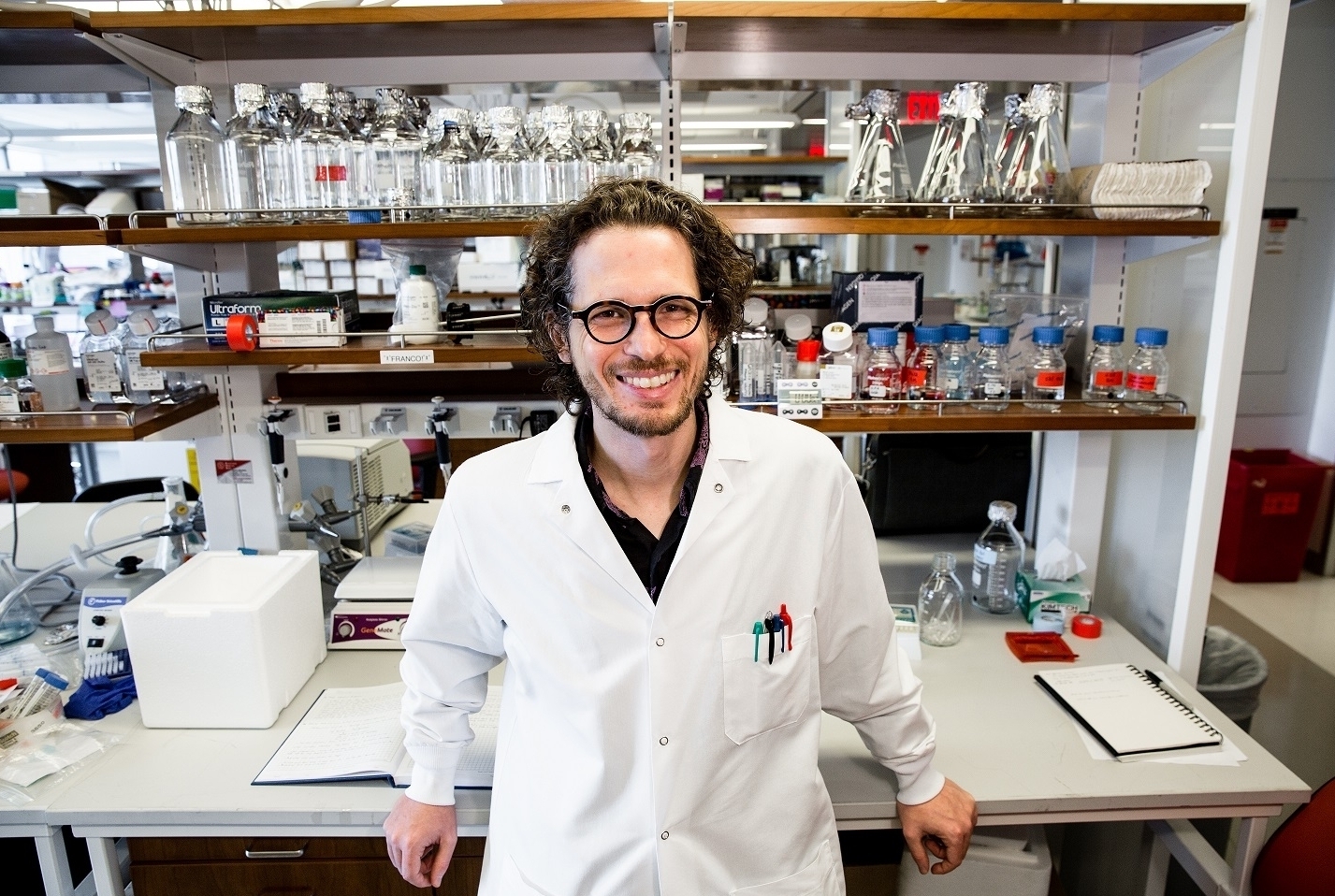 Gene mutations that are thought to be very early events in the development of leukemias and other blood disorders appear to set the stage for malignancy by increasing the production of certain types of blood cells at the expense of others, according to a study by researchers at Weill Cornell Medicine, New York Genome Center (NYGC), Memorial Sloan Kettering Cancer Center and Icahn School of Medicine at Mount Sinai. The findings contribute to scientists’ fundamental understanding of the regulation of blood cell development and provide new insight into how malignancies may arise when the process goes awry.

In the study, published March 23 in Nature Genetics, the researchers used new single-cell sequencing technology to track gene activity in types of stem cells known as hematopoietic stem cells (HSCs), which reside in the bone marrow and some other tissues. Throughout life, HSCs produce many types of specialized blood cells, including white and red blood cells, in a multi-stage process called hematopoiesis. The new sequencing technology allowed scientists to link changes in the DNA to the activity of genes in individual cells during hematopoiesis.

Research has shown that two genes frequently mutate early on in the development of blood cancers as well as in an age-related, precancerous blood-cell disorder called clonal hematopoiesis (CH). The gene DNMT3A encodes an enzyme that adds chemical marks called methyl groups to DNA. These marks, also known as epigenetic marks, help control which genes are switched “on” and which are switched “off” in a cell. The gene TET2 has the opposite effect, encoding an enzyme that removes the marks.

The scientists analyzed HSCs in mice that lack TET2 or DNMT3A and found that the gene loss can bias the stem cells’ usual production towards one subset of blood cells or another. Furthermore, these subsets corresponded to the blood cells that are overproduced in CH and blood cancers.

“These findings help us better understand how these common mutations start hematopoietic stem cells on the path to malignancy,” said senior author Dr. Dan Landau, an assistant professor of medicine and a member of the Sandra and Edward Meyer Cancer Center at Weill Cornell Medicine, a core member of the NYGC, and an oncologist at NewYork-Presbyterian/Weill Cornell Medical Center.

More than 1.2 million Americans have leukemias, lymphomas and other blood cancers, which are often ultimately fatal. Researchers estimate that at least several million more Americans, including about 10 percent of people over the age of 65, have CH, a condition in which one or more HSCs acquires a mutation and starts overproducing blood cells. CH may have no clinical manifestations, but it raises the risk of blood cancers as well as cardiovascular disease.

Studying the effects of TET2 and DMNT3A has been difficult, at least in the context of blood cancers, since those cancers typically have acquired other mutations to become fully malignant. And because the increases or decreases in DNA methylation caused by the loss of the genes occur so broadly across the genome, scientists haven’t understood how they translate into specific changes in blood cell production.

Dr. Landau and his team found that the genome-wide disruptions of methylation caused by these mutations likely affect the behavior of a critical set of transcription factors, proteins that function as master switches controlling the basic pattern of gene activity. To explain how specific outcomes arise from the genome-wide changes, they propose that some of these transcription factors are more affected by the methylation changes than others.

The scientists now are continuing to develop single-cell sequencing and related technologies to enable a better understanding of the earliest changes that underlie the cancerous transformation of healthy cells.

“It has been recognized in recent years that not just hematopoietic stem cells but also many other cell types throughout the body commonly acquire these mutations that potentially set them on the road to cancer,” said Dr. Landau, who is also an assistant professor of physiology and biophysics and a member of the HRH Prince Alwaleed Bin Talal Bin Abdulaziz Alsaud Institute for Computational Biomedicine at Weill Cornell Medicine. “A major focus for our lab is to develop technologies to help us understand and tackle this emerging biomedical challenge.”