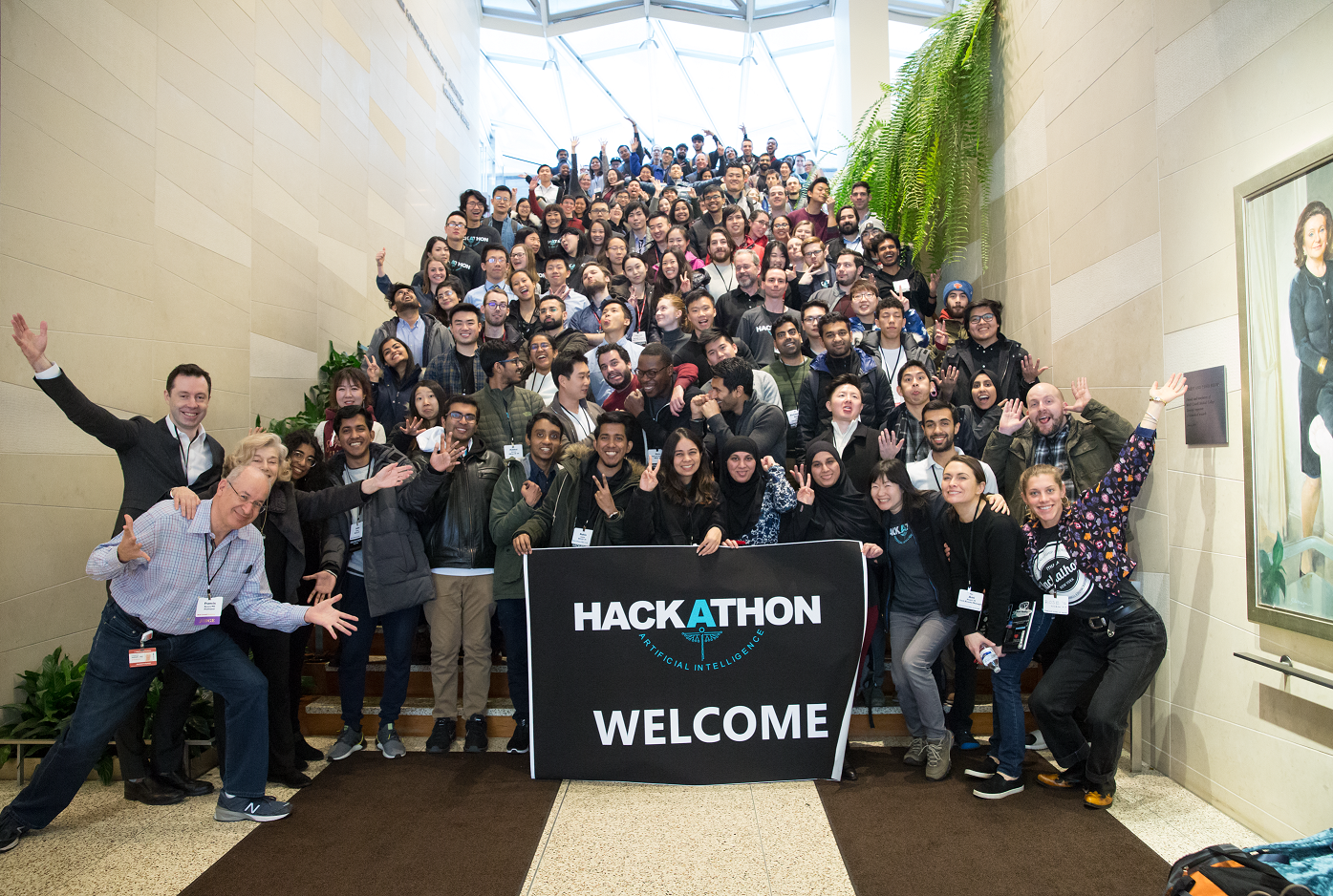 All photos by Ashley Jones

Everyone agrees: When it comes to healthcare, it's important for patients and their caretakers to have access to medical records, but that's often easier said than done. Medical information can be fragmented across healthcare providers, making it challenging for patients and their families to have a comprehensive view of their healthcare needs. Six students from Weill Cornell Medicine, Cornell University, Columbia University and City Tech thought there should be a tool to help, and banded together during Weill Cornell Medicine’s Health Hackathon to invent it. 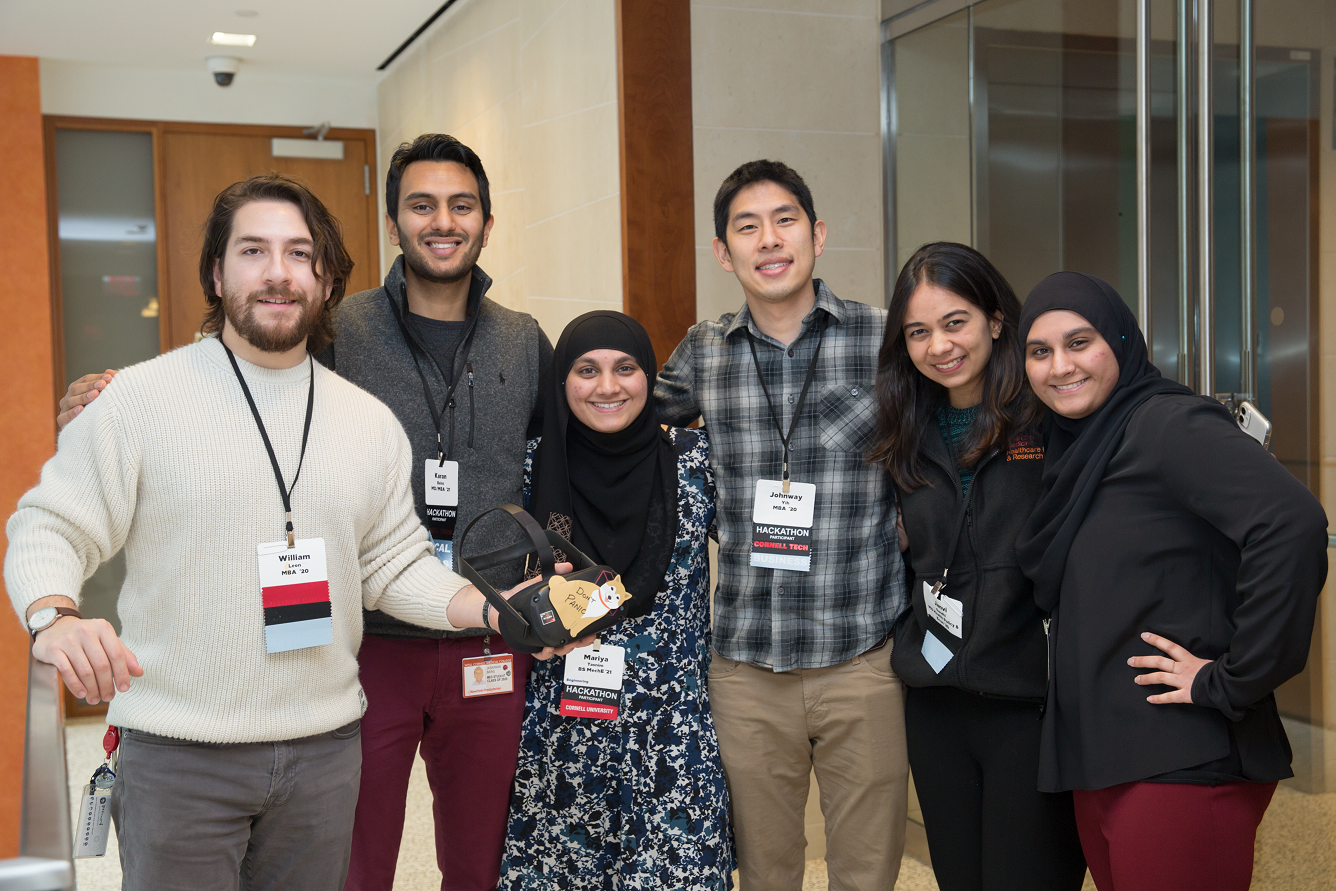 By the event’s second day, two dozen teams comprising 140 participants were each in pursuit of a big idea, and with one eye on $7,500-worth of prizes. A buffet table provided sustenance, while a roving band of about 60 mentors offered moral and intellectual support.

One goal of the annual event is to get students “to think outside the box and to be innovative,” said Dr. Julianne Imperato-McGinley, director of the CTSC and a judge during the hackathon. “Also, come up with a plan and develop it. A plan alone is nothing more than a flight of fancy.” And her message resonated; this year’s race to achieve inventive solutions, she noted, “was intense.”

Health hackathons can yield tangible, immediate results. “We are continuing to work on our product, MyophonX, a wearable device that restores speech in patients with limited phonation,” said Dr. Anaïs Rameau, a laryngologist whose team shared the grand prize in 2018. She encouraged one group this year to work on a facemask that could detect body temperature, breathing rate and blood oxygen levels—useful tools in an ER and during a viral outbreak. The group later won the 2020 grand prize.

Compared with Silicon Valley-style hackathons, “It’s different because of the sheer diversity and amount of brain power, all focused on one goal: improving human health and well-being,” said Ami Stuart, tech events manager of Entrepreneurship at Cornell, which teamed up with the CTSC and its partners Memorial Sloan Kettering and Hospital for Special Surgery to make the event—and its diverse mix of participants—come together. 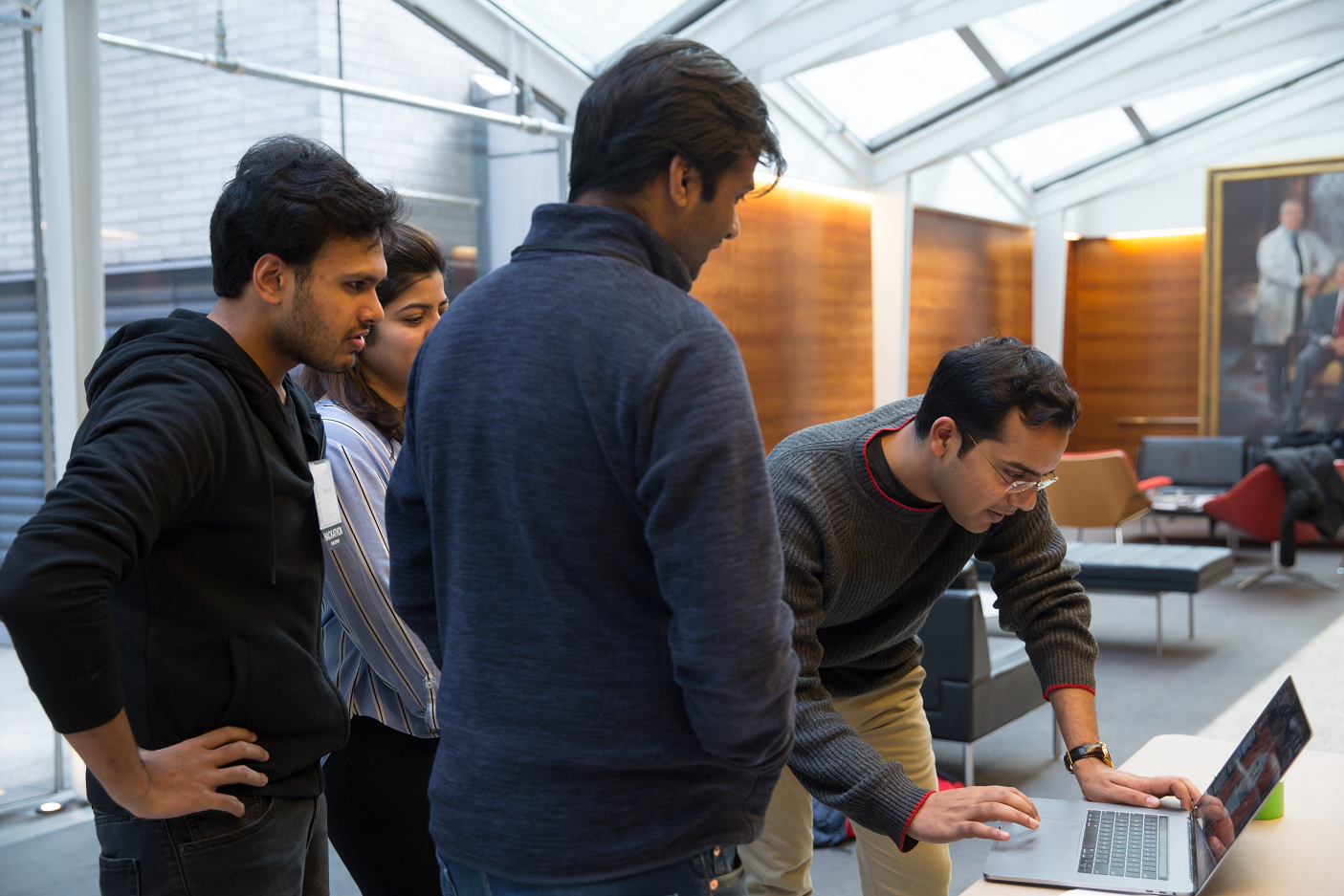 Sponsors and supporters included Johnson & Johnson, IBM, SAP, Microsoft and the Caryl and Israel Englander Institute for Precision Medicine at Weill Cornell Medicine. After opening remarks, anyone with an idea could make a pitch: Picture a series of TED Talks, limited to 90 seconds each, followed by dinner and a scramble to form teams. Then everyone got to work. “We closed shop at 11 p.m.,” said My Linh H. Nguyen-Novotny, assistant director for programmatic development at the CTSC and, together with Stuart, a lead organizer of the event. “Then you were free to work through the night”—plus most of the following day and into the next—sustained by on-tap mentoring and untold quantities of coffee.

Another goal is to put together thinkers in different fields and at different stages in their careers. “In science and a lot of fields we need to break down silos,” Nguyen-Novotny said, “and this is a prime example of how people are not just paying lip service but actually doing it.” And because students are leading the charge, “it flattens the hierarchy,” she said, adding, “The skills you pick up you would not necessarily get in a classroom setting.”

Like the ability to present an innovation in less than four minutes—under the scrutiny of judges like Dr. Olivier Elemento, professor of physiology and biophysics at Weill Cornell Medicine, associate program director of the CTSC and, as director of the Englander Institute for Precision Medicine, an expert in AI-reliant precision medicine. His stake in the event was clear: “To leverage the energy of the students and improve medicine through technology and innovation,” he said.

Ten teams made it to the finals, and after another grueling round of presentations, prizes were awarded for best technical invention (“Out Break,” able to suss out fast-changing viral mutations); best diagnostic app (“OpenCell AI,” which would speed pathology testing); and of course grand prize, for “VitalMask,” the vital-signs-reading wearable, which could decrease waiting time and prioritize patients, allowing a hospital to gather vitals before a bed was ready.

IBM made additional awards for innovation in the fight against coronavirus, which went to VitalMask, Out Break and LimeLite, whose “MILD” kit would allow patients to find out how sick they are.

Selecting finalists was tough because “they were all impressive,” said one judge, Dr. Francis Barany, a professor of microbiology and immunology at Weill Cornell Medicine. “It’s quite remarkable what they accomplished in a weekend. I hope many of the teams will stick together and get funding, whether they were finalists or not.”