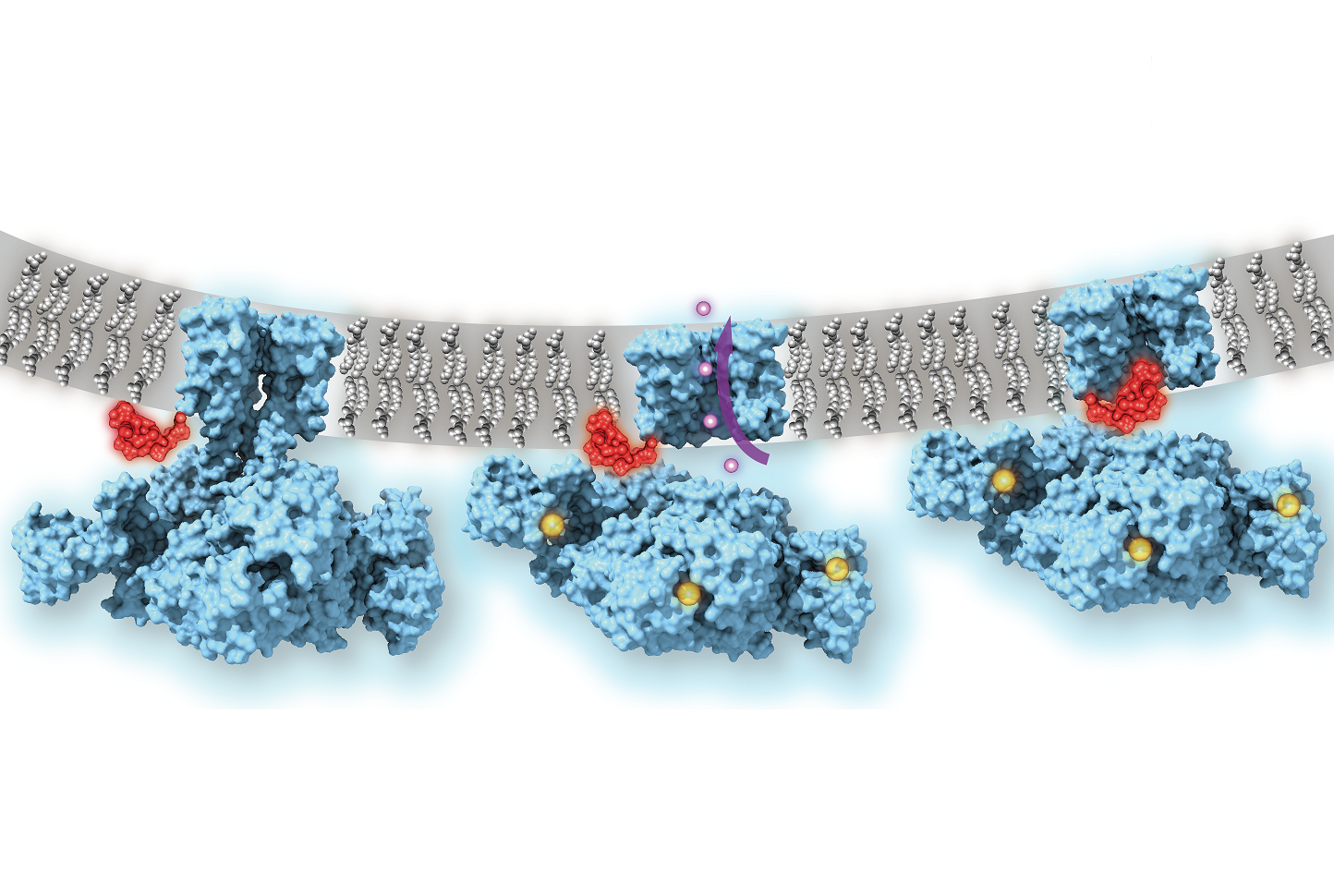 Calcium-gated potassium channel MthK in closed, open and inactivated states, from left to right. Channel structure (blue), with one subunit removed for clarity; calcium ions (yellow); potassium ions (purple); membrane (grey); N-terminal inactivation peptide (red).  The location of the peptide in the inactivated channel was identified in the structural analysis, whereas the location shown in closed and open channels is hypothetical. Image courtesy of Dr. Crina Nimigean.

Ion channels, which allow potassium and sodium ions to flow in and out of cells, are crucial in neuronal ‘firing’ in the central nervous system and for brain and heart function. These channels use a “ball-and-chain” mechanism to help regulate their ion flow, according to a new study led by Weill Cornell Medicine scientists.

The study, published March 18 in Nature, confirms a long-standing hypothesis about ion channels, and represents a key advance in the understanding of the basic biological processes at work in most cells.

The direct imaging of the ball-and-chain mechanism, using electron-microscopy techniques, can also provide a new angle to design drugs that target it to improve ion channel function. Ion channel abnormalities have been linked to a long list of disorders including epilepsies, heart arrhythmias, schizophrenia and diabetes.

“Scientists have been trying to get an atomic-scale picture of this mechanism since the 1970s, and now that we have it at last, it can become an important drug target,” said senior author Dr. Crina Nimigean, an associate professor of physiology and biophysics in anesthesiology at Weill Cornell Medicine. 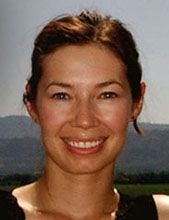 Many types of ion channels, including those necessary for neuronal signaling and the beating of the heart, will physically open, allowing a flow of ions in or out of the cell, when a certain stimulus is applied. However, in order to switch ion flow on and off with high enough frequencies to meet the demands of neurons, heart muscle cells and other cell types, some ion channels need an additional, on-the-fly mechanism to stop ion flow—even when the stimulus is still present and the channel structure is in principle in the “open” state.

Researchers in the field have suspected since 1973, based on biochemical experiments, that this on-the-fly mechanism resembles a bathtub plug on a chain, or “ball-and-chain” structure. But confirming this directly with atomic-scale imaging methods has been a formidable challenge. This is due chiefly to the complexity of these channels in mammals and the difficulty of reconstructing them, for imaging purposes, in a cell-membrane-like environment where they are normally connected to other cell membrane components.

“Nobody knew exactly how this process actually looks and works—does the “ball” block the opening of the channel, or actually go in and plug the pore, or alternatively, alter the conformation of the channel indirectly?” said Dr. Nimigean.

She and her colleagues were able to overcome this challenge by imaging a potassium ion channel from Methanobacterium thermoautotrophicum, a bacteria-like species found at deep-sea geothermal vents. Its “MthK” channel is known to be structurally similar to the mammalian “BK” potassium channel that is crucial for the proper function of neurons and many other cell types—yet MthK has key simplifications that make it easier to image.

With low-temperature electron microscopy (cryo-EM), which bounces electrons instead of light off objects to make atomic-resolution images of them, the scientists obtained pictures of the MthK channel when it was switched open by calcium and switched closed. The pictures revealed that even when the MthK channel is in the calcium-activated, “open” state, the pathway through which ions flow was plugged by a flexible element that sticks into the pore of the channel structure.

The scientists confirmed the function of this plug mechanism by showing that when the ‘ball-and-chain’ was deleted genetically, the flow of potassium ions through the calcium-activated MthK channel was no longer regulated.

Dr. Nimigean and her colleagues now are planning to explore how this mechanism might be targeted therapeutically.

“Different classes of potassium channels in human cells are very similar in their channel structures. So a drug that blocks a particular channel will tend to affect other potassium channels and thus could have many unwanted side effects,” she said. “However, understanding and then targeting this ball-and-chain structure that we were able to image could allow us to therapeutically modulate potassium channels with much more specificity.”