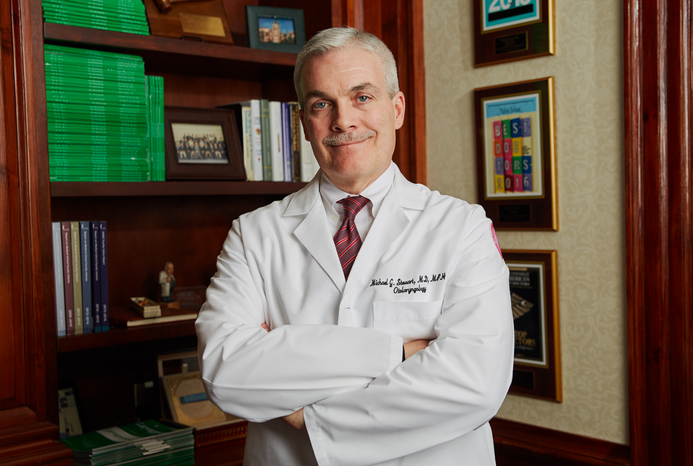 “In our increasingly globalized society, medicine can no longer simply be a domestic affair,” said Dr. Augustine M.K. Choi, the Stephen and Suzanne Weiss Dean of Weill Cornell Medicine and provost for medical affairs of Cornell University. “It is vital that our preeminent physicians and scientists help safeguard the health of those around the world—a responsibility we at Weill Cornell Medicine have advanced for decades. Our new Office of International Affairs, led by Dr. Michael Stewart, builds on that momentum and ensures that we can continue to make an impact across the globe.”

“Our goal is to create a front door for people inquiring about our exceptionally strong portfolio of international activities, as well as those who want to establish new collaborations with us,” said Dr. Stewart, who is also chairman of the Department of Otolaryngology—Head and Neck Surgery at Weill Cornell Medicine and otolaryngologist-in-chief at NewYork-Presbyterian/Weill Cornell Medical Center. “The Office of International Affairs will unite all of these programs, overseen by their distinguished directors, and take Weill Cornell Medicine to the next level of excellence worldwide.”

The Center for Global Health, led by Dr. Daniel Fitzgerald, maintains a robust portfolio of 20 global health programs spanning six continents. Key partners include the Haitian Study Group on Opportunistic Infections and Kaposi’s Sarcoma, or GHESKIO, in Haiti; Weill Bugando School of Medicine in Tanzania; the Federal University of Bahia’s School of Medicine and the Oswaldo Cruz Foundation/Brazilian Ministry of Health in Brazil; and the BJ Medical College in Pune, India. At these and other sites, Weill Cornell Medicine physicians and scientists, in collaboration with their counterparts from local communities, engage in various medical and scientific activities, such as providing clinical care, conducting translational research and teaching medical trainees.

Weill Cornell Medicine’s prominence in global health extends to its trainees, under the auspices of the Office of Global Health Education, led by Dr. Madelon Finkel. Established in 2009, the Office of Global Health Education oversees and coordinates the global health educational electives program for students enrolled at Weill Cornell Medical College, with sites throughout Central and South America, Africa, Europe and Asia. On average, about half of all graduating medical students at Weill Cornell Medicine participate in a clinical elective abroad at some point during their schooling. These include first-year summer electives, a gap year abroad, global health research as part of their Areas of Concentration projects, and a fourth-year clinical elective.

The Open Medical Institute (organized under the American Austrian Foundation) and Weill Cornell Medicine established the Salzburg Weill Cornell Seminars in 1993 as a way for Weill Cornell Medicine doctors, trained in Western medical practices, to share their knowledge with their counterparts from Eastern European and former Soviet bloc countries after the fall of the Iron Curtain. Conceptualized and led by Dr. Wolfgang Aulitzky, associate dean for international medical education at Weill Cornell Medicine, the seminars, hosted in Salzburg, Austria, have flourished in the last two decades, with the institution’s faculty training more than 23,000 physicians from more than 120 countries in Eastern and Central Europe, Asia, Africa and Latin America.

In addition to these existing programs, the Office of International Affairs will organize strategic planning around where and when Weill Cornell Medicine should next establish international activities, with a particular focus on future opportunities in Asia.