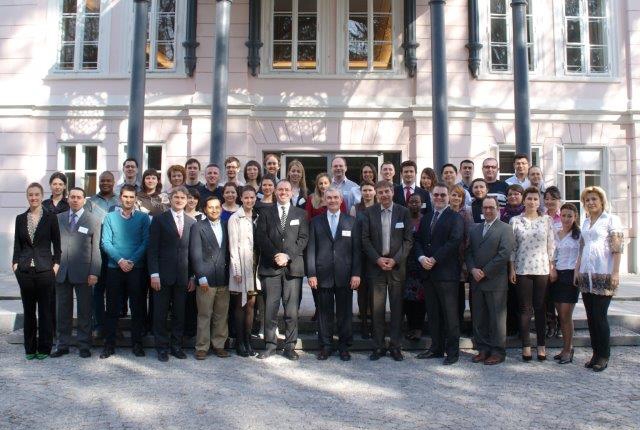 Dr. Peter Krcho's hometown of Kosice, Slovakia is known for many things: The second largest city in the nation, Kosice is the economic and cultural center of eastern Slovakia, a hub of education and industry. It also has one of the highest neonatal and infant mortality rates among European cities.

Dr. Krcho, a neonatologist, has always been passionate about changing that sobering statistic. But Communist rule over the former Czechoslovakia stifled medical advances — until the Velvet Revolution broke out in 1989, causing the Soviet satellite state to collapse and opening the borders to foreign travel.

Seeking new strategies to prevent infant mortality, Dr. Krcho applied in 1996 for a one-week seminar from the Open Medical Institute on neonatology in Salzburg, Austria. Taught by American neonatologists, Dr. Krcho learned, for the first time, new medical practices and technology used in the West to improve health outcomes for babies.

He returned to Kosice and established the largest neonatal unit in Slovakia and a foundation that today has raised more than 300,000 Euros to buy equipment for the unit. And he's since treated countless babies who've had better outcomes than Dr. Krcho could ever have imagined. In one case, a baby was born with severe bleeding in the lungs, and was not responding to traditional treatment. After seeking advice from a seminar mentor, Dr. Krcho was not only able to stop the bleeding, but was also able to preserve the child's quality of life. That baby is now 6 years old, thriving, without any brain injury — all, he says, because of his newfound medical knowledge and networking from that seminar. 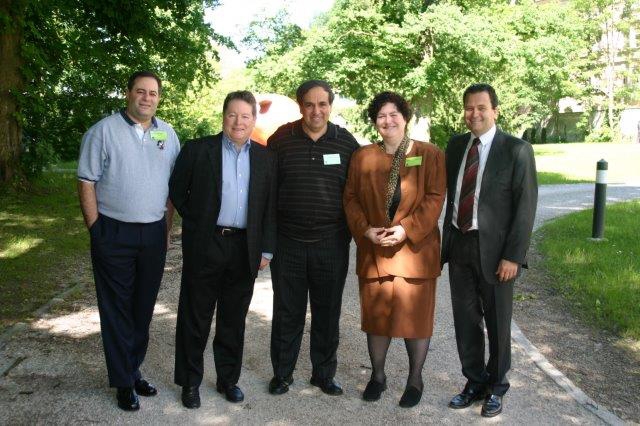 The Open Medical Institute's Salzburg Seminars is dedicated to providing physicians like Dr. Krcho with Western medical knowledge and training through one-week seminars taught by American doctors and hosted at the Schloss Arenberg Center for Arts & Science in Salzburg, Austria. It began in 1993 with an innovative partnership with Weill Cornell Medical College, whose faculty donates their time to teach foreign doctors, and has been so successful that nearly a dozen of other institutions have joined the cause.

Now celebrating 20 years of medical exchange through the Salzburg Weill Cornell Seminars, leaders at the medical college and the American Austrian Foundation are reflecting on the program, which remains the largest of all the Open Medical Institute's seminar series. A benefit concert featuring the Vienna Philharmonic Orchestra and the Vienna Boys Choir, along with a dinner, live auction and raffle drawing, scheduled for Dec. 5 in Carnegie Hall, will celebrate this milestone, as well as raise funds for the Salzburg Weill Cornell program.

"In the former Soviet Union, in that part of the world, health care in the United States is viewed as the role model," said Dr. Wolfgang Aulitzky, associate dean for international education development, the Gerhard Andlinger Professor of International Medical Education and Distance Learning and adjunct professor of clinical urology and of clinical reproductive medicine at Weill Cornell, medical director of the American Austrian Foundation and co-chair of the Open Medical Institute's Steering Committee. "The foundation has a tremendous partnership with Weill Cornell, and we are very grateful to the medical college faculty, who has made this medical Peace Corps possible."

"When the Salzburg Weill Cornell Seminars started, they were meant for bridging the gap in medical knowledge and practice between East and West Europe," said Dr. Miodrag Milenovic, an anesthesiologist from Serbia and fellow of the Salzburg Weill Cornell Seminars who studied with Dr. Hugh Hemmings twice and visited Weill Cornell. "Twenty years later, there are still a lot of differences, but the format of the communication and development brought all the world together in an attempt to share and unify standards in education, knowledge and medical practice. I believe this scholarship was the very best opportunity offered to me — and just in time."

Dr. Michael G. Stewart, vice dean and chairman of the Department of Otolaryngology — Head and Neck Surgery at Weill Cornell, was invited to teach a seminar several years ago by the former chairman Dr. Schley. It didn't take long for him to realize the program's value, and how it fit into Weill Cornell's vision of global leadership to enhance human health around the world.

"We're very fortunate in this country to practice in a wonderful health care system and to have a lot of resources at our disposal," said Dr. Stewart, the E. Darracott Vaughn, Jr. M.D. Senior Associate Dean for Clinical Affairs and professor of otolaryngology and public health at Weill Cornell, medical co-director of the American Austrian Foundation and member of the Open Medical Institute's Steering Committee. "It really is our obligation to society to try to give back to those who are not blessed to live in countries that have the support and resources for health care that we do. It's also a fundamental part of what we do every day — we educate — and this is a chance for us to educate people who are not in our own system."

But the education goes both ways.

"We get a lot out of it; we learn how things are done in other countries and the problems that are encountered in delivering care," said Dr. Richard Granstein, chairman of the Department of Dermatology and the George W. Hambrick, Jr. Professor of Dermatology at Weill Cornell, who's taught six seminars and has a seventh scheduled for next year. "Not just the technological aspects; we also learn about cultural differences." Dermatological procedures performed routinely in the United States are often too expensive for other nations, he said.

"Emotionally, it's very satisfying," he said of the experience. "You feel that you are truly helping to provide medical care for people by teaching and training individuals who are going to be providing that care. Our goal is to enable them to perform at a higher standard or with greater knowledge. Most of us go into academic medicine because we want to teach and do research as well as care for patients, and the Salzburg Weill Cornell Seminars is another dimension of that."

Fall of Communism Ushers in New Era in Medicine

In the early '90s, as the Iron Curtain fell and Eastern Europe emerged from Communist rule, the Western World began to notice how far behind doctors in the former Soviet bloc countries were in medical practice and technology.

Dr. Aulitzky, who after his medical education at the University of Innsbruck in Austria came to New York in the late '80s as a research fellow at NewYork-Presbyterian Hospital/Weill Cornell, was compelled to help bring his fellow doctors up to speed. In 1993, he contacted the late Dr. Stephen Scheidt, a cardiologist at Weill Cornell who was a friend and colleague, and asked if he would teach a one-week seminar on cardiology in Salzburg. 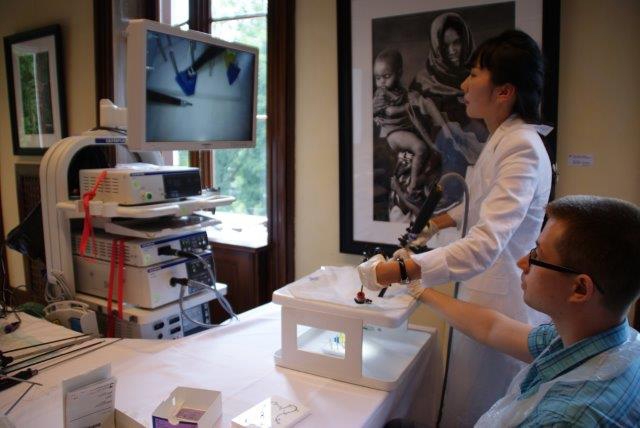 Convinced of the impact such a program could have in building a critical mass of doctors trained in the Western tradition, Dr. Aulitzky and Dr. Scheidt, with the support of the Weill Cornell administration, sought to expand the program. They received a grant from Open Society Foundations, an organization founded by philanthropist George Soros to help countries make the transition from communism, with matching funds from the Austrian Federal Ministry for Education, Science and Culture and support from the American Austrian Foundation, a nonprofit, non-governmental organization dedicated to enhancing the relationship between the United States and Austria through exchanges in medicine, science, communications and the arts.

Weill Cornell faculty volunteered to donate their time and expertise by flying to Salzburg to teach in various medical specialties and subspecialties. In the 20 years since, the series has grown from that single week to 38 weeks, with Weill Cornell faculty training 15,000 physicians from more than 100 countries in Eastern and Central Europe, Africa, Asia and Latin America. With fellows being required to share their new knowledge with their colleagues in their home countries, the American Austrian Foundation estimates that the seminars have reached a minimum of 75,000 physicians.

Weill Cornell's Dr. Zev Rosenwaks has noticed the difference. Involved in the seminars since the very beginning, Dr. Rosenwaks taught reproductive medicine as part of Weill Cornell's Department of Obstetrics and Gynecology seminar until the last decade, when the subspecialty became its own course. 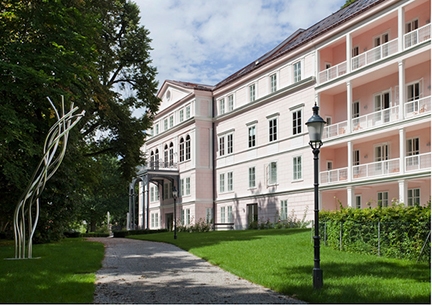 "Their equipment and technology, I think, were quite behind in my view," he added. "But that's much less so now, in large part because we exposed the fellows — leading candidates from their own countries and the most talented - to new medical technology and expertise. I think we probably helped them advance their medical specialties faster than they would have otherwise."

Dr. Bella Grigoryan, a neurologist and clinical neurophysiologist from Armenia, stumbled across an advertisement for the Salzburg Weill Cornell Seminars in her local paper in 1999.

"I live in a small and poor country which lacks new medical information and medical literature," she said, "and I wanted to get more knowledge in my specialty."

She attended a seminar in neurology taught by Weill Cornell faculty that same year, followed by an Open Medical Institute clinical observership in neuroinjury rehabilitation and neuromuscular disorders in a hospital in Vienna. She was so inspired and empowered by these experiences that she and other Salzburg fellows chose to establish a seminar series and observership program in Armenia.

Working with the Fund for Armenian Relief Fellowship Alumni Association, a nonprofit dedicated to improving health care in Armenia by providing physicians a forum for the exchange of medical knowledge from around the world, Dr. Grigoryan organized more than 35 seminars in Yerevan, Vanadzor and Stepanakret since 2003, using Open Medical Institute fellows as teachers and mentors. Two years later, the association began offering a continuing medical education program for Armenian doctors modeled after the Salzburg seminars. These doctors are invited to Yerevan for one month, where they are mentored by volunteer Salzburg fellows and taught new clinical and computer skills, as well as English. Some 300 doctors have been trained to date and seven of them were qualified to attend the seminars in Salzburg as a result of this training.

"This is a chance for me to change the lives of fellow doctors in my country and improve their professional lives and better help patients," Dr. Grigoryan said. "This is my contribution to my country's health care system."