Sand Storm: Does a Toxin Found in the Arabian Desert Raise the Risk of Neurodegenerative Diseases Like ALS? 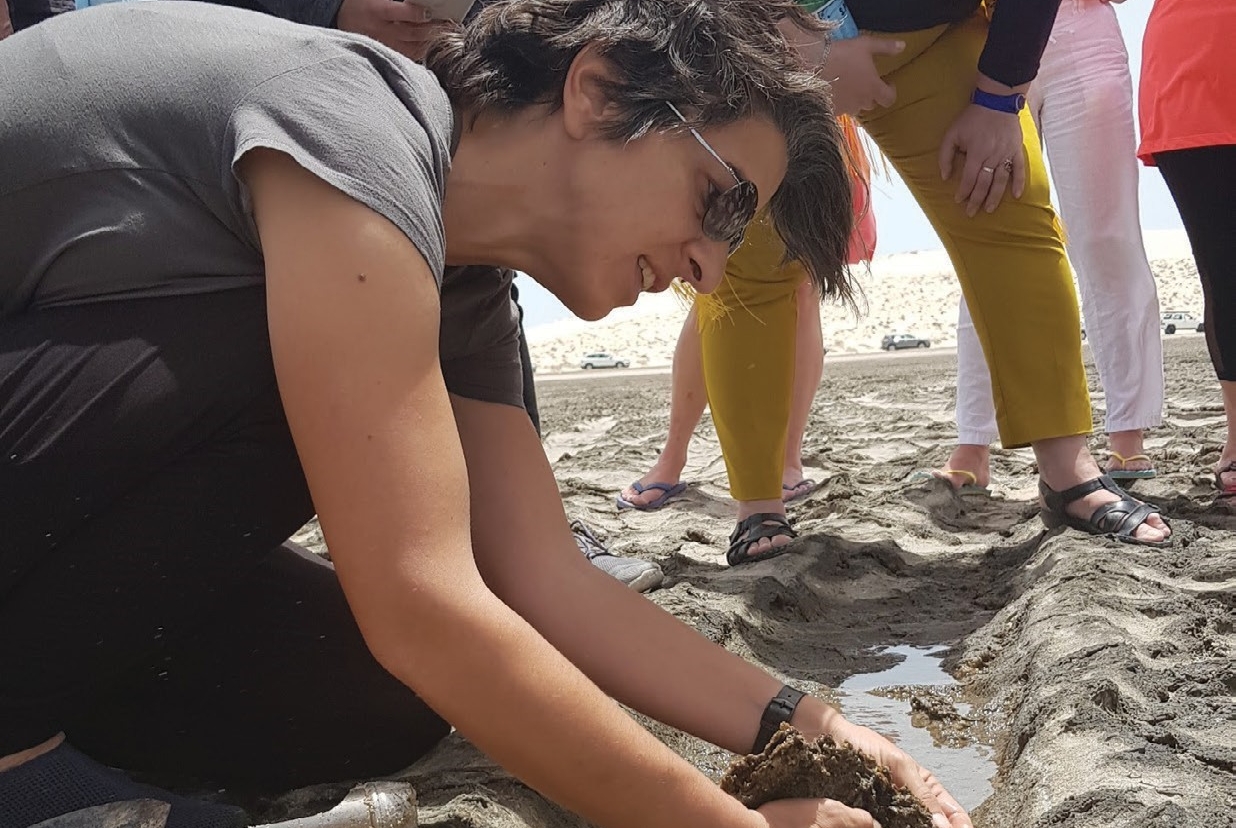 Ten years after the first Gulf War ended, a disturbing medical pattern began to emerge. Military personnel who’d been deployed to the Middle East were being diagnosed with amyotrophic lateral sclerosis (ALS)—commonly known as Lou Gehrig’s disease—at about three times the rate of those from a similar demographic who hadn’t been deployed. A devastating disease for which there is no cure, ALS causes nerve cells to break down, reducing muscle function until patients eventually lose the ability to move, speak, swallow and even breathe.

In recent years, an international group of researchers has developed an intriguing theory for what’s behind the spike in ALS cases among soldiers: a neurotoxin they may have encountered on deployment. “The hypothesis is that military vehicles driving in the desert were disturbing biocrusts where the neurotoxin accumulates, releasing it into the air,” explains ecologist Dr. Aspassia Chatziefthimiou, “and personnel walking behind the vehicles were inhaling it.” A visiting research scientist at Weill Cornell Medicine–Qatar, Dr. Chatziefthimiou is studying the neurotoxin, called beta-Methylamino-L-alanine (BMAA), and why it is produced. From her home base in Doha, she travels around the country collecting samples of the microorganisms that produce BMAA and bringing them back to her lab, with the aim of learning how the organisms interact with their environment. 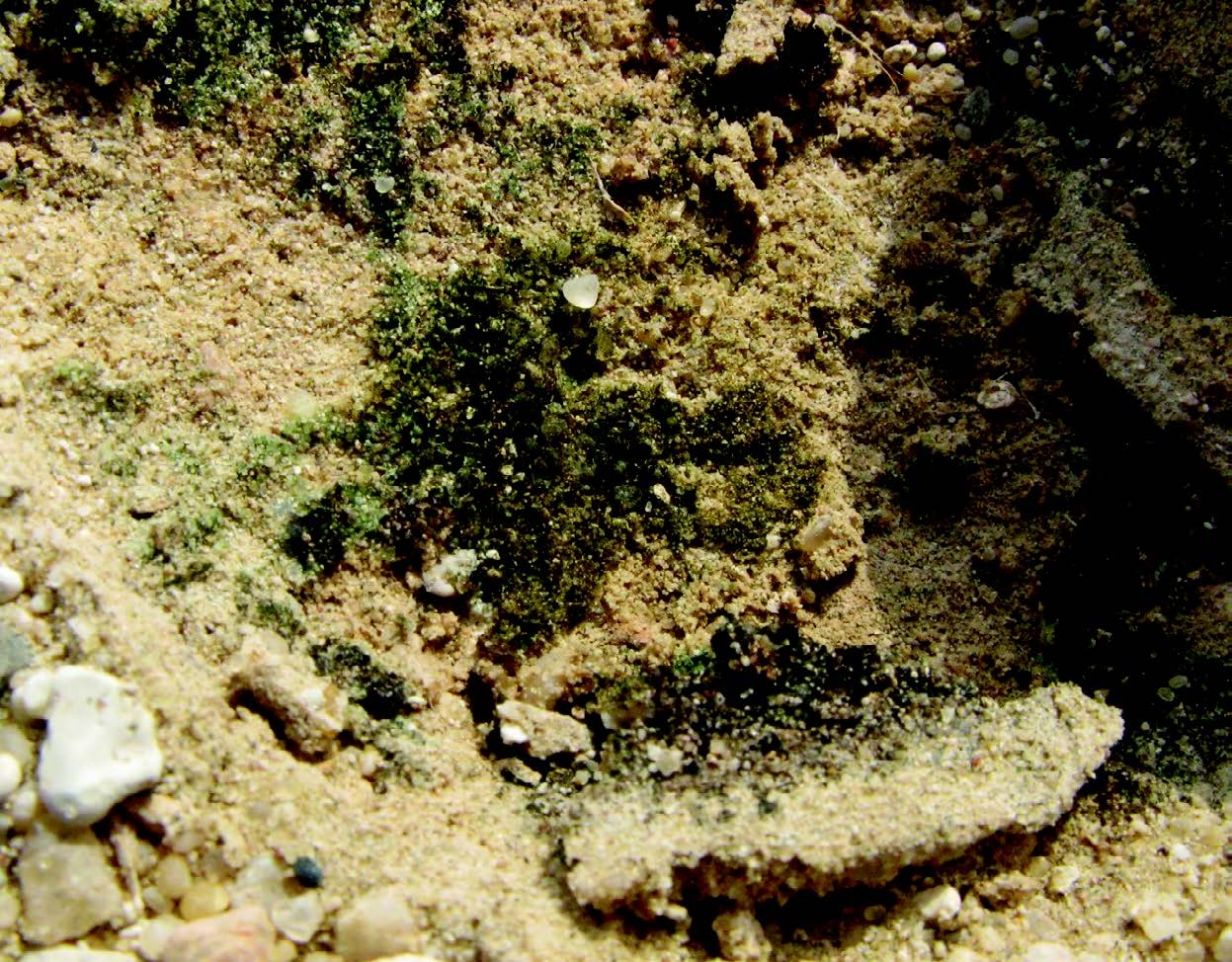 A sample of cyanobacteria

Dr. Chatziefthimiou’s work is one facet of investigations by a global consortium of scientists that has been researching the neurotoxin and its possible link to neurodegenerative diseases—such as ALS, Alzheimer’s and Parkinson’s—since the early aughts. Led by ethnobotanist Dr. Paul Alan Cox, of the Brain Chemistry Labs (a nonprofit research institute in Jackson Hole, Wyoming), the team of neurologists, molecular biologists, marine biologists, ecologists and others have been making headlines for a series of potentially groundbreaking discoveries, even landing on the cover of Fortune in January 2019. Brain Chemistry Labs scientists have shown that vervet monkeys fed on a BMAA-rich diet developed hallmarks of neurodegenerative diseases. Researchers in Sweden found that rodents given large doses of BMAA developed neurological patterns similar to those of humans with Alzheimer’s. A team at Dartmouth found that there were an unusually high number of ALS cases near bodies of water polluted with BMAA. After studying a population in Japan that has very few instances of neurodegenerative disease, Brain Chemistry Labs researchers found evidence that the amino acid L-serine— naturally found in many staples of the Japanese diet, such as sweet potatoes—may act as a sort of BMAA blocker, combatting and even reversing some of the toxin’s effects.

Still, this public attention has been accompanied by some skepticism in the scientific community. A 2017 report from the EPA (the federal agency charged with protecting public health from environmental toxins), which heavily cited the consortium’s findings, concluded that “the hypothesis of a causal BMAA neurodegenerative disease relationship is not supported by existing data.” But Dr. Chatziefthimiou and her colleagues—while acknowledging that not everyone exposed to BMAA is vulnerable to these diseases—remain confident that a link exists. As a direct result of the consortium’s work, two FDA-approved, phase 2 clinical trials on L-serine’s potential for slowing disease progress—one in ALS, the other in Alzheimer’s—are currently under way at Dartmouth. The microorganisms that produce BMAA, called cyanobacteria (commonly known as blue-green algae), are typically associated with aquatic environments such as lakes and ponds. But in 2012, consortium researchers discovered that cyanobacterial crusts may actually occupy more than 87 percent of the surface area in certain parts of Qatar. In the Arabian Desert—the vast region spanning from the Red Sea to the Persian Gulf—the conditions are so extreme that few other competing life forms can survive, paving the way for cyanobacteria to proliferate. “We think of the desert as dry, brown and dusty,” Dr. Cox observed in Toxic Puzzle, an award- winning 2017 documentary on the consortium’s work, narrated by Harrison Ford. “Actually, this desert is one gigantic, green cyanobacteria mat, given the right conditions.” (When asked whether the local population demonstrates elevated levels of neurodegenerative disease, Dr. Chatziefthimiou says that although the percentage of affected individuals has not yet been determined, one hypothesis holds that natives to the region may have evolved a natural resistance to BMAA that isn’t yet understood.)

Thanks to grants from the Qatar Foundation and the Qatar National Research Fund, Dr. Chatziefthimiou and her Weill Cornell Medicine–Qatar team joined the consortium with four goals: to find where cyanobacterial crusts exist in the desert; to understand how they grow and produce toxins during different seasons of the year; to learn how physical disturbances, such as being moved or crushed, affect the organisms; and to discover how these toxins are transmitted to humans. Their findings have already been published in a number of scientific journals. “Dr. Chatziefthimiou is an extraordinarily gifted microbial ecologist,” Dr. Cox says. “Her insights have been key in unraveling the importance of—and occasional peril posed by—cyanobacteria in deserts across the world.”

Though Dr. Chatziefthimiou’s work is ongoing, she has concluded that these organisms behave very differently depending on climate; for example, temperature, humidity and light intensity all affect how and when the cyanobacteria release BMAA. “We are trying to understand the reason they produce this toxin,” she says. “The microbes have no concept of humanity; they are producing BMAA because it does something in their world. They use this neurotoxin for communication, possibly regarding changes in their environment—like a text message or a distress call—and that’s what we’re trying to figure out.” To protect against the neurotoxin’s potentially harmful effects, she and her team take precautions including wearing masks when crushing and collecting cyanobacterial crusts in the field, using a chemical flow hood in the lab, and taking daily doses of L-serine.

To gather her samples in the desert, Dr. Chatziefthimiou has to cope with a few unique challenges. First there’s the extreme heat, which can top 120 degrees Fahrenheit with 80 percent humidity. As she notes, many scientists who do fieldwork in Qatar avoid the summer, a luxury she can’t afford since her research involves studying the organisms in every season. (Retreating to air-conditioned cars for breaks helps, she says.) And then there’s driving over sand dunes to reach her desert field sites. “I’ve gotten stuck a few times,” she says with a laugh. “Luckily, I could always just put it in reverse and roll back down the dune and try again—and a rescue car is always a phone call away.”