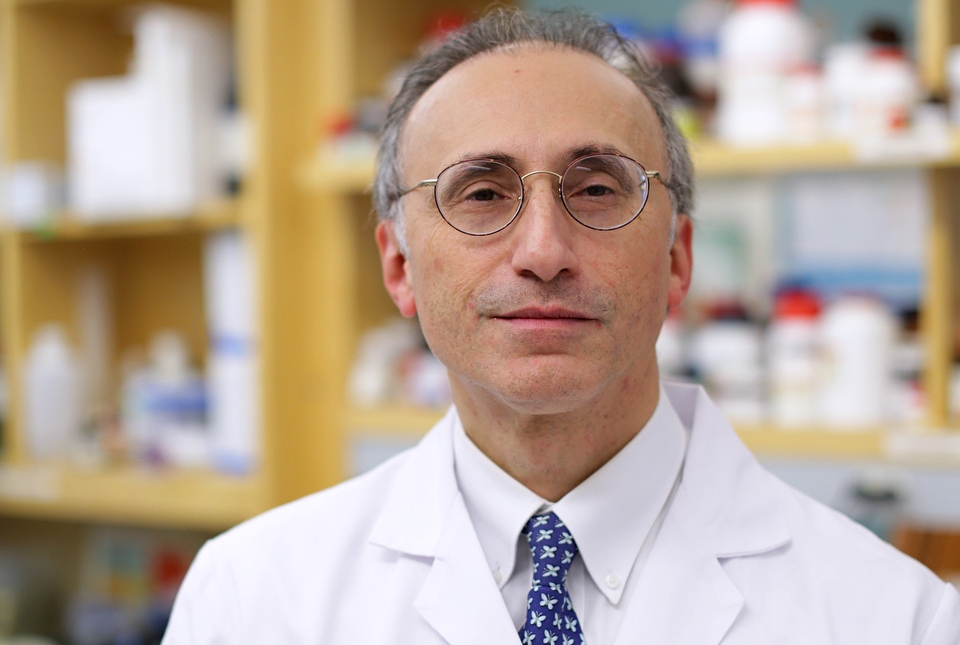 Molecules that coordinate the development of highly specialized blood vessels in the kidney have been identified by investigators at Weill Cornell Medicine, University of Texas Southwestern Medical Center and Hofstra University. The findings pave the way toward new strategies for repairing damaged organs.

Dr. Shahin Rafii, director of Ansary Stem Cell Institute at Weill Cornell Medicine, and his colleagues performed a comprehensive analysis of the genetic programs that underlie the development of various types of blood vessels required for normal kidney function. The study, published on Dec. 13 in Nature Communications, showed that the cells of blood vessels play a critical role in shaping the growth of other types of cells in the kidney. The study builds on an evolving view that the cells that line blood vessels, called endothelial cells, are the critical architects of tissue and organ development.

Dr. Rafii's team studies molecules produced by endothelial cells that cause changes in the surrounding tissue. Now, by turning their attention to the kidneys, they hope to tackle an important and immense clinical need. Kidney failure is a common problem worldwide and the number of people with end stage kidney disease—total and permanent kidney failure treated with a kidney transplant or dialysis—continues to rise. While kidney transplantation is lifesaving, there aren’t enough available kidneys. Each day, 13 Americans die while waiting for a kidney transplant. “Therefore, strategies to promote kidney repair in order to prevent patients from developing total and permanent kidney failure are urgently needed,” said co-author Dr. Thangamani Muthukumar, an associate professor of medicine in the Division of Nephrology, Hypertension and Transplantation Medicine at Weill Cornell Medicine and a nephrologist at NewYork-Presbyterian/Weill Cornell Medical Center.

Kidneys are complex organs and are difficult to recreate through tissue engineering. “Given the convolution of the three-dimensional structure and the hierarchy of blood vessels in the kidney, new approaches to engineer kidney vasculature, especially the glomerular capillaries, need to be conceived,” said co-author Dr. Sina Y. Rabbany, dean of the School of Engineering and Applied Science and director of the Bioengineering Program at Hofstra University, and an adjunct associate professor of bioengineering in medicine at Weill Cornell Medicine.

The functional unit of a kidney is a unique microscopic bundle of capillaries called the glomerulus, which perform blood ultrafiltration. Each kidney is composed of about a million glomeruli, each built from multiple types of cells. Specialized blood vessels serve different parts of the glomerulus. While scientists can now stimulate stem cells grown in the laboratory to form many different tissues, the signals to turn them into the components of a functional glomerulus remains elusive. Following a hunch that blood vessel endothelial cells could be the source of such signals, Dr. Rafii and his colleagues began hunting for molecules uniquely produced by the specialized glomerular endothelial cells during development.

Because blood vessels make up only a tiny fraction of the kidney by weight, Dr. Rafii and his colleagues used kidneys from several mouse embryos to obtain enough cells to analyze. They sequenced the messenger RNA from these cells at different times in the animals' embryonic and neonatal development. Such an approach revealed which genes were turned on at those specific times. Using sophisticated computer algorithms, they pinpointed a handful of unique genes that were turned on by the blood vessel endothelial cells as the kidneys developed.

“Results from this study revealed a precise orchestration of genes turning on and off in the blood vessels. These genes code for proteins that guide developmental changes in the blood vessels and the tissues surrounding them. Exposing unspecialized endothelial cells to one of these proteins, called Tbx3, made the cells acquire the attributes of glomerulus-like endothelial cells,” said first author Dr. David Barry, a postdoctoral fellow in Dr. Rafii’s lab.

The paper raises a slew of additional questions about the heterogeneity of blood vessel development and specialization, not just in the kidneys but also in other organs. However, the team’s immediate focus is on more practical applications. Because Tbx3 is capable of driving one of the most critical developmental steps on its own, the researchers hope to use it to generate functional glomerular endothelial tissue that they can transplant to repair damaged kidneys. While such an approach is still at the preclinical stage, the researchers are very optimistic. "These new findings could set the stage to repair, regenerate and reconstruct human kidneys," said Dr. Rafii.

Dr. Shahin Rafii is a cofounder and unpaid consultant for Angiocrine Bioscience.