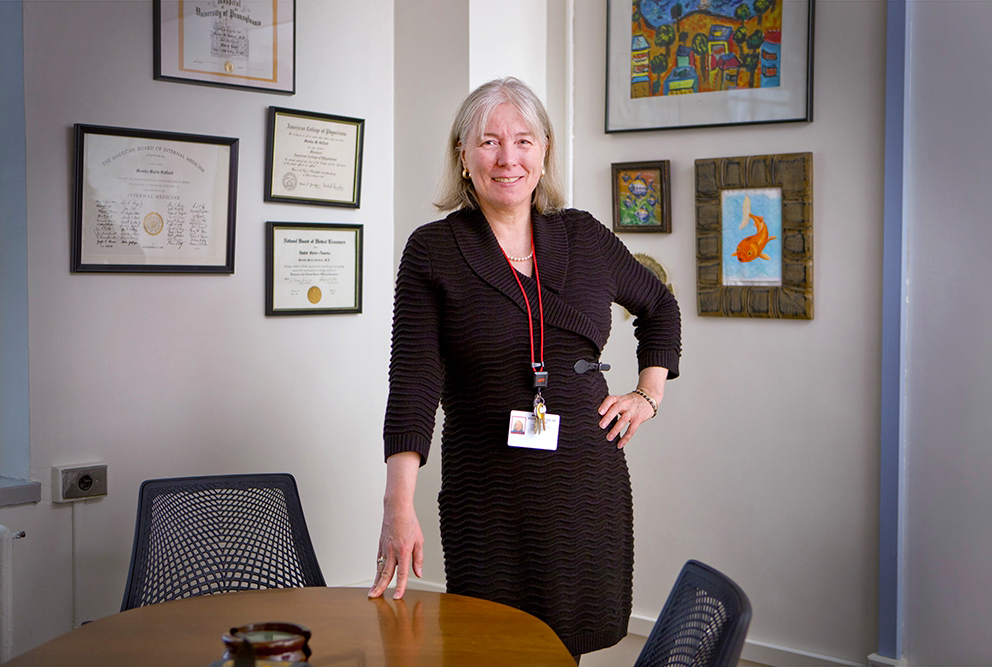 An inexpensive program using trained community members to deliver a structured program based on cognitive behavioral therapy by telephone was able to improve daily functioning, self-reported physical activity, and overall quality of life among diabetic patients with chronic pain, according to a clinical trial led by investigators at Weill Cornell Medicine, the University of Wisconsin-Madison and the University of Alabama at Birmingham.

The study, reported Jan. 13 in Annals of Family Medicine, engaged 195 participants in southern Alabama communities that have high rates of obesity, diabetes and poverty, and are under-served by clinics and hospitals. Almost all of the participants were African Americans, 80 percent were women, 87 percent were obese and, at the study outset, nearly two-thirds reported being unable to walk without pain.

About half of the participants received a 90-day cognitive-behavioral therapy (CBT) intervention, which is meant to help people change the way they think about challenging situations by modifying negative or irrational thoughts that impede a solution. The CBT intervention consisted of eight telephone sessions in which a trained “peer coach” from these communities delivered a structured program that included sessions on healthier eating, the importance of physical activity, better stress management, the need to communicate with healthcare providers, and how to get social support. The rest of the participants—the control group—received eight telephone sessions with more general health advice covering topics unrelated to diabetes and pain. Both groups were given DVDs and DVD players that contained content relevant to their phone sessions.

After 90 days the CBT group scored significantly better than the control group on standard measures of daily functioning, pain reduction, and quality of life. Intervention group participants also were more likely to report that they were doing other types of exercise when pain prevented them from walking.

“This community-partnered randomized trial shows that community members can be trained to deliver an effective CBT-type intervention to diabetes patients with pain—an especially promising result given that it was done in a low-resource area where health professionals are scarce,” said senior author Dr. Monika Safford, the John J. Kuiper Professor of Medicine and chief of the Division of General Internal Medicine at Weill Cornell Medicine and NewYork-Presbyterian/Weill Cornell Medical Center. “It is especially noteworthy because the intervention reduced pain without medications, offering a solution that avoids opioids, which have caused substantial suffering in the U.S. in recent years.”