A Keen Eye: In an IVF Breakthrough, AI Helps Identify the Embryos Most Likely to Lead to Successful Pregnancies 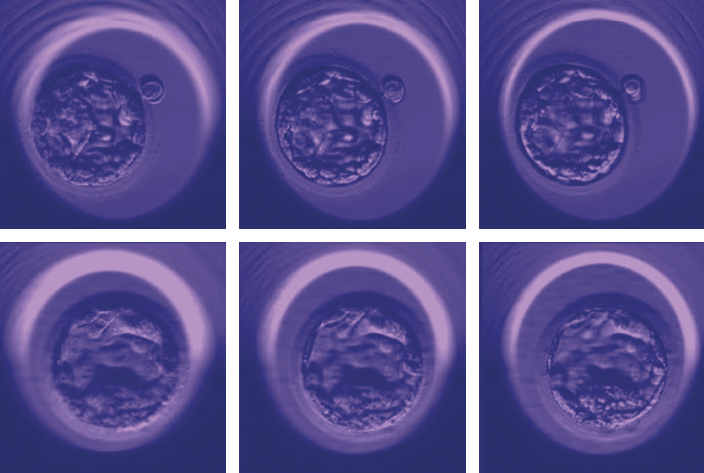 Since its development in the 70s, in vitro fertilization (IVF) has been a boon for the estimated eight percent of couples who struggle with fertility, helping millions become parents. But each round of IVF is both expensive and emotionally fraught, and the procedure’s ultimate success remains far from assured. That’s partly due to the complex array of factors involved, including the prospective parents’ ages, their health and whether the woman has given birth before. Most of all, though, what matters is the quality of the embryos selected for implantation—but determining which are most likely to result in a healthy pregnancy has long been as much art as science. “Embryologists have different experience and systems of categorizing embryos,” says Dr. Zev Rosenwaks, director and physician-in-chief of the Ronald O. Perelman and Claudia Cohen Center for Reproductive Medicine at Weill Cornell Medicine, where he is also the Revlon Distinguished Professor of Reproductive Medicine in Obstetrics and Gynecology. “There is an element of subjectivity that is almost unavoidable.”

Collaborative research by the Perelman-Cohen Center for Reproductive Medicine and Weill Cornell Medicine’s Caryl and Israel Englander Institute for Precision Medicine, however, has found that artificial intelligence (AI) can evaluate embryo morphology more accurately than the human eye. It’s an advance that has the potential to help reduce the number of embryos that are transferred, lower the risk of multiple pregnancies (which come with myriad risks to mother and fetuses), and lessen the time it takes for patients to become pregnant. “It’s one of the most important challenges in IVF: how can we select the single best embryo so we can maximize success rates and lower obstetrical risks?” says Dr. Rosenwaks, a co-senior author of a study on the artificial intelligence technique that was published in NPJ Digital Medicine in April. “AI will allow us to do this in a way that is more objective and reliable.”

Currently, most fertility clinics select embryos with essentially the same method they’ve been using for more than 40 years. As Dr. Nikica Zaninovic, director of the embryology lab at the Perelman-Cohen Center for Reproductive Medicine and another co-senior author on the paper, explains, at many IVF clinics worldwide it simply involves taking a petri dish out of its incubator and looking at the days-old embryos under a microscope to assess cell multiplication and form. At Weill Cornell Medicine—home to the largest academic IVF center in the United States—the process is state of the art: incubation takes place beneath cameras that create a time-lapse record of development, allowing embryologists to take more factors into consideration. But embryo selection remains dependent on the embryologists’ experience and judgment—and, it seemed to Dr. Zaninovic, it was ripe for an update. “Artificial intelligence was a normal, logical next step,” says Dr. Zaninovic, an associate professor of embryology in clinical obstetrics and gynecology and in clinical reproductive medicine. “My idea was to automate the process and make it more objective. Could we optimize the system of embryo evaluation by training a computer to recognize a good-looking embryo?”

Dr. Zaninovic then teamed up with Englander Institute computational biologists Dr. Olivier Elemento and Dr. Iman Hajirasouliha. They began with a deep neural network—a class of AI algorithms modeled after the neurons in a biological brain—that had been trained to process images, mimicking the way humans find and recognize shapes, lines and textures. To further educate the AI—a process called “deep learning”—the researchers showed it 12,000 photos of human embryos taken 110 hours after fertilization (known as the blastocyst stage, this is the point at which embryos have about 200 to 300 cells). The program was also told that each embryo was “good” or “poor,” based on embryologists’ opinions and known pregnancy outcome. After reviewing the images, the AI—now dubbed “Stork”—was given new embryos to rate. While the researchers aren’t sure what criteria the AI used to judge the images, it graded them with an astounding 97 percent accuracy based on the majority opinion of a panel of embryologists, suggesting to the researchers that the AI had a better chance of getting it right than any individual human doctor. “We’re working to find out what the AI is looking for—but whatever it is, it correlates with a quality embryo and could be validated,” says Dr. Hajirasouliha, an assistant professor of physiology and biophysics and another co-senior author on the paper. “We also hope to develop an AI model that, instead of looking at a few time-lapse images, will look at hundreds of frames that show an embryo’s development over time.”

As Dr. Hajirasouliha notes, the work is part of a larger revolution in the use of artificial intelligence for medical imaging. Physicians and scientists at the Englander Institute are also studying how AI can be used to analyze MRIs to detect prostate cancer, to find polyps via laryngoscopic videos, and to identify sub-types of cancer based on microscopy images of tissue sections, among other projects. “Today we have computers that are more powerful than any we’ve ever had,” says Dr. Elemento, director of the Englander Institute and a professor of physiology and biophysics and of computational genomics in computational biomedicine. “Assuming that you have enough data, you can train these neural networks to be as good as—if not better than—humans at performing these sorts of tasks.”

Meanwhile, the Stork project—led by Dr. Pegah Khosravi, a postdoctoral researcher in Dr. Hajirasouliha’s lab—has the potential to revolutionize fertility treatment for the many couples whose hopes for a child depend on IVF. Dr. Rosenwaks is investigating how computers are using AI to help evaluate other factors that could affect a patient’s chances of successful pregnancy, such as the number of eggs in a woman’s ovaries and the condition of her endometrial lining. “Artificial intelligence,” he says, “will allow us to treat patients in a much more objective, precise and personalized way.”

Dr. Elemento is the co-founder and equity stakeholder of OneThree Biotech, an artificial intelligence-driven drug discovery and development company.