Blame the Messenger? : Faulty Building Instructions for Brain Cells May Give Rise to Neurological and Psychiatric Conditions

Dr. Hagen Tilgner is Exploring How Faulty Building Instructions for Brain Cells May Give Rise to Depression, Schizophrenia, Alzheimer’s Disease and More 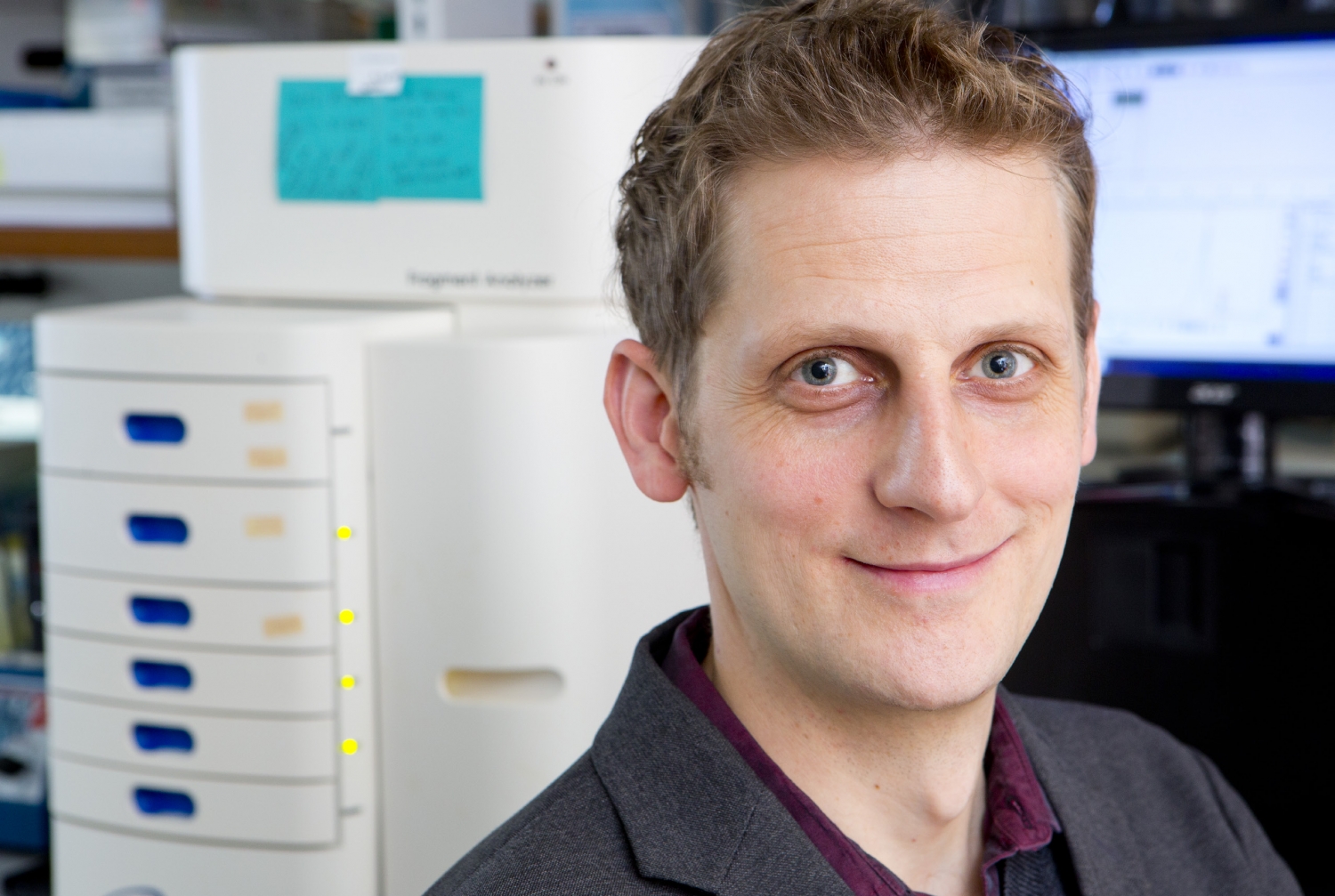 By now there’s no question that genetics contributes to many brain diseases, including Alzheimer’s, autism and depression. But exactly how genetic malfunctions translate into disorders remains unclear, rendering cures elusive. Dr. Hagen Tilgner, an assistant professor of neuroscience in the Center for Neurogenetics of Weill Cornell Medicine’s Feil Family Brain and Mind Research Institute (BMRI), is working to shed light on the genetic roots of brain diseases. His lab does so by decoding the secret communications that occur inside our genes — as Dr. Tilgner puts it, “listening to what genes are saying.” The research could pave the way to highly targeted — and effective — treatments for conditions affecting the brain, and potentially other parts of the body as well.

Dr. Tilgner’s work builds upon a fundamental quandary in biology: almost all our cells have the same DNA, yet our bodies are made of different cell types. One important player in this diversity, Dr. Tilgner says, is a process called gene expression. The vast majority of cells indeed contain the same genes, but inside each individual cell some genes are awake, while others stay asleep. When genes are awake (or in scientific terms, “expressed”), they can facilitate the production of proteins — hard-working molecules that may transport oxygen, fight infections, or serve as building blocks of various tissues. Slumbering genes, on the other hand, cannot participate in protein generation. By waking up some sets of genes and keeping others asleep, developing cells eventually differentiate into skin, muscle or brain tissue.

Scientists have long associated abnormalities in gene expression with disease, but now they’re finding that there’s more to the story. When a gene is awake, a cell copies its material into RNA molecules, which then become messengers that carry and relay protein-building instructions — called isoforms — to the cell’s internal constructors. A growing body of research is suggesting that faulty isoforms cause glitches in these communications, giving rise to diseases from cancer to diabetes. When such glitches occur in brain cells, researchers now theorize, it can contribute to such conditions as Alzheimer’s and autism, and possibly depression and schizophrenia as well. “If we could target the isoforms at the root of the problem,” Dr. Tilgner says, “then perhaps we could treat the disease.”

Dr. Tilgner’s aspirations are bolstered by recent advances in the field of gene therapy. By tinkering with a specific isoform in motor neurons (brain cells essential to movement), he notes, scientists at Cold Spring Harbor Laboratory were able to find a novel treatment for spinal muscular atrophy, a debilitating genetic disorder that causes sufferers to become wheelchair-bound; although not a cure, the discovery not only enabled patients to walk but also extended their lifespans. Dr. Tilgner is now learning more about isoforms in other types of brain cells — ones that may play a role in disorders such as Alzheimer’s disease and depression — a step that could be key to treating such conditions. As BMRI director Dr. Costantino Iadecola, the Anne Parrish Titzell Professor of Neurology, observes: “You need to know how the engine works before you try to fix it.”

Dr. Tilgner and his team have developed a technique that lets them “eavesdrop” on isoforms in the brain, where at least a third of the 20,000 total genes in the body are expressed. These particular genes bear a tremendous amount of responsibility. Some facilitate the production of proteins that give rise to the insides of brain cells and to the tissues that connect them, while others make proteins that yield the chemicals that allow neurons to “talk” to one another. It is therefore no wonder that these genes can make or break the brain’s development and function — ultimately directing our thoughts, emotions, behaviors and physical movements. Adding to the pressure is the fact that, unlike their cousins that inhabit the skin or gut, brain cells cannot be replaced. This means that any glitches in protein generation caused by unruly isoforms in brain cells’ genes can have particularly dramatic — and currently irreversible — consequences that manifest themselves through debilitating disease.

In a study published in Nature Biotechnology in October 2018, Dr. Tilgner and his team zeroed in on the genetic intricacies of brain cells in mice by recording their isoforms. Their technique involved trapping different types of brain cells — such as neurons and glia — in minute droplets of liquid, then tagging intercellular messengers with mini “barcodes” that identified the cells that the messengers came from, allowing the investigators to “listen” to the isoforms produced in each of thousands of single cells. By grouping individual cells according to similarity in gene expression, they showed that the technique could be used to study isoforms in tens of types of brain cells simultaneously — an important finding, because neurodegenerative and psychiatric disorders may affect various brain cell types in different ways. The scientists are now planning to use the same method to compare isoforms in animal brain cells affected by diseases such as Alzheimer’s with those produced in healthy cells.

In the long run, Dr. Tilgner would like to apply his research to devising more precise treatments for diseases — both those affecting the brain and other organs — that are driven by faulty isoforms. The key, he says, is to figure out exactly in which cell types disease-causing isoforms act, and to target them precisely there. “We don’t want to hit all the cells,” Dr. Tilgner says. “We just want to hit the ones where it matters, and not cause collateral damage.”