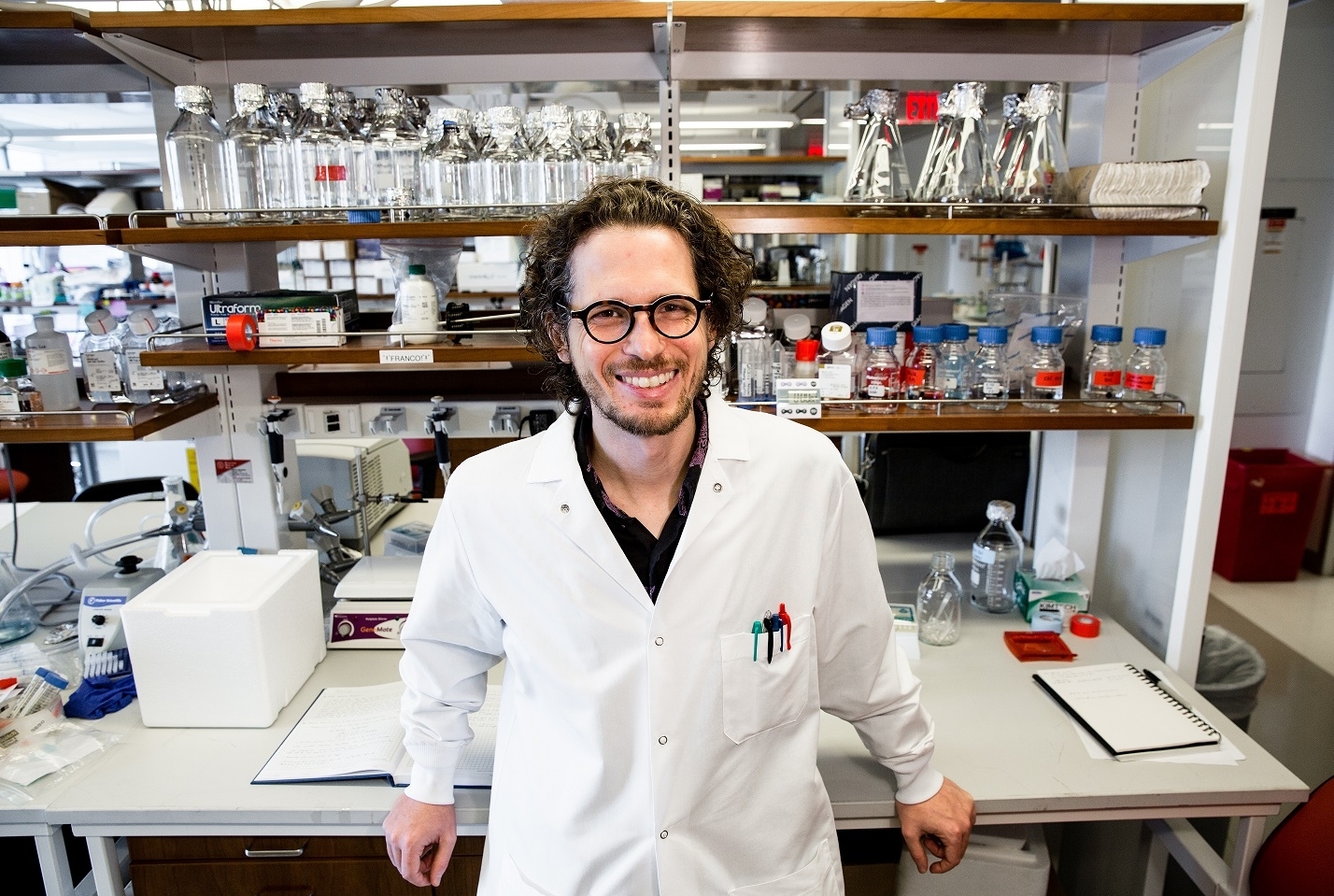 A new technology devised by scientists at Weill Cornell Medicine and the New York Genome Center (NYGC) enables the measurement of gene mutations and their effects on gene activity within individual cancer cells biopsied from patients.

The advance, reported July 3 in Nature, allows researchers to study, in unprecedented detail, the complex dynamics of cancerous cell populations during the course of disease and in response to therapies. That could lead to more effective new anticancer therapies and the more effective use of existing therapies.

“This tool allows us to get multiple dimensions of information from single cells, for tens of thousands of cells at a time—and that in turn should allow us to address some central questions about how cancers develop,” said corresponding author Dr. Dan Landau, an assistant professor of medicine and a member of the Sandra and Edward Meyer Cancer Center at Weill Cornell Medicine, a core member of the NYGC, and an oncologist at NewYork-Presbyterian/Weill Cornell Medical Center.

The feat by Dr. Landau and his team is part of a broader effort by scientists to obtain more detail on cancer cell populations, which even in an individual patient are diverse—do not all act the same way—and also change in the course of disease and in response to treatments. A recently developed technique called single-cell RNA sequencing allows scientists to separate a sample of cancerous cells into individual cells and measure, for each cell, which genes in the cell are being actively transcribed, for example to make proteins. That pattern of “gene expression” in a cancerous cell usually reveals the signaling networks that have been corrupted and are driving the cancerous growth. Ideally, scientists would like to know also what cancer-relevant gene mutations are present in a cell, since those mutations typically account for the abnormal gene expression. For technical reasons, however, that “genotype” data can’t be derived from standard readouts of gene expression. 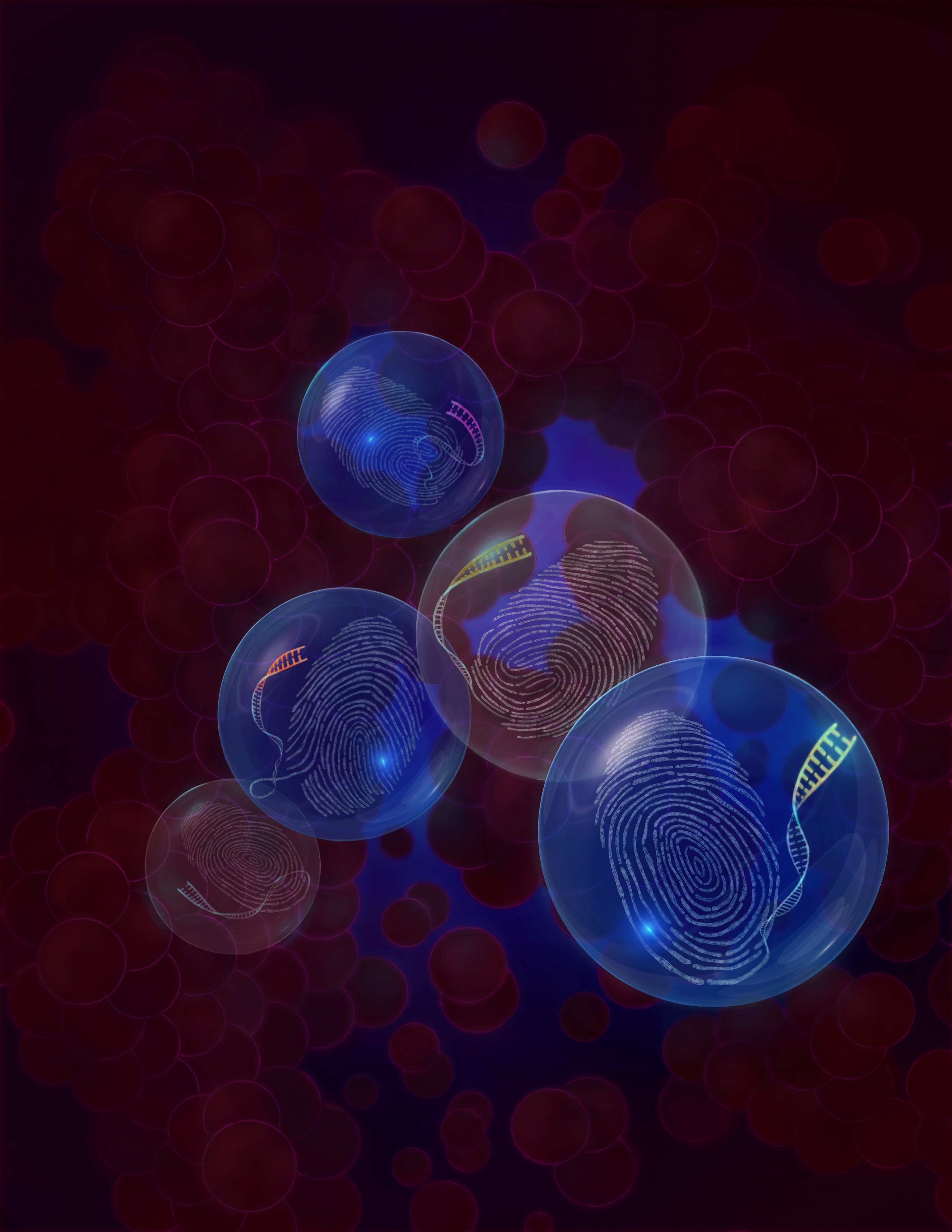 The article describes the development of a novel technology – Genotyping of Transcriptomes (or GoT) – which enables to study the impact of somatic mutations (indicated by blue glow) in primary human cells, in the context of their native cell identity (“fingerprints"). GoT links single-cell somatic genotyping with droplet-based single-cell RNA-seq in thousands of cells by unique barcodes (indicated by different colors on the tips of the finger print DNA). Notably, the fingerprints represented in the illustration are the actual fingerprints of the three first co-authors of the manuscript.

Dr. Landau and colleagues, in their new study, modified the single-cell RNA sequencing approach so that it would make extra copies of the RNA gene transcripts from genes affected by cancer mutations, and divert these for the sequencing needed to identify mutations. In this way, they could obtain both gene-expression and mutation genotype data for individual cells, and could do all this in a high throughput manner enabling the analysis of many cells at once directly from patient samples.

They demonstrated the power of their technique, which they call Genotyping of Transcriptomes (GoT), by applying it to samples drawn from patients with myeloproliferative neoplasms. These cancers affect bone marrow cells and include the condition known as essential thrombocythaemia, in which marrow cells produce too many platelets, leading to excessive blood clotting and many potential complications including strokes.

The young marrow cells that have acquired a key cancer-driving mutation in these diseases usually are indistinguishable, by common cell identification techniques, from non-mutated marrow cells. But with GoT, Dr. Landau and his team rapidly identified the mutation-carrying cells.

Looking at the gene expression data, the scientists observed that these mutant young marrow cells were only subtly different from their genetically normal counterparts. But the mutant cells became more different in their gene expression, and replicated faster—more pathologically—as they matured towards becoming adult marrow cells such as platelet-making megakaryocytes. As they matured and their cellular “identity” shifted, these mutant marrow cells also became more numerous in the marrow cell population compared to their healthy counterparts.

“This is the first demonstration from patients’ cells that the growth and survival advantage conferred by a cancer-driving mutation changes according to the cell’s identity,” Dr. Landau said.

The analysis also demonstrated GoT’s potential to reveal cancers’ vulnerabilities to potential treatments. The gene expression data showed that for the more mature, more evidently cancerous cells, a signaling pathway called the JAK-STAT pathway was excessively active. Drugs that inhibit JAK-STAT signaling are already used against myeloproliferative neoplasms. But the data also showed that a signaling pathway called the unfolded protein response (UPR), known as a potential cancer-driver, was overactive in the less mature, more slowly dividing cells. “This suggests that by targeting the UPR, we might be able to eradicate this cancer at its root,” Dr. Landau said.

The scientists are now expanding their investigations with GoT to other types of cancer, and are using the new tool to study how cancerous cells respond to existing therapies.