Two Advances in Understanding Lymphomas May Lead to New Therapies 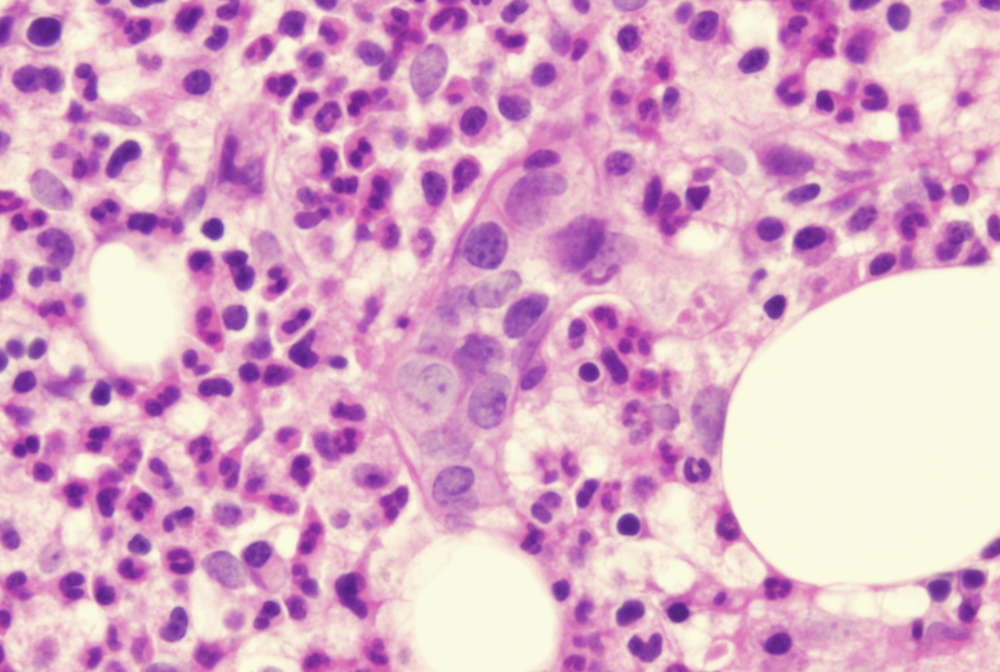 The studies, published Dec. 10 in Nature Immunology and Oct. 1 in Cancer Discovery, showed that one of the proteins, LSD1, plays a major role in starting and sustaining lymphomas, while the other, TET2, normally prevents lymphomas from developing. The discoveries point to the possibility of new lymphoma treatments that would block LSD1’s activity, or restore the protective effect of TET2 in tumors where it has been mutated.

“We are now investigating therapeutic approaches that take advantage of our findings,” said Dr. Ari Melnick, the Gebroe Family Professor of Hematology/Oncology and a professor of medicine at Weill Cornell Medicine and senior author of both studies. 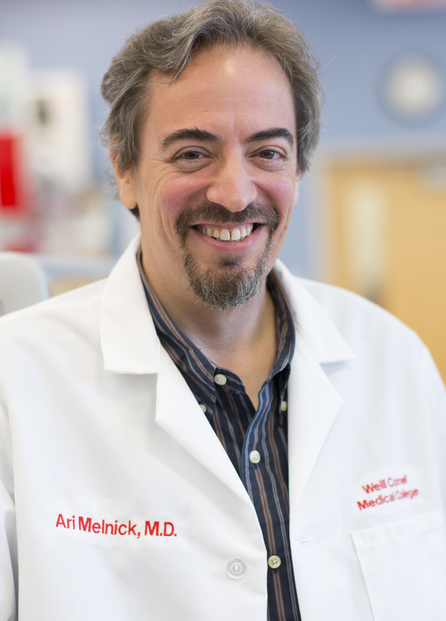 Each year about 80,000 Americans are diagnosed with lymphomas and about 20,000 die from them, according to the American Cancer Society. The five-year survival rate varies by the type of lymphoma, but averages about 75 percent—leaving much room for improvement in treatments.

Most lymphomas develop from immune cells called B cells, whose normal function is to produce infection-fighting antibody proteins. B-cell lymphomas are in turn most likely to arise during a special phase of the B cell life cycle, normally lasting just a few weeks, in which the cells form structures called germinal centers in the lymph nodes and spleen. B cells in germinal centers proliferate rapidly and deliberately destabilize their genomes to encourage small mutations to their antibody genes. This effectively enables the B cell population to adapt to an invading virus or other pathogen by making antibodies that grip the invader ever more tightly—a feat called affinity maturation. But the changes in B cells that put them into this state of fast growth and fast mutation also raise the risk that they will turn cancerous. Thus, germinal center B cells have long been a major focus of lymphoma research.

In the Nature Immunology paper, Dr. Melnick, who is also a member of the Sandra and Edward Meyer Cancer Center at Weill Cornell Medicine and a professor in the Pharmacology and Immunology and Microbial Pathogensis programs at the Weill Cornell Graduate School of Medical Sciences, and colleagues examined the function in germinal center B cells of LSD1, which works to remove small chemical marks called methyl groups from proteins called histones, which associate with the genome. Methyl groups and a few other related chemical marks serve as switches, or “epigenetic marks,” that turn genes on or off. When LSD1 proteins become numerous and active in a cell, they can remove many methyl groups across the genome, thus broadly reprogramming the activity of the cell. The scientists found that LSD1 is produced in B cells when they are activated by the immune system, and is required to encode the genetic programming that enables B cells to form germinal centers.

As the scientists also found, LSD1 induces its effects through close partnership with another protein, BCL6, which had already been linked to germinal centers. Excessive BCL6 activity had been linked to lymphomas too, but here again, the study revealed that BCL6 needs LSD1 as its partner. “In mice with lymphoma driven by BCL6 activity, removing LSD1 greatly slowed the tumor growth,” Dr. Melnick said.

Inspired by that result, he and his lab are now working on a therapeutic strategy to counteract this effect of LSD1 in B-cell lymphomas.

For the study reported in Cancer Discovery, Dr. Melnick collaborated with several other laboratories, including that of Dr. Olivier Barnard at INSERM, to examine not the beginning but the end of the germinal center phase of B cell development. The scientists found that TET2, another protein that alters epigenetic marks on DNA, is required to shut off the germinal center reaction in B cells and direct the cells into the next stage of their life cycle—where they are far less likely to turn cancerous.

TET2 is known to be mutated in many cases of B cell lymphoma, and this study clarified why: Germinal center B cells that lack working TET2 simply can’t exit from this relatively cancer-prone germinal center state.

The deleterious effects of TET2 loss In B cell lymphomas can be fixed using a recently developed class of drugs called HDAC3 inhibitors, Dr. Melnick said.

“In our experiments so far, lymphomas that arise from the lack of TET2 appear to be highly sensitive to HDAC3 inhibitors, and so we are hoping to start clinical trials of these drugs in some of our lymphoma patients in 2019,” he said.