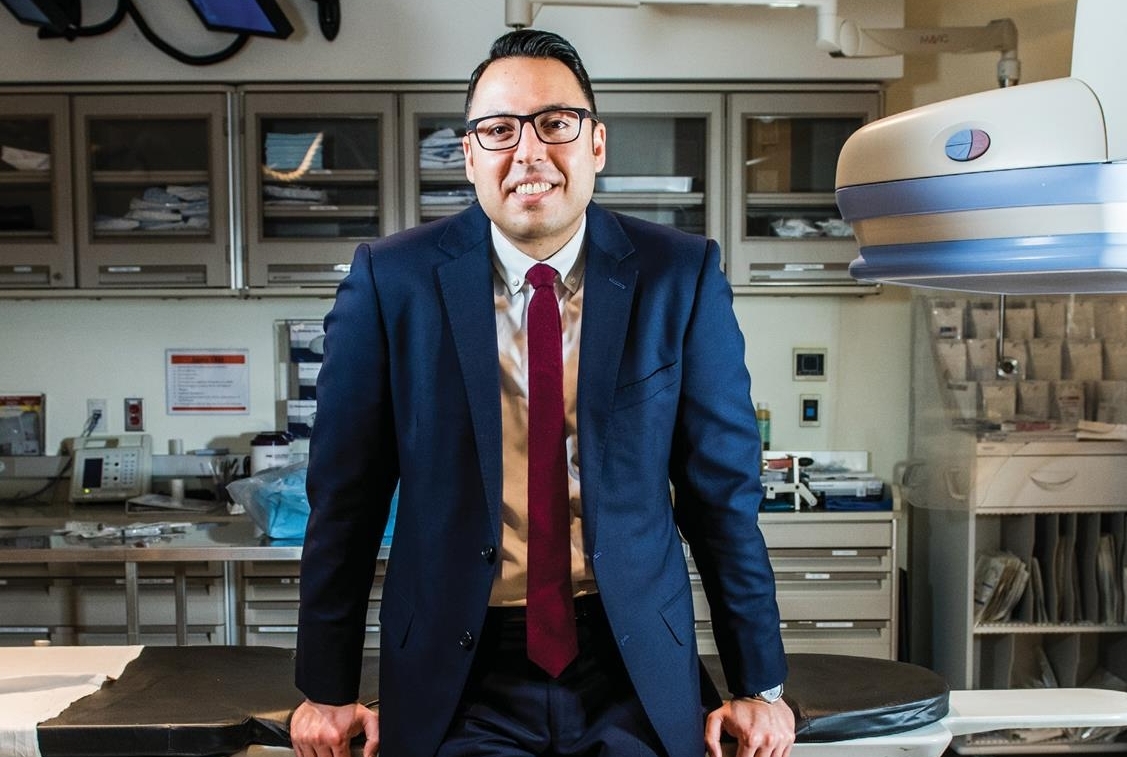 Older adults with cancer are nearly 70 percent more likely to suffer a stroke or heart attack in the year prior to their diagnosis compared with peers without a cancer diagnosis in that same time period, according to new research by Weill Cornell Medicine, NewYork-Presbyterian and Memorial Sloan Kettering Cancer Center investigators.

The paper, published Dec. 21 in the journal Blood, found that the increased risk of stroke or heart attack begins five months before cancer is officially diagnosed and peaks in the month prior to diagnosis. The data suggest that some of these cardiovascular events may be triggered by undetected cancer, said first author Dr. Babak Navi, associate professor of neurology in the Department of Neurology and of neuroscience in the Feil Family Brain and Mind Research Institute at Weill Cornell Medicine, and a neurologist at NewYork-Presbyterian/Weill Cornell Medical Center.

“Since cancers take months to years to develop, the cancer was probably there all along and at least in some of those patients, caused their stroke or heart attack,” said Dr. Navi, who is also chief of the Division of Stroke and Hospital Neurology in the Department of Neurology at Weill Cornell Medicine and NewYork-Presbyterian/Weill Cornell. “If we can identify the highest-risk patients, we can determine the utility of screening them to help diagnose their cancers earlier, which may lead to better outcomes.”

Americans’ lifetime incidence of cancer is estimated to be 39 percent, and Dr. Navi conducted prior research indicating cancer patients are twice as likely to experience heart attack or stroke after diagnosis compared to peers without cancer. But this new study looked in the opposite direction – examining the period before cancer diagnosis instead of after – finding a similarly strong association between the two.

Cancer can promote blood clots in several ways, including by circulating tumor cells that attract clots or by damaging the lining of blood vessels, Dr. Navi said. His new research supports the notion that the clotting leading to heart attack or stroke is “mostly being driven by the cancer itself,” he said, instead of other factors, such as cancer treatments or interrupting prescription anti-platelet drugs, which prevent clotting, in preparation for biopsy or surgery.

With team members that include colleagues from Memorial Sloan Kettering Cancer Center, Dr. Navi identified more than 374,000 patients age 67 or older with a new diagnosis of breast, lung, prostate, colorectal, bladder, uterine, pancreatic or gastric cancer or non-Hodgkin lymphoma in the period from 2005 to 2013. These malignancies comprise about two-thirds of all cancer diagnoses in the United States.

These patients, who were Medicare beneficiaries, were matched with the same number of peers of the same age without cancer. The researchers then compared risks of heart attack and stroke between the cancer and non-cancer groups, which totaled nearly 750,000, over 30-day intervals in the 360 days before cancer diagnosis. They found that older cancer patients are more than five times as likely to have experienced heart attack or stroke in the 30 days before diagnosis than healthy peers.

While more research needs to be done, Dr. Navi said the findings should prompt doctors to be especially vigilant for cancer in patients who have recently experienced heart attack or stroke. These patients should also stay up to date with cancer screenings and pursue testing if other signs suggest cancer.

“Your suspicion should be higher for cancer than for someone who hasn’t experienced a heart attack or stroke,” Dr. Navi said. “Clinicians have a barometer in their minds they use to determine whether to perform a procedure, and we’re always juggling risks and benefits. I think this study moves the ball over a little when it comes to screening, since the risk for cancer is higher than it might be otherwise.”