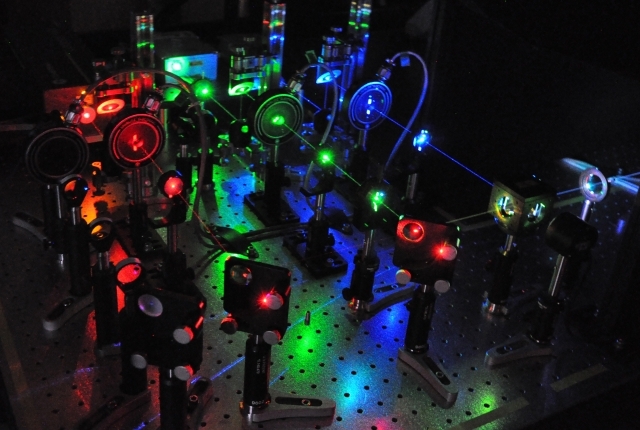 Using techniques pioneered at Weill Cornell Medicine, scientists have captured the first video recordings of a key protein whose function is essential to a deadly foodborne bacteria. This advance opens the door to detailed study of related human proteins essential for the function of muscle cells, particularly in the heart.

The study, conducted in collaboration with Dr. Poul Nissen’s lab at the Aarhus University in Denmark and published Nov. 8 in Nature, reveals in molecular-level detail the activity of an essential protein in Listeria monocytogenes – a frequent cause of serious and sometimes-fatal outbreaks of food poisoning. Understanding this important protein’s activity might help one day better treat or prevent infections, the investigators say. More importantly, they say, the study represents a methodological advance in studying complex proteins in action.

“Our microscopes are now demonstrating the ability to look at these proteins in motion at faster and faster time resolutions and at greater and greater spatial resolutions,” said senior author Dr. Scott Blanchard, a professor of physiology and biophysics at Weill Cornell Medicine. “We hope that these efforts may yield insights that may help treat infections and other diseases.”

But it has been hard to capture the protein in action. Previous studies have relied on X-ray crystallography, which takes static snapshots of a protein’s shape at just one point in time. Now, using single-molecule fluorescence resonance energy transfer (smFRET) imaging methods, Dr. Blanchard and his colleagues can record the movements of individual proteins in real-time. This approach yields structural information that reveals how a protein’s shape – or conformation – changes with time as it performs its work. To do this, they used a custom-built, state-of-the-art microscope that can image individual molecules marked with fluorescent probes.

To pump the calcium ions, the activity of four different parts of these proteins must be coordinated. One part of the protein grabs the ATP and delivers the phosphate on it to another part of the protein called a phosphorylation domain. Another piece of the protein, called the Actuator, then rotates 120 degrees, which pulls on the protein domain embedded in the membrane to create an opening. Transient opening allows the protein to directionally pump ions to the other side of the membrane without causing undesirable and, potentially lethal, leaks.

The smFRET technique allowed the scientists to record and time each step in the calcium transport process. The capability to do so revealed that events after calcium and ATP binding, but preceding protein phosphorylation, are the slowest, or “rate-determining” steps in the transport process and may thus be a regulated step and a potential target for therapies, Dr. Blanchard explained. The lab is now using the technique to systematically examine a growing number of clinically significant drug targets.

“Our study is the first of many that will basically aim to describe all of those individual steps in mechanistic, atomic-level detail that is required for drug design,” said Dr. Blanchard, who is on related patents that have been licensed to Lumidyne Technologies, of which he is a co-founder with equity. Lumidyne is a company that focuses on fluorescence technologies. “It’s the beginning of a big story, not the end of the story.”