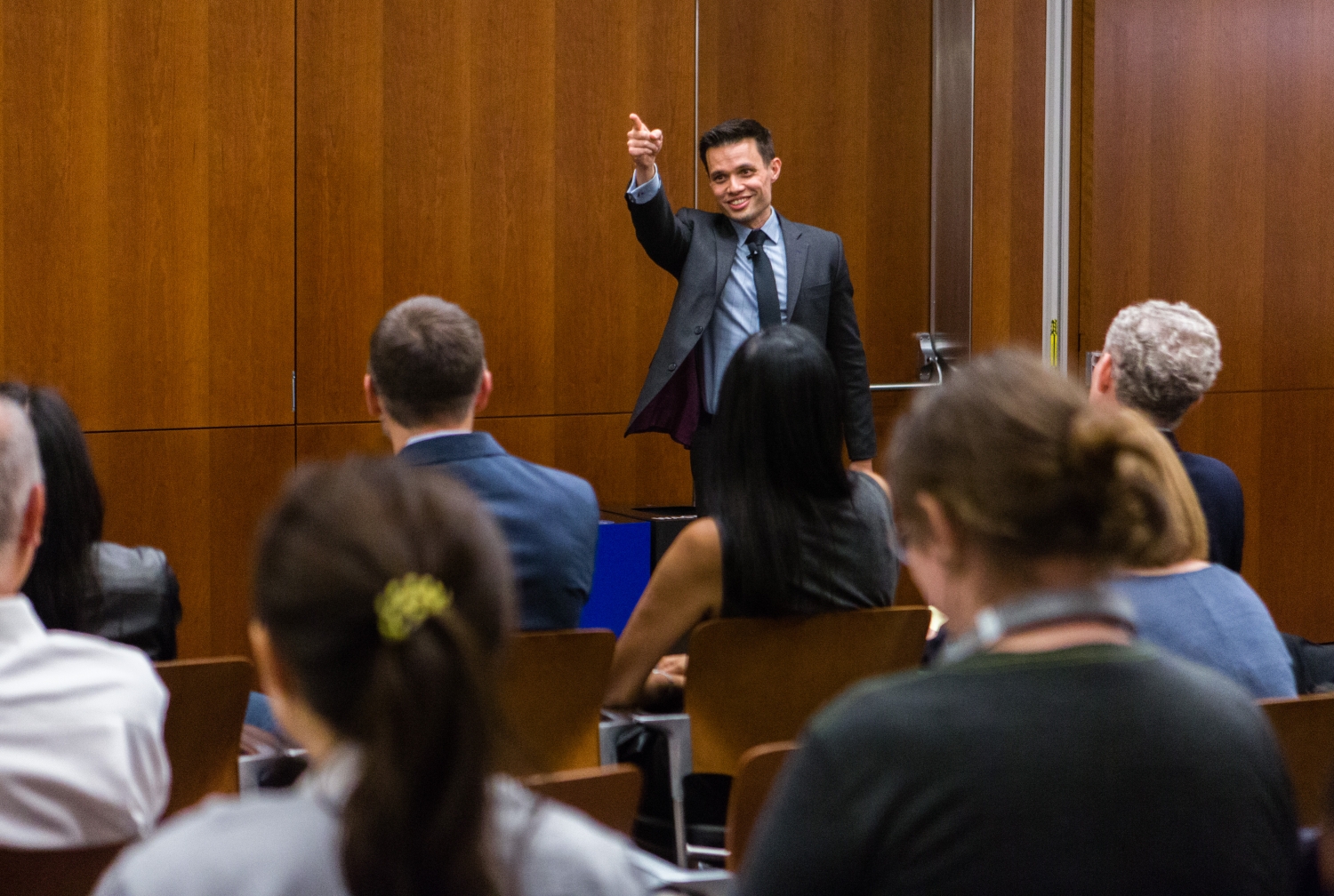 In an age of overabundant and accessible information, when evidence-based research is devalued, how can scientists and journalists work in concert to rightfully inform the public of medical progress?

That was the focus of a presentation given by ABC News Medical Unit Managing Editor Dan Childs Oct. 18 during the inaugural event of a lecture series called “Science and Society” presented by the Weill Cornell Graduate School of Medical Sciences.

Childs emphasized the need for medical journalists – whom he called the “tour guides” of information, responsible for translating and compressing often technical language into relatively miniscule chunks of text or video – to deepen their knowledge of science in order to clarify and enhance the public’s understanding of medical information. 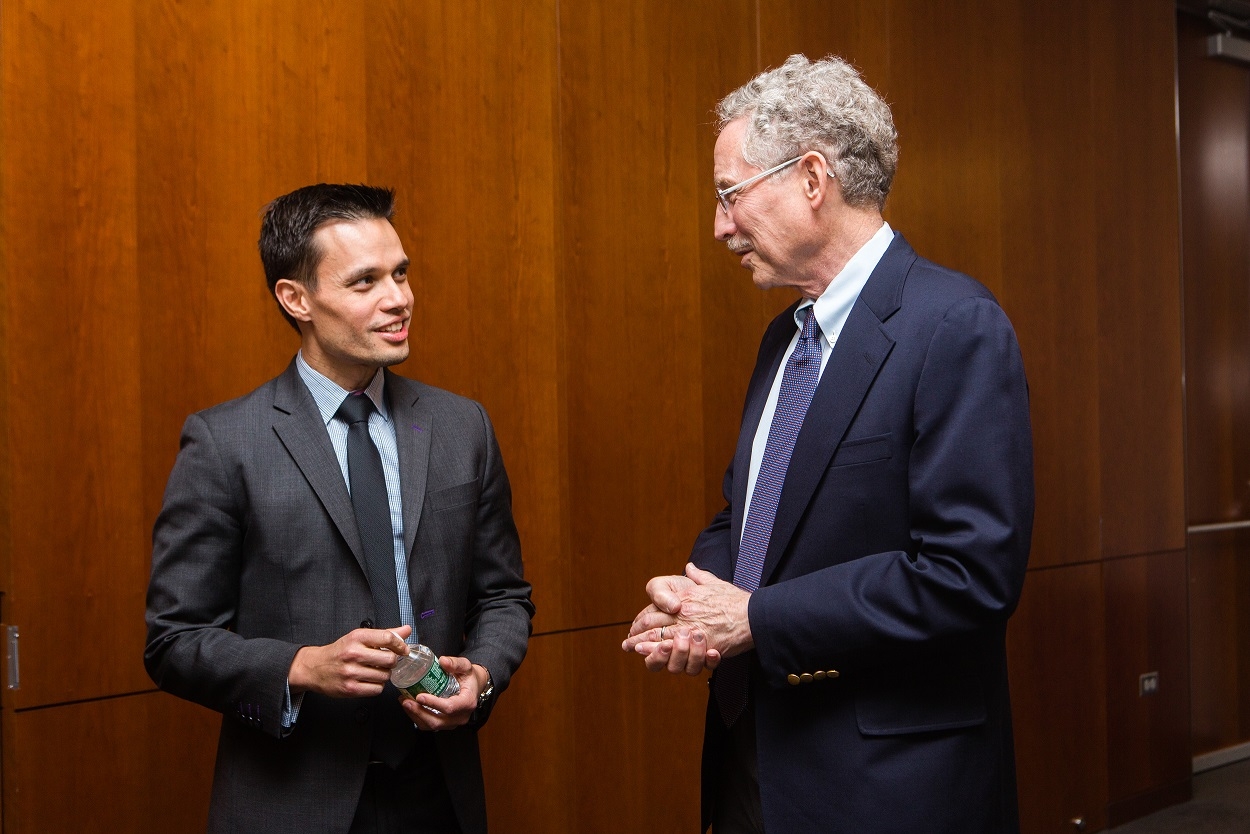 Connecting students to complex societal issues while providing them tools to better understand scientific fields outside their domain is the mission of the lecture series, spearheaded by Dr. Carl Nathan, dean of the Weill Cornell Graduate School of Medical Sciences, and Dr. David Christini, vice dean of the graduate school.

“This series will give students examples of experts in other disciplines relaying what’s exciting and interesting about their topics to people who are not expert in those topics,” said Dr. Nathan, who is also chairman of the Department of Microbiology and Immunology and the Rees Pritchett Professor of Microbiology at Weill Cornell Medicine. “Then the students can imagine how they might present their own specialized knowledge to non-experts.” He added, “It will also help convey the sense of the broader scientific enterprise that our students are a part of and reinforce their sense of excitement and privilege in participating in that.”

Childs on Wednesday relayed several truths about medical journalism to student attendees. He elucidated the process determining which health research findings are covered for the general public, saying newsrooms typically weigh stories by their importance and interest to readers and viewers, and that stories eliciting emotions of fear or outrage often can be communicated easier than stories of hope.

Most important, he said, stories must be based in fact. He cited the publicizing of the later-retracted 1998 study, authored by Andrew Wakefield and published in The Lancet, fraudulently linking MMR vaccinations with autism as a key moment when the medical journalism community failed by communicating false information to the public.

“We’re still paying the wages of this sin,” Childs said. “I think this came out at a time when perhaps the journalistic community wasn’t quite sophisticated enough to take a look at this study, which should have never been published.” 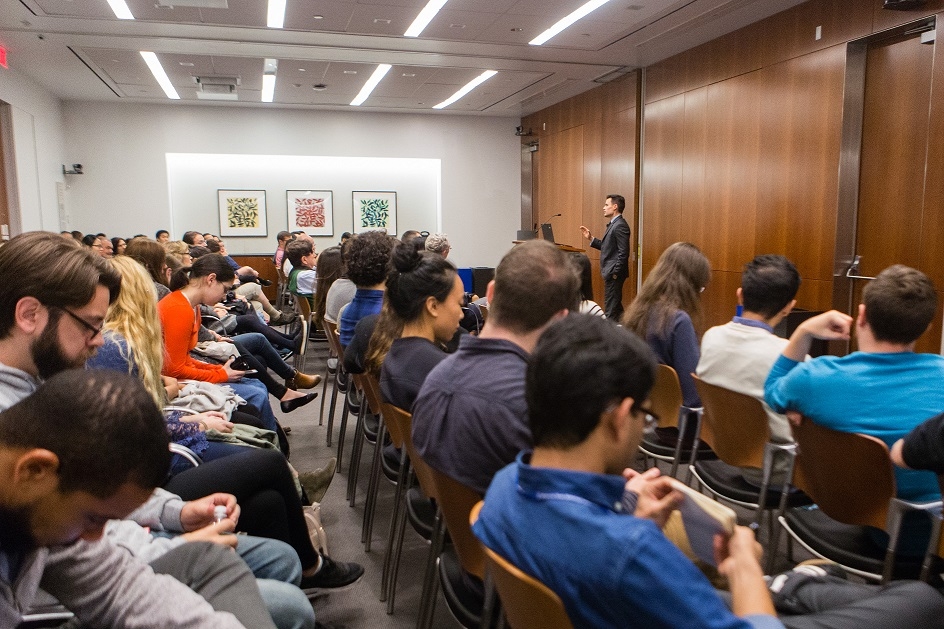 He noted that the majority of newer-generation medical journalists are informed and curious enough to spot misinformation, but the miscommunication of false information, such as the 1998 Wakefield study, can lead to serious mistrust of the medical community. “You can see how damaging this is,” Childs said. “Once you put that message out there, you can’t put that message back in Pandora’s Box.”

For some students attending the event, Childs’ presentation illuminated some otherwise unfamiliar aspects of the public dissemination of scientific information.

“I didn’t know that side of science communication at all,” said Rosa Chen, a third-year neuroscience doctoral student. “It gave me a lot to think about in terms of how we as scientists communicate our science to the greater public.”

There will be five Science & Society events in 2018, with the next scheduled for Jan. 31, featuring Dr. Robert Fergus, associate professor of computer science at New York University, who will speak about artificial intelligence. Future Science & Society events include presentations about the communication of research within the scientific community and the relationship between science and government, including how the National Institutes of Health’s budget is set and how some governments repress science.

Dr. Nathan is asking attendees to participate in a survey-based study designed by assistant dean Marcus Lambert to gauge the impact of the series on their outlook, as he’s expecting the series to continue beyond this year. He said he believes presentations such as Childs’ on Wednesday are necessary to help tomorrow’s scientists and researchers counteract a public disregard for evidence-based work.

“I think one of the most fundamental things that’s challenging the integrity of society and our future prospects is the belittlement of evidence-based reasoning in making public policy decisions,” Dr. Nathan said. “Evidence-based reasoning is something that scientists learn how to use, be skeptical of and evaluate, so what better group to learn how to defend it than science students. Their role in society isn’t just making scientific discoveries, but it’s also being part of other communities, and this will be true for them as professionals, as citizens, as parents and as neighbors.”