A Cellular Tango: Immune and Nerve Cells Work Together to Fight Gut Infections 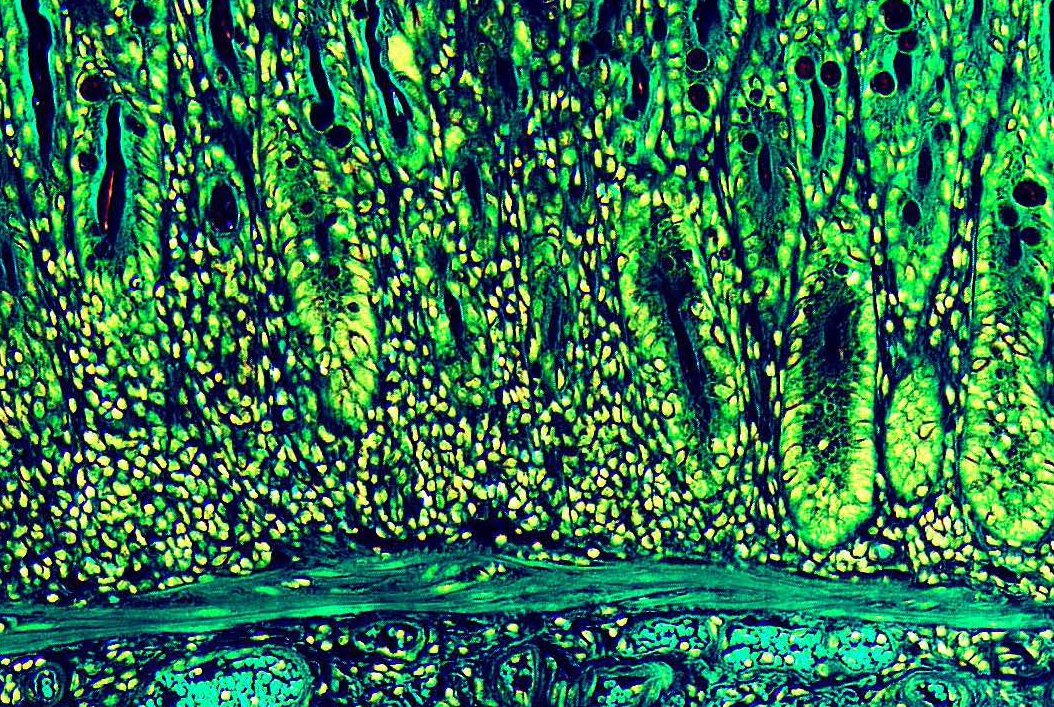 The intestinal barrier. Color-enhanced image of the intestinal lining, which serves as a barrier and limits dissemination of the microbiota. Image credit: Drs. Greg Sonnenberg and David Artis, Weill Cornell Medicine.

Nerve cells in the gut play a crucial role in the body’s ability to marshal an immune response to infection, according to a new study from Weill Cornell Medicine scientists. 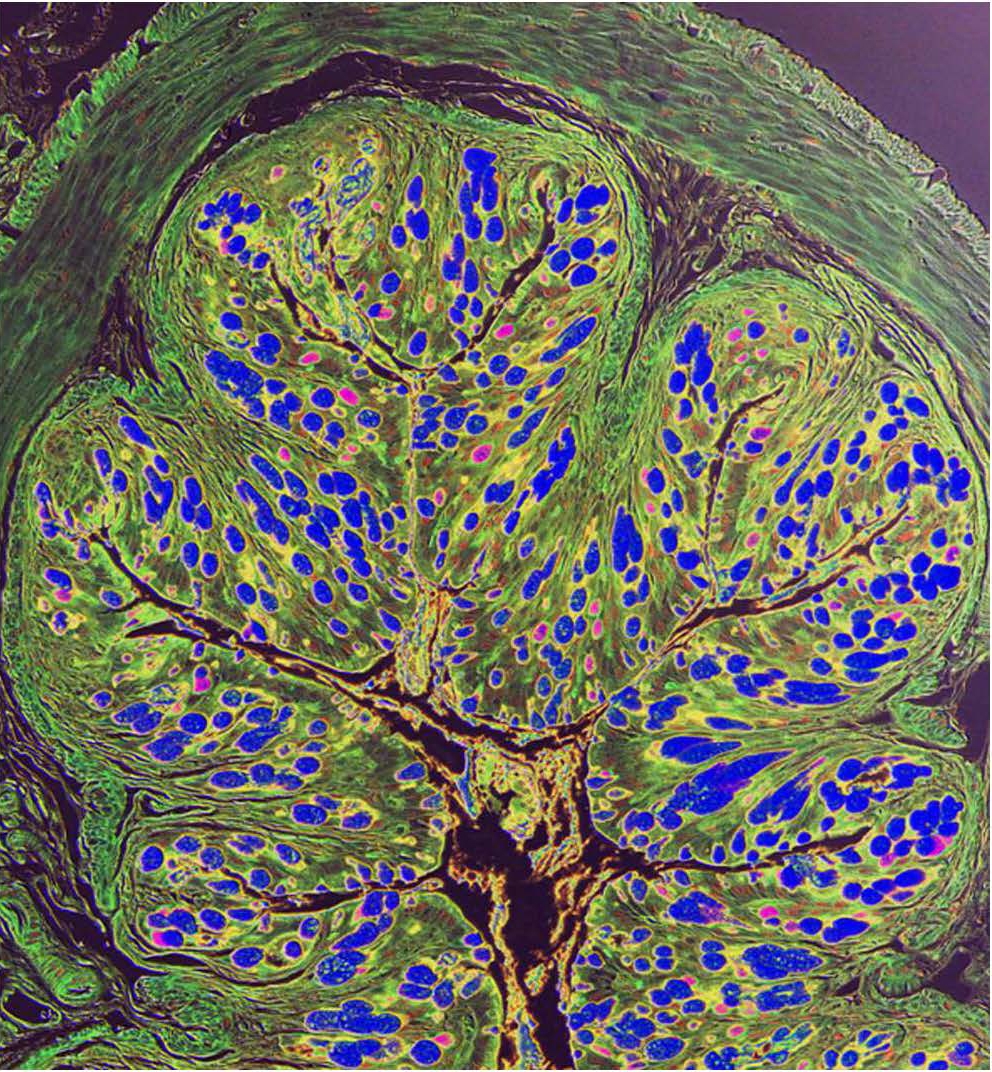 The study, published Sept. 6 in Nature, shows that the immune system and nervous system have co-evolved to respond to infectious threats. This means that scientists looking for ways to treat diseases like inflammatory bowel disease or asthma that involve an excessive immune system response may also have to address the nervous system’s role.

“The immune system and neuronal system don’t act independently,” said senior author Dr. David Artis, director of the Jill Roberts Institute for Research in Inflammatory Bowel Disease and the Michael Kors Professor of Immunology at Weill Cornell Medicine. “They are working together.”

The lining of the gut is home to many immune system cells, which serve as a defense against parasites and other infections. It is also loaded with nerve cells. Lead author Dr. Christoph Klose, a postdoctoral associate at the Roberts Institute, found that immune system cells in the gut, called group 2 innate lymphoid cells (ILC2s), are intertwined with nerve cells called cholinergic neurons. “These guys are dancing like a tango,” Dr. Klose said.

The cells’ close proximity led the researchers to wonder if they may be communicating. That’s when they discovered that the ILC2 cells had a receptor for a protein called neuromedin U (NMU), which acts as a messenger for the nerve cells. In laboratory experiments, the investigators found that exposing ILC2 cells to NMU causes the ILC2 cells to rapidly multiply and secrete chemicals called cytokines that may help trigger an immune response or cause inflammation. 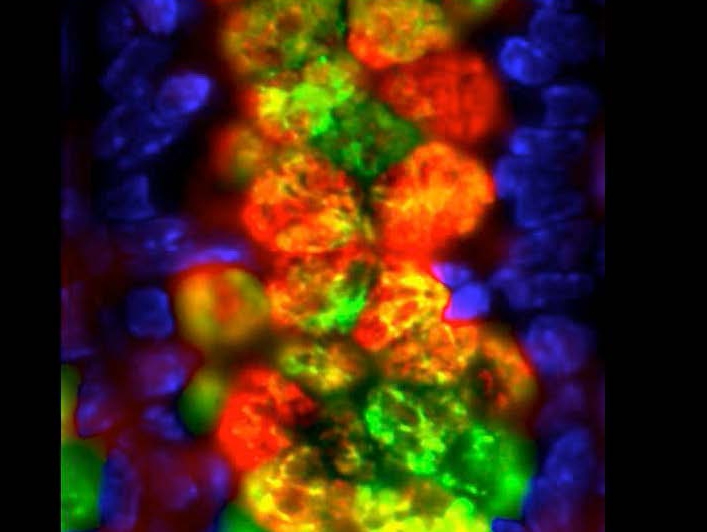 Administering NMU to mice infected with a gut parasite triggered inflammation and a powerful immune response that helped the mice more quickly expel the parasites. Conversely, mice genetically engineered to lack receptors for NMU were more susceptible to the parasites, allowing them to multiply rapidly in the rodents’ gut. The study shows that the NMU-producing nerve cells help prime the ILC2 cells, enabling them to rapidly and effectively respond to infection.

“Where we are most excited is thinking about multiple chronic inflammatory diseases that might be related to this neuronal-immune axis and where we might be able to intervene,” Dr. Artis said.The findings may have important implications for scientists studying inflammatory diseases, including asthma, food allergies and inflammatory bowel disease (IBD). Dr. Artis said it was too soon to say whether NMU itself or its receptors could be treatment targets, but he said studying these pathways might lead to potential new therapies for these diseases.