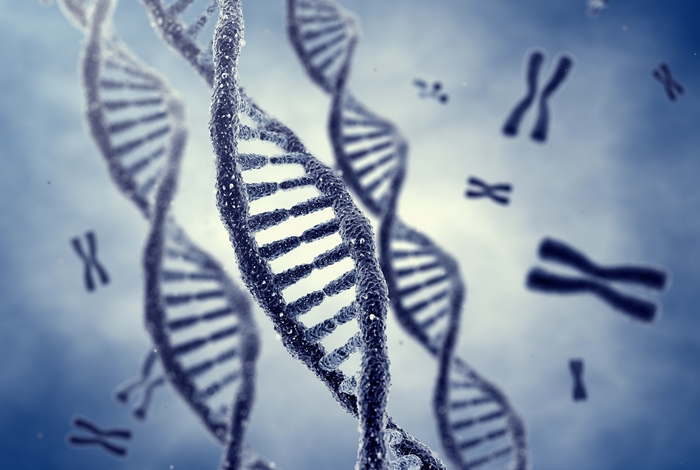 A protein that prepares DNA for replication also prevents the replication process from running out of control, according to a new study by Weill Cornell Medicine researchers. The work, published Jan. 5 in Molecular Cell, solves a mystery that has long puzzled biologists.

The cells of humans and all other higher organisms use a complex system of checkpoints and “licensing” proteins to ensure that they replicate their genomes precisely once before dividing. In preparation for cell division, the licensing proteins attach to specific regions in the DNA, designating them as replication origins. When the DNA synthesis phase of the cell cycle begins, replication begins only at those licensed sites, and only initiates, or “fires” once, according to the current model.

That model was missing a crucial point, though. “The same factor that is allowing for this licensing to happen is only degraded after these replication origins have fired,” said senior author Dr. Tobias Meyer, the Joseph Hinsey Professor in Cell and Developmental Biology at Weill Cornell Medicine. “In principle, the cell could load these licensing machines onto DNA that’s already replicated, so, instead of two copies, you’re getting three or four copies of that segment of the DNA, and these cells would be expected to lose genome integrity and die or become cancerous.”

Figuring out how cells avoid that fate has been tricky. “We needed to be studying events in the first minutes of the DNA synthesis phase of the cell cycle, so it’s a very transient period,” said first author Nalin Ratnayeke, a graduate student who worked on this project both at Stanford University and at Weill Cornell Medicine in Dr. Meyer’s lab. The lab moved to Weill Cornell Medicine in 2020. To solve this difficult experimental problem, Ratnayeke used computer-aided microscopy to monitor thousands of growing cells simultaneously, catching the replicating cells in the act and analyzing the activities of their licensing and replication factors.

The work revealed that a well-known licensing factor, CDT1, not only licenses a segment of DNA to become a replication origin, but also acts as a brake for DNA replication, preventing an essential replication enzyme called CMG helicase from functioning. To start synthesizing DNA, the cell’s enzymes must first break down CDT1. “Previously proposed mechanisms for coordinating this transition from the licensing phase of the cell cycle to the firing phase of the cell cycle have depended on inhibiting licensing factors,” said Ratnayeke, adding that “the mechanism that we identified here is actually the opposite … the licensing factor CDT1 itself is preventing the progression of DNA synthesis.”

To confirm their results, the scientists collaborated with colleagues at the Medical Research Council in Cambridge, UK, who found that the inhibitory mechanism can be recapitulated in a simplified system that reproduces the entire DNA synthesis process with purified components in a test tube. “That allowed us to reconstitute all the components for DNA synthesis, and to prove that CMG helicase is directly inhibited by CDT1,” said Dr. Meyer, who is also a professor of biochemistry and a member of the Sandra and Edward Meyer Cancer Center at Weill Cornell Medicine.

Because failures in replication licensing can kill cells or make them cancerous, the results provide a new understanding of cell health and disease. “Future work to identify mechanistically what’s going on with Cdt1 inhibition will give greater insight into the biophysics of how CMG helicase functions, and will pinpoint specific regions of this complex that can be targeted using drugs,” said Ratnayeke.