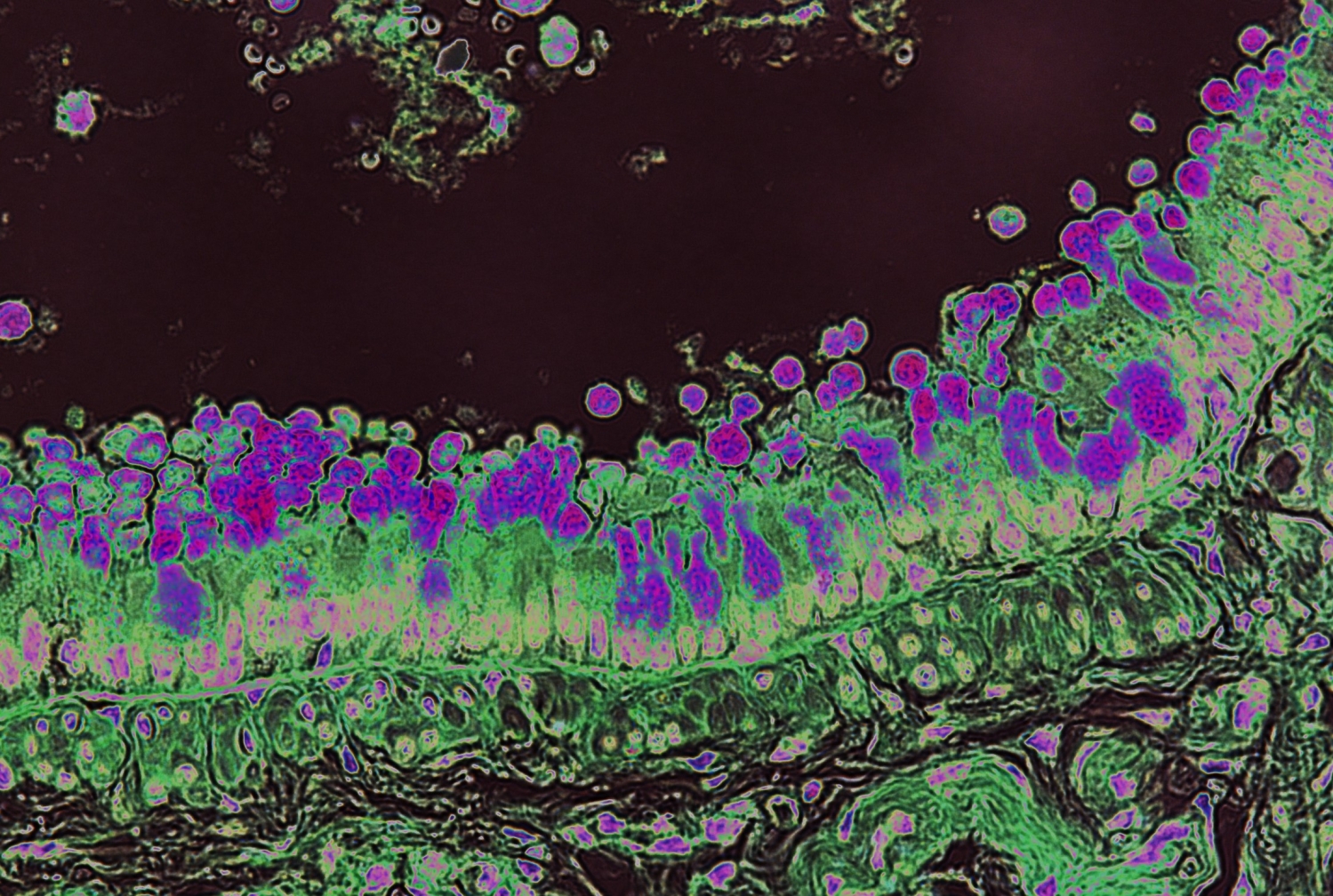 A type of dietary fiber called inulin, commonly used in health supplements and known to have certain anti-inflammatory properties, can also promote an allergy-related type of inflammation in the lung and gut, and other parts of the body, according to a preclinical study from researchers in the Friedman Center for Nutrition and Inflammation and Jill Roberts Institute for Inflammatory Bowel Disease at Weill Cornell Medicine and in the Boyce Thompson Institute on Cornell’s Ithaca campus.

The study, published Nov. 2 in Nature, found that dietary inulin fiber alters the metabolism of certain gut bacteria, which in turn triggers what scientists call type 2 inflammation in the gut and lungs. This type of inflammation is thought to have evolved in mammals chiefly to defend against parasitic worm (“helminth”) infections, and is also part of normal wound-healing, although its inappropriate activation underlies allergies, asthma and other inflammatory diseases.

“There’s a lot to think about here, but, in general, these findings broaden our understanding of the relationship between diet, immunity, and the normally beneficial microorganisms that constitute our microbiota and colonize our bodies,” said study co-senior author Dr. David Artis, director of the Friedman Center for Nutrition and Inflammation and the Michael Kors Professor of Immunology at Weill Cornell Medicine.

The study’s scientific participants reflect the Friedman Center’s highly cross-collaborative research mission, drawing on expertise in bacterial genetics, biochemistry and immunology at Weill Cornell Medicine in New York City and Cornell’s Ithaca campus. Dr. Chun-Jun Guo, assistant professor of immunology in medicine at Weill Cornell Medicine, and Dr. Frank Schroeder, professor at the Boyce Thompson Institute and in the Department of Chemistry and Chemical Biology in the College of Arts and Sciences on Cornell’s Ithaca campus teamed up with the Artis laboratory to gain a detailed understanding of how an important dietary component affects the microbiome and the immune response. The study’s first author is Dr. Mohammad Arifuzzaman, a postdoctoral researcher in the Artis laboratory.Dr. Artis is also director of the Jill Roberts Institute for Inflammatory Bowel Disease at Weill Cornell Medicine.

In this new study, the researchers examined inulin’s effects more comprehensively. They gave mice an inulin-based, high-fiber diet for two weeks, and then analyzed the many differences between these mice and mice that had been fed a diet lacking inulin. A major difference was that the inulin diet, while increasing Treg cells, also induced markedly higher levels of white blood cells called eosinophils in the gut and lungs. A high level of eosinophils is a classic sign of type 2 inflammation and is typically seen in the setting of seasonal allergies and asthma.

Ultimately the researchers found that the eosinophil response was mediated by immune cells called group 2 innate lymphoid cells (ILC2s), which were activated by elevated levels of small molecules called bile acids in the blood. The bile acid levels were elevated due to the inulin-induced growth of certain bacterial species—a group called Bacteroidetes, found in both mice and humans—which have a bile acid-metabolizing enzyme. 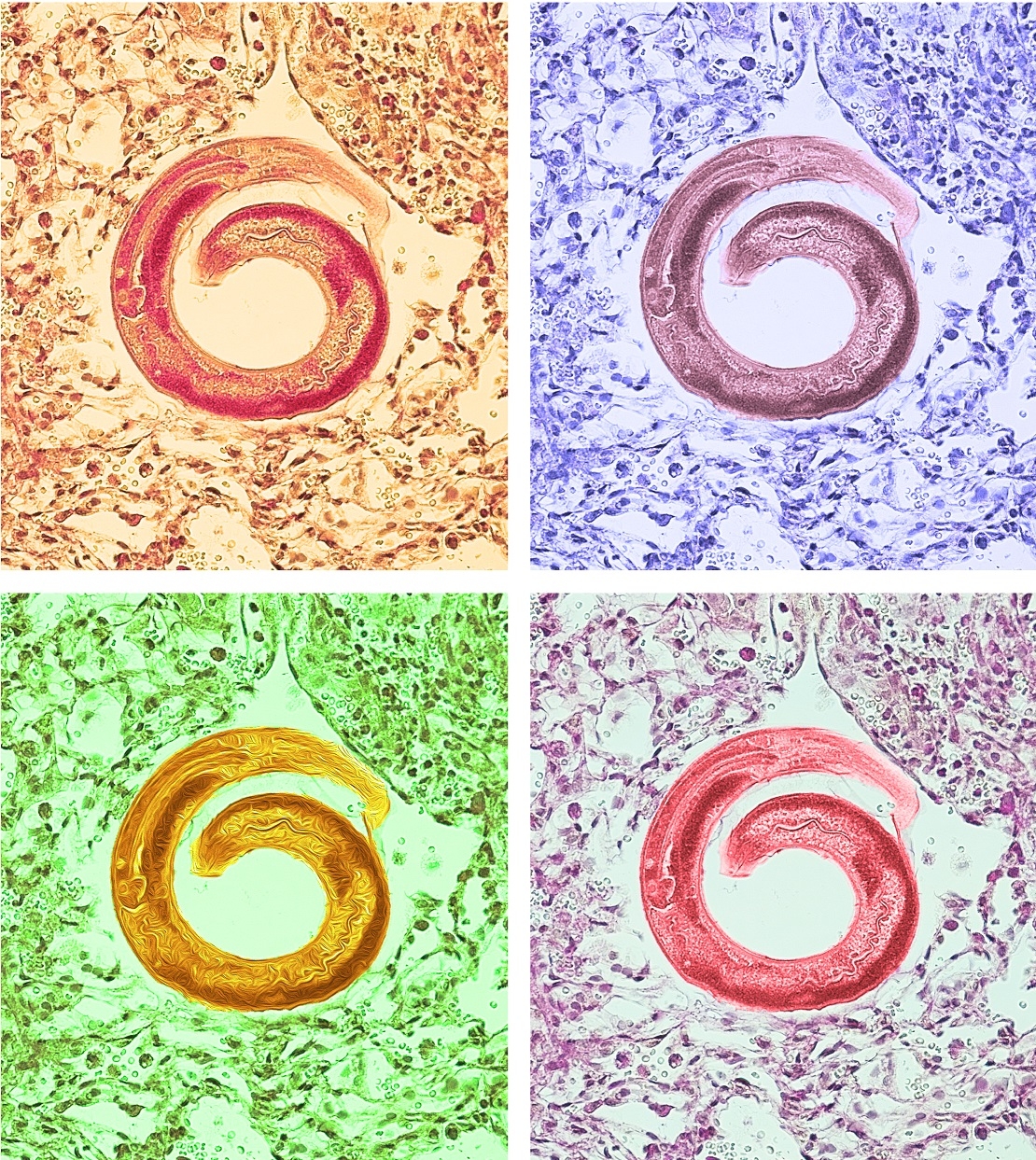 “We were amazed to find such a strong association between inulin supplementation and increased bile acid levels,” Dr. Schroeder said. “We then found that deletion of the bile acid receptor abrogates the inulin-induced inflammation, suggesting that microbiota-driven changes in bile acid metabolism underlie the effects of inulin.”

“When we colonized germ-free mice (mice without microbiota) with one of these bacterial species, and then knocked out the gene for one bacterial enzyme that promotes bile acid production, the whole pathway leading from inulin to eosinophilia and allergic inflammation was blocked,” Dr. Guo said.

The finding that inulin promotes type 2 inflammation does not mean that this type of fiber is always “bad,” the researchers said. They found that inulin did worsen allergen-induced type 2 airway inflammation in mice. But the experiments also confirmed inulin’s previously reported effect at boosting anti-inflammatory Treg cells, which may in many cases, outweigh some pro-inflammatory impact. Moreover, a type 2 immune response, which in the gut and lungs involves an increased production of tissue-protecting mucus, is not necessarily harmful in healthy people—indeed, the researchers found in their mouse experiments that the inulin-induced type 2 inflammation enhances the defense against helminth infection.

“It could be that this inulin to type-2-inflammation pathway represents an adaptive, beneficial response to endemic helminth parasite infection, though its effects in a more industrialized, helminth-free environment are more complex and harder to predict,” said Dr. Arifuzzaman.

The researchers now plan to use their multi-disciplinary, multi-platform approach to study systematically the immune effects of the different types of dietary fiber as well as a range of other dietary supplements in different states of health and disease.