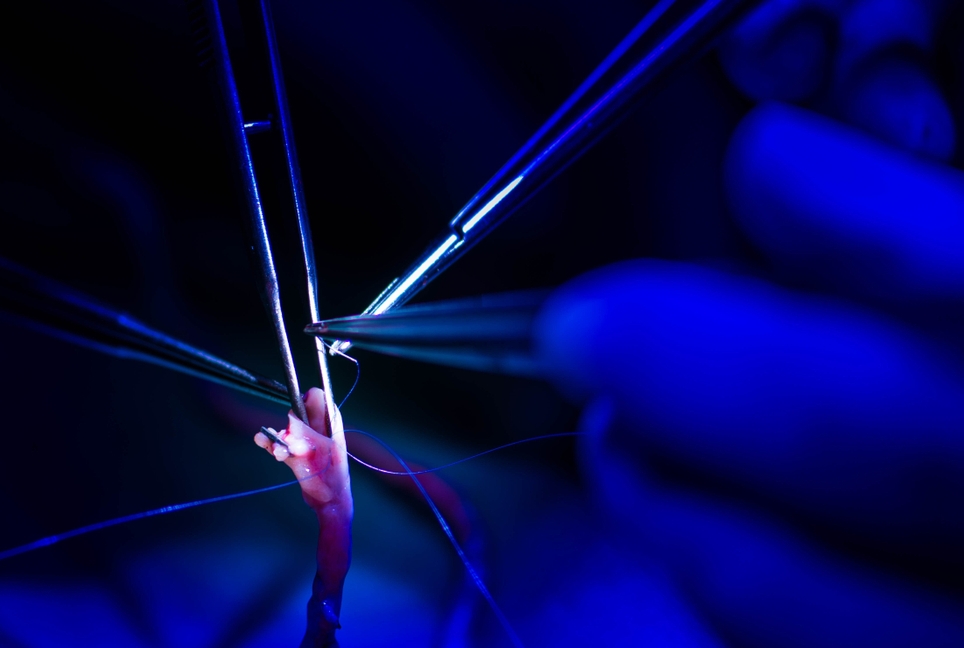 A new analysis shows that a combination of two anti-platelets drugs can benefit patients after the most common type of cardiac surgery — while also increasing the risk of potentially dangerous bleeding. This double-edged finding from Weill Cornell Medicine and NewYork-Presbyterian investigators suggests physicians should carefully weigh the use of these medications after this procedure.

In an analysis reported Aug. 9 in JAMA, a team led by Dr. Mario Gaudino, a coronary artery bypass surgeon, examined data from 1,668 grafts in which surgeons use a piece of vein taken from the leg to circumvent blocked coronary arteries. Sometimes, however, blood clots form within the grafted vein, obstructing blood flow. Typically, patients are given aspirin; however, some evidence suggests that aspirin along with a prescription strength anti-platelet agent, such as one called ticagrelor, can more effectively prevent this clotting.

“We found that, yes, this dual therapy significantly reduces the risk that the grafts will fail. However, for the first time, we have shown that this approach also carries a significant risk of clinically important bleeding,” said Dr. Gaudino, the Stephen and Suzanne Weiss Professor in Cardiothoracic Surgery at Weill Cornell Medicine and a cardiothoracic surgeon at NewYork-Presbyterian/Weill Cornell Medical Center. “So, the benefit comes at a price.”

Taken together, these results indicate physicians should base their decisions on patients’ individual circumstances and avoid using this approach for those with conditions that put them at risk of bleeding, he said.

Every year, approximately 300,000 patients undergo coronary artery bypass grafts to treat narrowed or blocked arteries that deprive the heart muscle of oxygen-rich blood. In more than 90 percent of these procedures, surgeons take a graft from one of the patient’s saphenous veins, which carry blood up the inner side of the legs. However, within a year, as many as a quarter of these grafts become obstructed.

Some studies have examined the benefit of giving patients both aspirin and ticagrelor, an approach known as dual antiplatelet therapy (DAPT). However, these studies were small and came to conflicting conclusions. The team, including first author Dr. Sigrid Sandner, a master’s student in clinical epidemiology at the Weill Cornell Graduate School of Medical Sciences, reached out to researchers on four such trials to obtain access to their raw data. The team then compiled that data, in effect creating a much larger study capable of generating more robust conclusions.

They found a failure rate of approximately 11 percent in patients who received a combination of aspirin and ticagrelor, while blockages occurred in 20 percent of grafts when patients received only aspirin. However, as compared with aspirin alone, DAPT brought on more bleeding events that, while generally not life threatening, required medical attention.

In these previous trials, patients received DAPT for a full year. However, most graft failure occurs in the first few months after surgery. Next, Dr. Gaudino, who is also director of the Joint Clinical Trials Office at Weill Cornell Medicine and NewYork-Presbyterian, hopes to test aspirin and ticagrelor over one to three months to see if a shortened course offers the same benefit with less risk of bleeding.