Family and Social Support May Influence Caregiver Stress and Depression 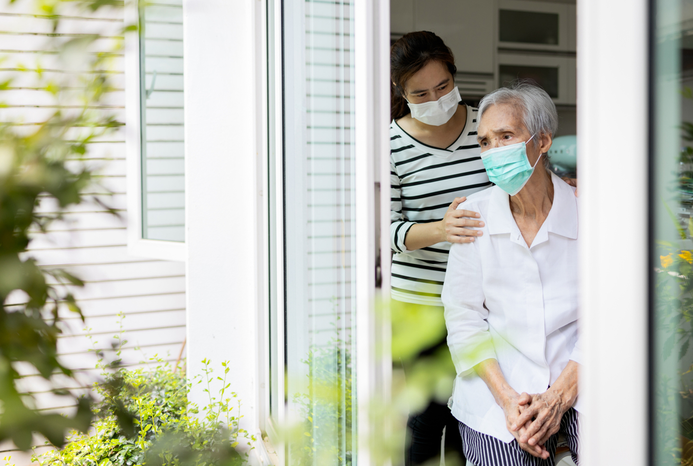 A new study from Weill Cornell Medicine investigators shows that cultural values and social support may influence a caregiver’s burden, self-efficacy and depressive symptoms. These findings suggest interventions aimed at buffering the negative effects of care-related stress should reinforce the importance of social connections.

In a study reported in the July 2022 issue of the Journals of Gerontology: Series B, a team led by first author Dr. Francesca Falzarano, a postdoctoral fellow, and senior author Dr. Sara J. Czaja, professor of gerontology in medicine in the Division of Geriatrics and Palliative Medicine at Weill Cornell Medicine, examined racial and ethnic differences in familism -- a cultural value that centers around a sense of collectivism in the family -- and social support to better understand cross-cultural differences in caregiving outcomes.

“Familism is a cultural justification to provide care, and there are three factors: family obligations, or how does your culture and your family structure influence your feelings of obligation to provide care? Perceived support, or what's a person’s perception of support that they receive from their family. And then family as referents, which is being exposed to a family member providing care and using that as a model,” Dr. Falzarano said.

The Weill Cornell researchers hypothesized that Hispanic and Black people would exhibit higher levels of familism and that familism would act as a buffer and mitigate care-related strain in these caregivers.

“The literature is actually very mixed on whether familism is helpful,” Dr. Falzarano said. “But we thought individuals who might be high in familism -- particularly members of the Hispanic and Black groups -- might have more expansive social support networks, whether it be kin and non-kin relationships, that can aid in caregiving and lead to more positive caregiving appraisals, such as higher self-efficacy and reduced depression.”

Their team collected data from 243 caregivers whose loved ones had Alzheimer’s disease or other related dementias (ADRD) -- a population of caregivers that tend to have higher degrees of feeling burdened and stressed. The caregivers, who ranged in age from 20 to 95, lived in the greater Miami region and were participants in the Caring for the Caregiver Network study, a study funded by the National Institutes of Health, which examined a culturally-tailored, technology-based psychosocial intervention.

“​​Our hypotheses were largely maintained, which really highlights the criticality of this topic,” Dr. Czaja said. “It’s vital for caregivers to know they’re not alone and they should not feel bad about needing or seeking support. And while family is important, we must also enhance support for individuals who do not have family. We must also define the term family broadly.”

The team, which included Dr. Jerad Moxley, instructor of psychology in medicine, and Dr. Karl Pillemer, professor of gerontology in medicine at Weill Cornell Medicine and the Hazel E. Reed Professor in the Department of Human Development at Cornell University, also did an exploratory analysis with Hispanic participant acculturation, or assimilation to a new culture.

“We didn’t know what we were going to find, but our results showed that the greater number of years a Hispanic person spends in the United States, the lower they score on the familism scale,” Dr. Falzarano said.

Since “Hispanic” is an umbrella term representative of many different cultures, values and belief systems, the Weill Cornell researchers are collaborating with Dr. Andrés Losada Baltar, a professor at Universidad Rey Juan Carlos in Madrid, to see if their model replicates in a Spanish sample of caregivers.

“We will compare our Hispanic subsample with a subsample of dementia caregivers from Spain,” Dr. Falzarano said. “And so, we're continuing to further parse apart these different groups, their cultural beliefs and how that impacts their caregiving outcomes.”

In the future, the Weill Cornell researchers also hope to expand their research to first-generation caregivers and members of other racial or ethnic groups.

“Overall, our findings show that a one-size-fits-all approach to interventions is not efficacious,” Dr. Czaja said.

Many Weill Cornell Medicine physicians and scientists maintain relationships and collaborate with external organizations to foster scientific innovation and provide expert guidance. The institution makes these disclosures public to ensure transparency. For this information, see profile for Dr. Sara Czaja.