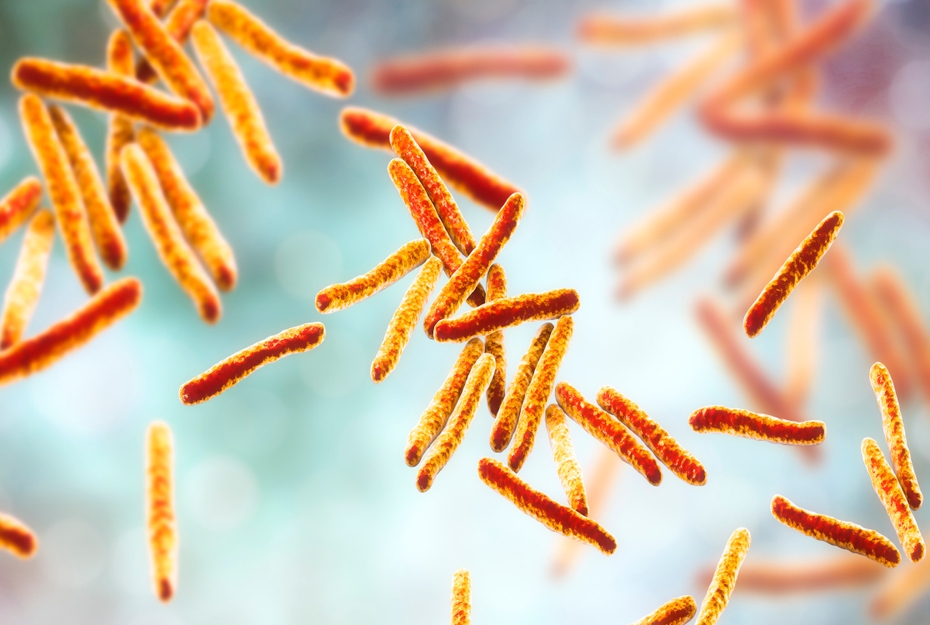 Weill Cornell Medicine researchers have identified a protein in Mycobacterium tuberculosis (Mtb) that contributes to drug tolerance, a phenomenon that allows bacteria to survive treatment with drugs that would normally kill them.

The study, published April 22 in Nature Communications, found that an Mtb protein called CinA reduces the efficacy of isoniazid and other antibiotics used to treat tuberculosis.

“This study provides mechanistic insights into how a bacterium like Mtb can cause infection that persists in the face of drug treatment,” said co-senior author Dr. Dirk Schnappinger, professor of microbiology and immunology at Weill Cornell Medicine. Available drugs work well in the lab setting, but are not always effective when used to treat patients. For example, the cornerstone treatment isoniazid kills replicating bacteria; however, Mtb bacilli residing inside the human host can be dormant and survive treatment with isoniazid.

According to the World Health Organization, approximately 10 million people become sick from Mtb and about 1.5 million people die from tuberculosis each year. The bacterium usually attacks the lungs and is spread by coughing and sneezing. “There’s no vaccine for adults to help prevent tuberculosis, so we’re largely dependent on drug treatments,” Dr. Schnappinger said, adding that these treatments can be difficult to implement in high incidence areas.

Tuberculosis treatment typically requires at least six months of therapy with four drugs. Scientists theorize that the need for this long treatment duration is because of bacterial subpopulations that are drug tolerant.

Drug tolerant populations survive exposure to antibiotics and as soon as drug treatment is withdrawn in patients, “bacteria start bouncing back and living happily in the host,” said first author Dr. Kaj Kreutzfeldt, research associate in microbiology and immunology at Weill Cornell Medicine. “Only in recent years have we begun to really appreciate how much drug tolerance contributes to length and success rate of patient treatment.”

Making drugs more effective at targeting tolerant Mtb populations could help to reduce lengthy treatment times, Dr. Schnappinger said. Months of therapy can be difficult for people to complete, especially in parts of the world where healthcare is not always readily accessible.

To better understand how some Mtb can persist in the presence of isoniazid, the researchers randomly introduced mutations into the bacterial genome and screened for bacteria that were newly susceptible to isoniazid under conditions in which drug tolerant Mtb has been observed. They discovered that inactivation of the gene encoding the CinA protein resulted in enhanced efficacy of isoniazid against Mtb.

Normally, a bacterial enzyme activates isoniazid by converting it to a free radical—an unstable molecule—that interacts with another molecule, nicotinamide adenine dinucleotide (NAD). This interaction leads to the inhibition of cell processes that are essential for Mtb to thrive. The researchers discovered that the CinA protein cleaves, or separates, NAD from isoniazid, making it inactive.

The researchers demonstrated that deleting CinA from the Mtb genome made isoniazid more effective at killing the bacterium in laboratory tests and in studies of mice infected with Mtb. Laboratory studies of the bacterium showed that this was also true of ethionamide, delamanid, and pretomanid, other antibiotics used to treat tuberculosis.

They further found that deleting CinA also increased the effectiveness of pretomanid, bedaquiline, and linezolid in infected mice. These medications are used together to treat drug-resistant tuberculosis, which results when the bacterium has developed mutations in its DNA that allow for growth in the presence of first-line treatments.

A better understanding of the mechanisms underlying CinA-mediated drug tolerance in Mtb may one day have applications in the clinic. Scientists first need to identify a small molecule inhibitor of CinA, said Dr. Sabine Ehrt, co-senior author and professor of microbiology and immunology at Weill Cornell Medicine. “You could give that inhibitor together with TB drugs to make them more effective,” she said.

Many Weill Cornell Medicine physicians and scientists maintain relationships and collaborate with external organizations to foster scientific innovation and provide expert guidance. The institution makes these disclosures public to ensure transparency. For this information, see profile for Dr. Sabine Ehrt.