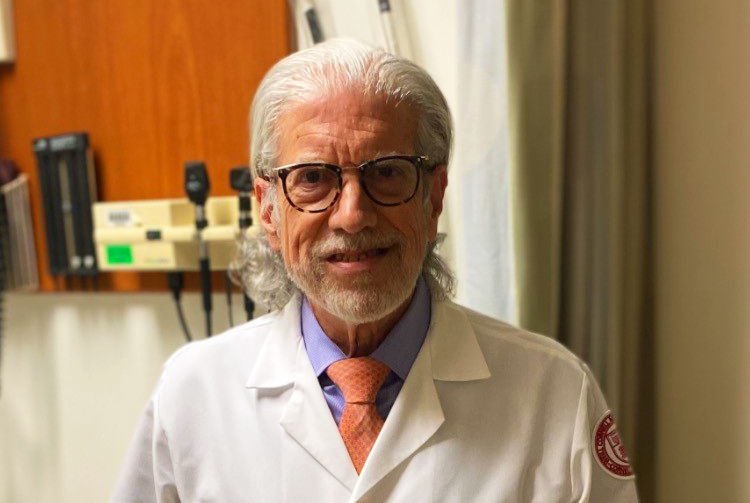 When Dr. Juan Emilio Carrillo began medical school in Boston in 1972, as a Cuban immigrant, he couldn’t help but feel different.

“I was one of the few immigrant kids,” said Dr. Carrillo, now an associate professor of clinical medicine and of clinical healthcare policy and research at Weill Cornell Medicine. “My classmates were the sons and daughters of professors, deans and captains of industry, whose families were connected to medicine. I felt very alienated.”

So, as a first-year student at Harvard Medical School, he formed the Boricua Health Organization with his friend and fellow classmate Dr. Jaime Rivera to create a sense of belonging. “I knew I had to replicate myself, and I had to help others,” Dr. Carrillo said. “And it was a way to stay focused as a student who was very different socio-economically and culturally.”

What began as a small group for Latino medical students eventually grew into a national organization now known as the Latino Medical Student Association (LMSA), with 150 chapters in five regions across the country. The group is celebrating 50 years of chapters, advancing its mission to recruit people who otherwise may not consider medical school, to retain Latino medical students and to educate about health in Latino communities.

“It’s an organization with a simple message and philosophy,” said Dr. Carrillo, who is also an associate attending physician at NewYork-Presbyterian/Weill Cornell Medical Center. “And that message has lasted for 50 years.”

A New Challenge and Adventure

Dr. Carrillo was just 11 years old when he boarded a plane from Cuba and set off alone to start a new life in the United States. It was difficult to leave his family, but he knew he had to keep looking ahead.

“I saw it as a challenge and an adventure,” he said. “I took the route of seeing it as an opportunity, instead of a painful situation.”

Living with relatives in Miami when he arrived, Dr. Carrillo learned English from watching television. His parents and sister joined him a year later and together they moved to New York. With a positive outlook, and a gifted academic and scientific mind, he rose to the top of his classes, first at Columbia University and then at Harvard.

And throughout his 50-year career, Dr. Carrillo remained a steadfast advocate for Latinos in medicine, helping to build an enduring solidarity in the community.

Dr. Susana Morales, director of the Weill Cornell Medicine Diversity Center for Excellence, was an active member of LMSA’s predecessor when she was a medical student at Columbia University Vagelos College of Physicians and Surgeons.

“My involvement was important for my sense of belonging,” she said. “We provided academic and social support for each other during the grueling experience of medical school.”

Dr. Carrillo has also continued his mission to improve health in immigrant communities. He spent 10 years at Harvard Medical School and Harvard School of Public Health, and with a grant from the National Cancer Institute, he led the first community-based intervention program to reduce smoking in the Hispanic community. In 1990, he was appointed to oversee the New York City Health and Hospitals Corporation, where he helped bring interpreter services to city hospitals and expanded primary care in immigrant communities.

In 1995, he joined Weill Cornell Medicine, and developed a cross-cultural curriculum, among the first of its kind, to train medical students in treating and communicating with patients with diverse cultures. In addition, he has served in key roles implementing programs to address health disparities in the immigrant communities served by Weill Cornell Medicine and NewYork-Presbyterian/Weill Cornell Medical Center.

For Dr. Carrillo, Diversity Week at Weill Cornell is about reflecting on the progress that’s been made, and taking pride in those accomplishments, while focusing on the work that remains. For example, he would like to see a boost in the number of Latino medical students and cites the need for greater outreach in high schools.

His advice to young medical students with a life story like his is to “keep your eyes on the prize.”