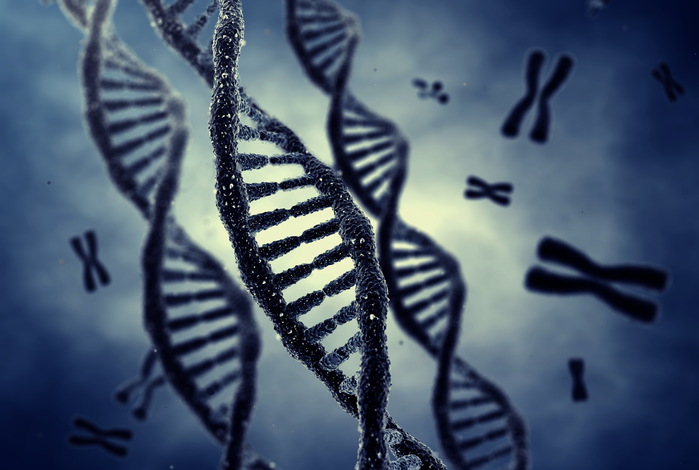 A team led by collaborating researchers from Weill Cornell Medicine, Weill Cornell Medicine—Qatar and Qatar Foundation have assembled a large genomic database on the Qatari people, and have used it to develop an advanced but low-cost screening tool for genetic diseases in this highly distinct Middle Eastern population.

The tool, QChip1, is a microarray capable of detecting, from a blood sample, more than 80,000 different DNA variations in genes linked to hereditary disorders. Costing less than $100 each, QChip1 microarrays will be used to evaluate the risks of such disorders among newborns, couples planning a family and hospital patients—thus advancing personalized medicine in Qatar.

As the researchers demonstrated in their study, published Jan. 19 in npj Genomic Medicine, a population-specific screening tool is necessary in Qatar because the Qatari population has a largely distinct set of genetic disorder risk variants, 85 percent of which are not seen in Western populations.

“The important message here is that advancing precision medicine with genetic screening tools for a given population requires an understanding of the specific set of risk variants found in that population,” said study co-senior author Dr. Ronald Crystal, chairman of the Department of Genetic Medicine and the Bruce Webster Professor of Internal Medicine at Weill Cornell Medicine in New York, and attending physician at NewYork-Presbyterian/Weill Cornell Medical Center.

“The genomic database of the Qatari population and the QChip technology provide an extremely accessible, low-cost and powerful resource for reducing the incidence of a wide variety of inherited diseases,” said co-first author Dr. Amal Robay, an assistant professor of research in genetic medicine at Weill Cornell Medicine-Qatar. “We are so pleased to have been able to work on this project with our gifted colleagues at Weill Cornell Medicine in New York and closer to home at Qatar Foundation to help deliver this important precision screening tool for the Qatari population.”

“The QChip1 screening array marks several key milestones for Qatar,” said study co-author Dr. Khalid Fakhro, chief of research at Sidra Medicine. “First, it represents a significant outcome of Qatar’s early investment in generating genomic knowledge on our population. Second, this array is a first for the region, and can be adopted by neighboring countries whose populations share ancestry (and disease mutations) with ours. And finally, it demonstrates the strength of collaboration across the biomedical research community in Qatar, as this truly took a multi-stakeholder effort over several years to achieve a viable product, which will completely transform disease screening for future generations.”

“The cooperation between multiple institutions is helping produce powerful screening tools, and the impact is not only reflected in the power of numbers, but also in the power of science,” said co-first author Dr. Radja Messai-Badji, genomics operations manager at Qatar Foundation’s Qatar Genome Program. “When each entity serves its role within its niche specialty, it leads to well-designed and constantly evolving products for the area of precision medicine.”

Thousands of hereditary human disorders, affecting in total about one percent of the human population, arise from pathogenic DNA variations within single genes. These single-gene disorders (SGD) can either be dominant or recessive. For dominant SGDs, the patient can inherit the copy of the gene containing a pathogenic variant from either parent, while for recessive SGDs, the patient needs to inherit the pathogenic variant from both parents in order to manifest symptoms of the disease. Thus, two unaffected parents can be carriers of the pathogenic variant and give birth to an affected child with a 25 percent possibility.

In order to avoid this unexpected scenario, SGD risk variant screening of newborns, and couples who are planning a family, has long been routine in many countries, at least for more serious SGDs such as sickle-cell anemia. Most databases of SGD risk variants and related screening tools were developed for Western populations, though. SGDs are generally the same across human populations, but the precise DNA changes that give rise to those SGDs are often different from one population to another. Researchers also recognize now that in general, more comprehensive screening could enable more personalized and effective medicine.

Qatar is a good candidate for comprehensive and population-specific screening. It is a small country on the Persian Gulf where, in the native population, intra-clan marriage is the norm and about a third of marriages are between first cousins—which means that marriages often bring together two people who carry the same SGD risk variant inherited from a shared ancestor.

“SGD risk screening has a lot of potential, not only clinically for personalized medicine and family planning, but also scientifically for understanding rare genetic diseases,” said co-first author Dr. Juan Rodriguez-Flores, an assistant professor of research in genetic medicine at Weill Cornell Medicine in New York. “But as this study shows, the development of such tools going forward is going to require genomic databases and screening technologies that are tailored for distinct ancestry groups—and for most groups those tools don’t yet exist.”

In the study, the researchers assembled a large dataset, from their own and others’ sequencing of DNA from more than 8,000 Qataris, to construct the Qatari Genome Knowledgebase of known risk variants.

Out of the millions of recorded variants in the Knowledgebase, they selected 83,542 known or likely disease-causing variants, in a total of 3,438 genes, to generate the probes for QChip1. Chips such as these are called genotyping microarrays, and contain arrays of short DNA strands each of which will bind to and register the presence of a DNA sequence of interest.

The researchers demonstrated QChip1 screening by using the chip to analyze DNA from 2,707 Qataris. In this large sample of individuals, they identified a total of 32,674 distinct risk variants, with an average of 134 risk variants per individual. They also found that these variants were relatively Qatari-specific, only about 15 percent of the variants being present in comparative DNA samples from European Americans, South Asian Americans, African Americans and Puerto Ricans. Even in samples from nearby Kuwait, Iran, and the United Arab Emirates, only about half of the detected Qatari variants were evident.

“Every day we discover more pathogenic variants, which are observed in some countries to be different from the variant observed in other countries,” said co-senior author Dr. Asmaa AlThani, chair of Qatar Genome Program at Qatar Foundation and vice chair of Qatar Biobank Board. “Differences between pathogenic variants in different countries are reported on a daily basis, which keeps driving us to pursue our work in genomics, and focusing on pathogenic evolution and potentially pathogenic variants. With every new variant we observe as unique to Qatar, we take on step forward towards better health care, not only for Qatar, but also for other Middle Eastern populations.” In order to provide researchers and clinicians access to data for research, the QChip Knowledgebase and the Qatar Genome Browser were constructed, and will keep expanding as more public data and literature from Qatar becomes available.

“This groundbreaking effort led by Weill Cornell Medicine highlights the effectiveness and translatability of omics and, in particular, genomic projects such as the QChip to implement precision medicine solutions that are likely to improve health care for the populations of Qatar and the wider region,” said study co-author Dr. Khaled Machaca, senior associate dean for research, innovations and commercialization and a professor of physiology and biophysics at Weill Cornell Medicine-Qatar.