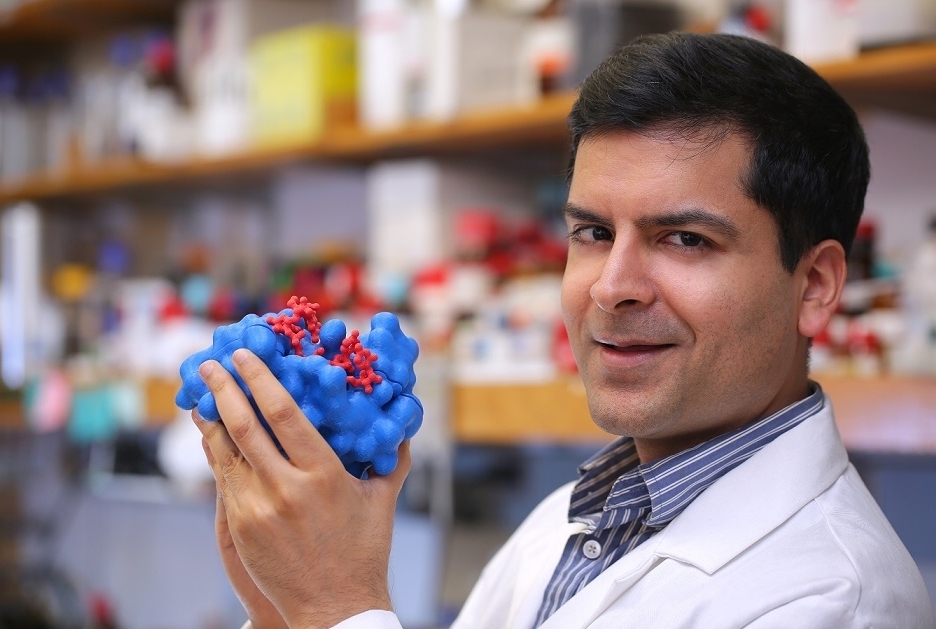 The National Human Genome Research Institute has funded a multi-institutional Center of Excellence in Genome Sciences (CEGS), based at Weill Cornell Medicine, to develop new tools to study the major product of the human genome, called ribonucleic acid (RNA), and determine how RNA functions to orchestrate the unique patterns of protein expression seen in human tissues and in disease. The new CEGS, funded by a five-year, $12.2 million grant, will be led by Dr. Samie R. Jaffrey, the Greenberg-Starr Professor of Pharmacology at Weill Cornell Medicine, and includes investigators at Duke, the University of California at San Francisco, New York Institute of Technology and St. Jude Children’s Research Hospital.

The Center for Genomic Information Encoded by RNA Nucleotide Modifications is one of 14 NIH Centers of Excellence in Genomic Science (CEGS) and is specifically focused on how chemical modifications of these RNAs can be dynamically regulated to control protein production throughout the body.

The human genome encodes messenger RNA (mRNA), which carries copies of the genetic instructions that determine what proteins the cell will make. The genome also encodes two other types of RNA, transfer RNA (tRNA) and ribosomal RNA (rRNA), which come together with mRNA in a cell to build the proteins according to those instructions.

The proteins that RNA makes vary, depending on the tissue they are in, from spleen to heart to liver, Dr. Jaffrey said, and those made in diseases like cancer are also different from healthy ones. So how does the cell fine tune protein expression to create this specificity?

RNA is “decorated” with nearly 50 distinct chemical marks displayed in a variety of ways. A decade ago, Dr. Jaffrey's lab developed the first method to screen for these marks in mRNA. Other researchers have found chemical marks on tRNA and rRNA as well. The three types of RNA seem to come together differently in different tissues, Dr. Jaffrey said, perhaps due to these chemical marks.

“The question is, what is the information these marks are encoding?” he said. “We're trying to decipher that code.”

This map, along with other tools already in the arsenal the center has at its disposal, should lead to the identification of sites on the transcriptome that are modified in various tissues, and pinpoint how the differences in these modification patterns help to define variations in protein expression across tissue types, or distinguish a disease from normal tissue. Flagging those specific modification sites on the transcriptome will allow researchers to home in on targets for disrupting disease processes and regulating cell function.

The center has also created a system to map all the modifications that occur in rRNA and tRNA and explore how they recognize and interact with one another to regulate protein expression. Data pertaining to modification of each of the three types of RNA will be synthesized into a unified view of gene expression regulation.

“Until now, researchers who study each of these types of RNA haven't really talked to one another,” Dr. Jaffrey said. “They're often very siloed, due to the specialized knowledge, approaches and even tools their work requires.”

The CEGS aims to change that. “The power of the center is to bring together people who are not ordinarily in communication with one another to use our combined expertise to understand this interaction of the three types of RNA, which is fundamental to making proteins,” Dr. Jaffrey said.

The new center's PIs will meet at least monthly, train new investigators and disseminate information on RNA characteristics and behavior. They will take an open science approach to their findings, sharing them in public repositories as soon as they are generated, Dr. Jaffrey said.

The value for human health in understanding the meaning of the chemical marks on RNA lies first in the possibility of developing even better vaccines for some diseases (mRNA serves as the platform for the Pfizer and Moderna COVID-19 vaccines), and also of understanding the role RNA plays in cancer's expression in cells, he said.

In addition, with that knowledge, “we could potentially develop therapeutic strategies to block those chemical modifications that instruct cancer growth,” Dr. Jaffrey said. “The CEGS is a start.”