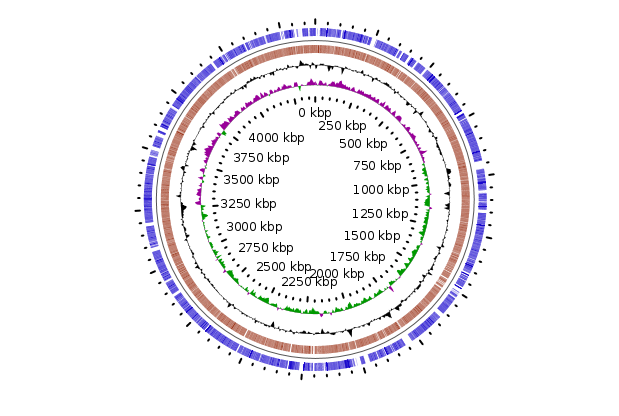 The effectiveness of fecal microbiota transplantation (FMT) in treating ulcerative colitis depends on a small set of beneficial bacterial strains, suggests a new study from researchers at Weill Cornell Medicine and NewYork-Presbyterian.

In the study, reported Oct. 1 in Gastroenterology, the researchers sampled gut bacteria from healthy FMT donors and from FMT recipients with ulcerative colitis, identifying the bacterial strains whose transfer correlates with treatment effectiveness.

The scientists found that one of these strains was linked particularly strongly to treatment success. They showed that its protection against colitis involves several interrelated mechanisms, including the induction of an increase in anti-inflammatory T cells in the gut, and the production of anti-inflammatory, gut health-promoting molecules called short-chain fatty acids.

“Fecal microbiota transplant has been shown to be effective in several clinical trials, but ultimately we need to identify the specific microbial factors that make it work and focus on delivering those,” said senior author Dr. Randy Longman, director of the Jill Roberts Center for Inflammatory Bowel Disease at Weill Cornell Medicine and NewYork-Presbyterian/Weill Cornell Medical Center. “This study takes us a significant step closer to that goal.”

Scientists over the past two decades have begun to recognize the broad importance of gut-resident bacteria in regulating human health, especially immune system and gut health. Both of these are disrupted in ulcerative colitis, the most common form of inflammatory bowel disease, which affects more than two million people worldwide.

FMT as a treatment for colitis is based on the idea that colitis patients have largely lost the bacteria that normally help maintain gut health by restraining gut inflammation. However, despite FMT’s striking successes in some patients, it is a somewhat crude approach that requires the securing of donor material, and brings a risk of infection, including with emerging pathogens. Moreover, its effectiveness is well below 100 percent and seems to depend on the FMT donor. In principle, though, researchers could overcome these drawbacks by discovering the factors that make FMT work and finding ways to deliver just those factors to patients, conceivably even in pill form.

In the study, the researchers analyzed samples from 20 ulcerative colitis patients, before and after FMT, and samples from the FMT donors. Using advanced bacterial strain-tracking techniques, they identified twelve strains whose successful transfer was linked to treatment success—and indeed predicted success with high accuracy in an additional set of FMT-receiving ulcerative colitis patients.

The researchers reasoned that bacterial strains engaging the immune system would be most likely to contribute to treatment effectiveness. Using an advanced technique called IgA-seq, they found that only one of the twelve strains, of the bacterium Odoribacter splanchnicus, showed clear signs of this immune engagement. In further experiments with mice, the Odoribacter strain had a strong protective effect against colitis. This protective effect was associated with three interconnected mechanisms: an increase in the level of anti-inflammatory immune cells called Treg cells, an increase in levels of the anti-inflammatory signaling protein IL-10, and an increase in levels of short-chain fatty acids such as butyrate that have been linked previously to gut health and protection from colitis.

“These three mechanisms didn’t completely account for Odoribacter’s effects, so there are still some mechanisms that remain undiscovered,” said Dr. Longman, who is also an associate professor of medicine in the Division of Gastroenterology and Hepatology at Weill Cornell Medicine.

The results suggest, in any case, that FMT might eventually be replaced with a more refined and efficient technique, for example based on the transfer of one or more specific bacterial strains.

Dr. Longman and his research team currently are running a clinical trial of FMT to determine, in part, whether the addition of dietary fiber improves the ability of Odoribacter or other beneficial bacterial strains to treat colitis.

“Our hope is that we can find a way not just to transfer these beneficial microbes successfully but also to boost their beneficial activities in recipients,” said first author Dr. Svetlana Lima, a postdoctoral research associate in Dr. Longman’s laboratory.